Why is my Sago Palm (Cycas Revoluta) leaves yellowing?

I got this plant from IKEA, and transplanted it with a cactus soil mix. However, the leaves are turning yellow from the bottom ring of leaves and spreading to the top ring. What may be the reason and how can I fix it? 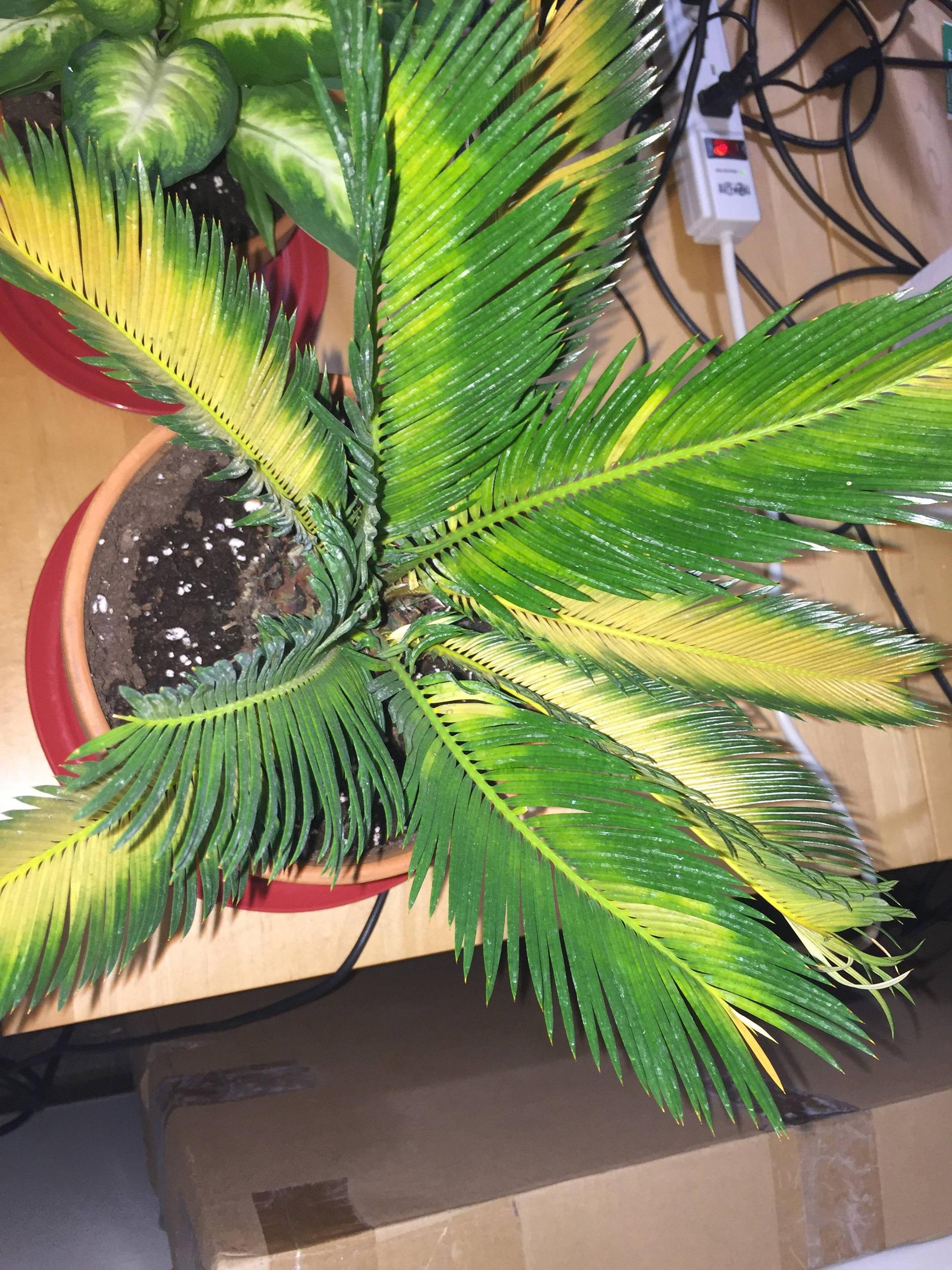 Yellowing leaves are almost certain to indicate root problems. The only exception that is likely to occur is chlorosis, which is an iron deficiency and is identified by yellow tissue riddled with green veins. This is not your pattern.

The most common root problem and likely your problem is root anoxia - the roots are not getting enough oxygen. In other words, you are probably watering too much and the roots are drowning. The remedy is to not water so much.

You can substitute a chop stick for your finger. Plunge it deeply into the pot and use it like the dip stick used for checking the oil in the engine of your automobile. Pull it out occasionally and check if the chopstick is wet. If it is, don't water.

If you were to stop watering altogether, your plant likely will begin to turn green and then it would eventually lose turgidity, meaning the stems will droop. If you then water, turgidity will return in a matter of a few minutes to a few hours.

Lastly, there is the possibility that your plant has root rot (a Phytophthora infection). If so, your plant will not perk when you stop watering. Then I suggest you get some 3% hydrogen peroxide at your local pharmacy; put 2 tablespoons of peroxide in a quart of water and drench the roots with the solution (i.e., pour it on the soil surface so that it will drain through all of the soil; make more if a quart isn't enough). Then resume not watering until you absolutely know it needs watering.

Not the answer you're looking for? Browse other questions tagged diagnosis leaves or ask your own question.