Why do my potted plants have stems but no branches?

I have more than 10 plants on my balcony, and almost every one of them has long stems with no branches. We water them every morning, and the sunlight is good. They are like this throughout the year.

I have made a figure to illustrate this. The green colour represents leaves. 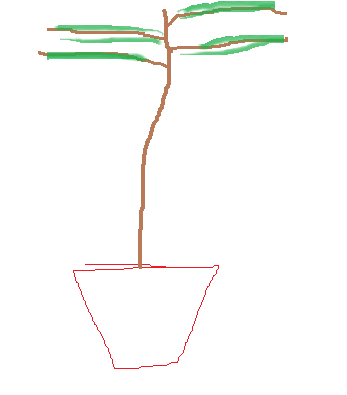 The main stem is tall, but there are no branches developing from it, except around the top. It's the case with every plant. All are different types of plants, but it's the same case with every one of them. 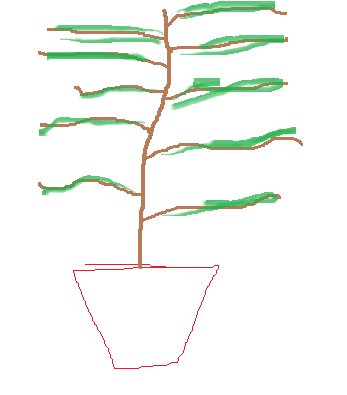 What's wrong with them?

One of them is Araucaria heterophylla, also called Norfolk Island pine.

Difficult to notice the details, as there are many plants nearby :D 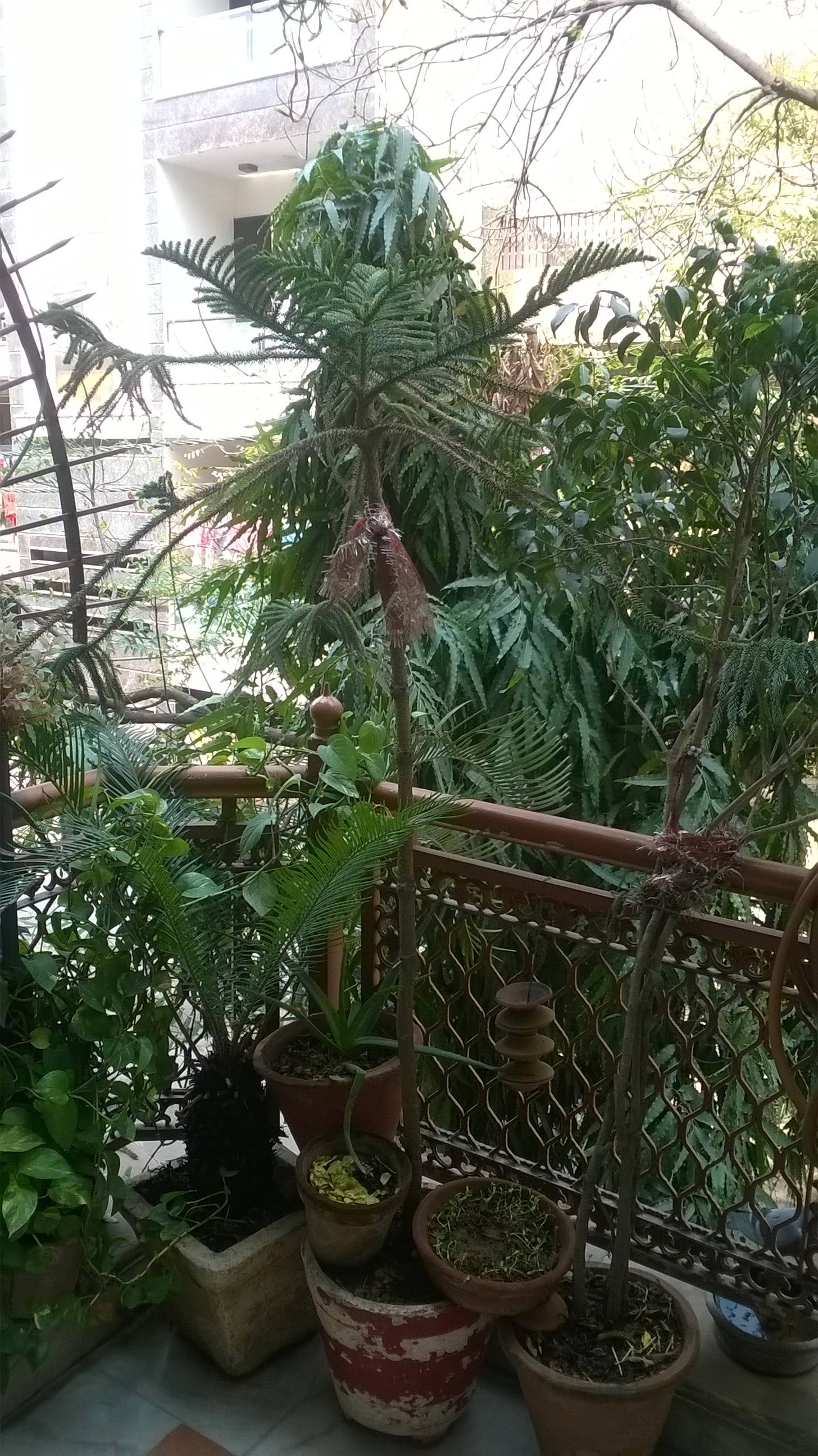 If one of them is Araucaria heterophylla, and the other potted plants are also large (eventually) plants, and you say the light is good, then the problem is likely to be the size of the pot. The Araucaria wants to become a large tree, so if it doesn't have enough root room, you are likely to get a long stem with some growth on the top over time. Photographs showing the plants and their pots would have been useful to decide whether what I'm saying is genuinely a problem, but Araucaria also actually prefers mostly shade, with some early or late sun.

You've provided a photograph - first, yes, the Araucaria is in a pot that's too small for it. Given the height of the main stem, it would appear it's been in that pot for some time, even allowing for poor light levels, because this is a slow growing plant. On the other hand, since this plant wants to spread out as much as it grows up, I would say you haven't sufficient room on your balcony for such a plant anyway - in the ground they get up to 20 feet wide, particularly at the base, and whilst a well grown potted one would be less wide, it still will make 4-6 feet. Second, although you said light levels on your balcony were good, they appear to be anything but - there is, as you pointed out, a bunch of plants growing the other side of your balcony which are blocking light. Given that's the case, unless you choose shade lovers, I'm sorry to say most plants will do poorly in such conditions.

Not the answer you're looking for? Browse other questions tagged diagnosis houseplants plant-health plant-care pines or ask your own question.

6
Why does my Norfolk Island pine tree have brown needles and drooping branches?

16
Why did my pepper plants suddenly shrivel?
5
How to propagate Norfolk Island pine and asparagus fern ?
3
What's the best N-P-K ratio for Norfolk Island Pine?
5
Potted poinciana leaves turning yellow
4
Crippled young leaves on pepper plant
4
Why are my Bell pepper leaves deformed with contoured edges?
4
Why have the leaves of my Dracaena marginata completely fallen off?