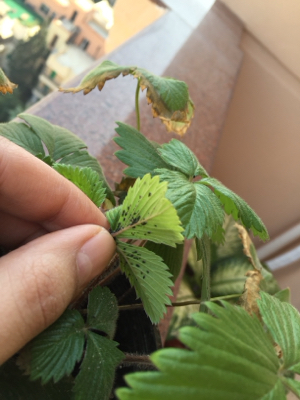 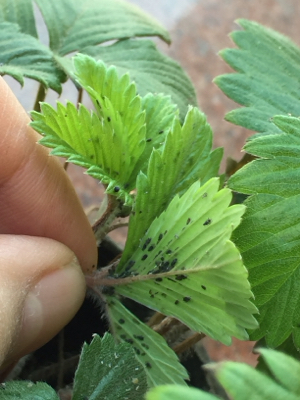 12
How to stop small black worms from eating my strawberries?
3
What are these black round dry spots on my Aloe Vera leaves?
2
Brown/Black spots on Jade Plant leaves
1
White-ish powdery spots on my strawberry plant
1
Strawberry plant or not? It has jagged toothed leaves. I didn't plant it
1
Strawberry leaves have purple-red rust spots
1
What could this little plant be?
5
Mint plant with white spots and black dots. Possible insect culprit
3
Black spots with white ring around them on Zinnia leaves