What is this white growth on my euphorbia stenoclada (spiky succulent)?

I picked up this plant from a plant shop in Phoenix. This white scaly stuff seems to be spreading. I had a second plant just like this that had much more growth on it and it eventually died. I'm really hoping to save it.

Any idea how to treat this or what it is? 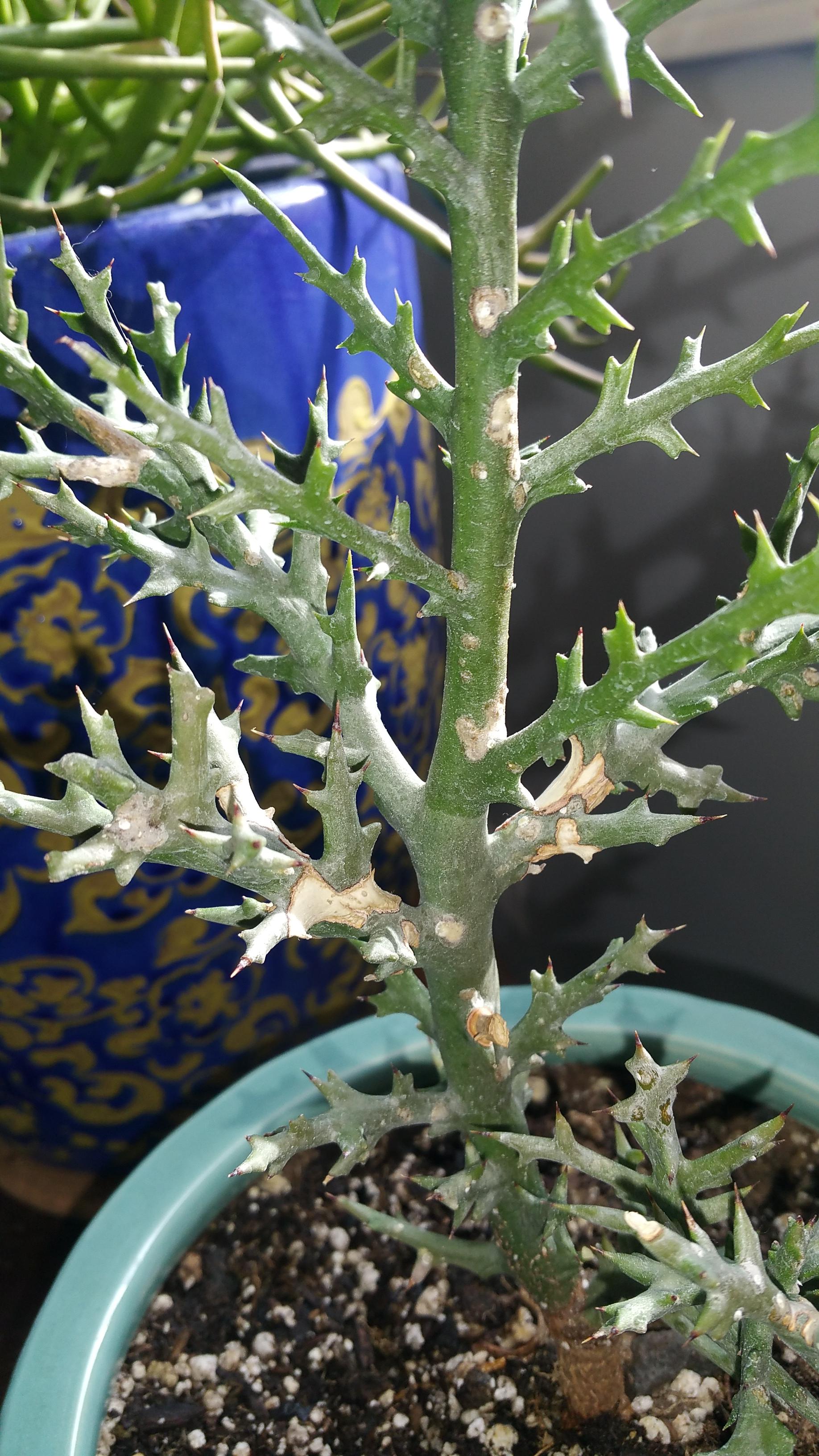 It looks vaguely similar to scale, but I really don't know.

I suggest that you dip a Q-tip in isopropyl alcohol and then touch a few of these spots. If they fall off you know it is scale or some similar bug.

You can treat the whole tree by taking it outside to spraying it with NEEM oil (at the label prescribed dilution). One spraying will wipe out most if not all of what you see. Be prepared to repeat the spraying again in one to two weeks time as eggs laid by these guys will have hatched.

If the Q-tip test doesn't have any effect, it might be fungal/bacterial. Again I don't know what it might be, but spraying with hydrogen peroxide will kill most fungi and common horticultural bacteria. Dilute at the rate of two tablespoons of 3% peroxide per one quart of water.

Not the answer you're looking for? Browse other questions tagged identification succulents fungus or ask your own question.