How Do I Rehabilitate my Norfolk Island Pine?

We have a Norfolk Island Pine that was doing reasonably well...until we moved. Unsurprisingly, being packed up in a wardrobe box and driven across the country in a moving van (this was in December, so also in very cold weather) has not been good for it.

At the moment it is extremely droopy - most of the branches don't feel dry, but rather limp. We had to shift it in the soil, because it was no longer stable, which I expect is similar to being repotted.

At the moment, we're in a dry climate, and the plant is indoors, facing a window, and is watered ~ once a week or when the top inch or so of soil is dry. It hasn't shown much improvement in the past few weeks, and I was wondering if there is anything else we should be doing. 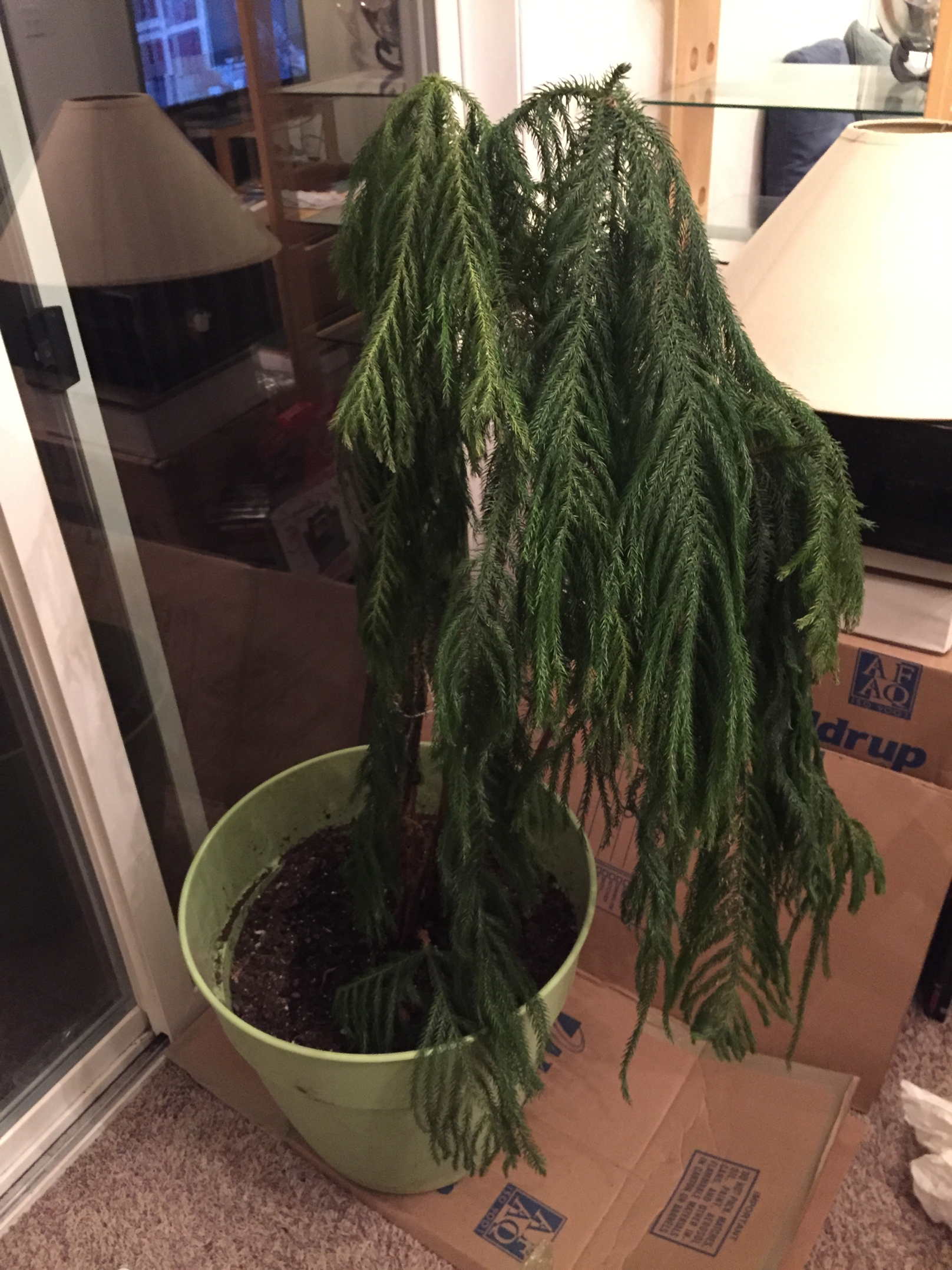 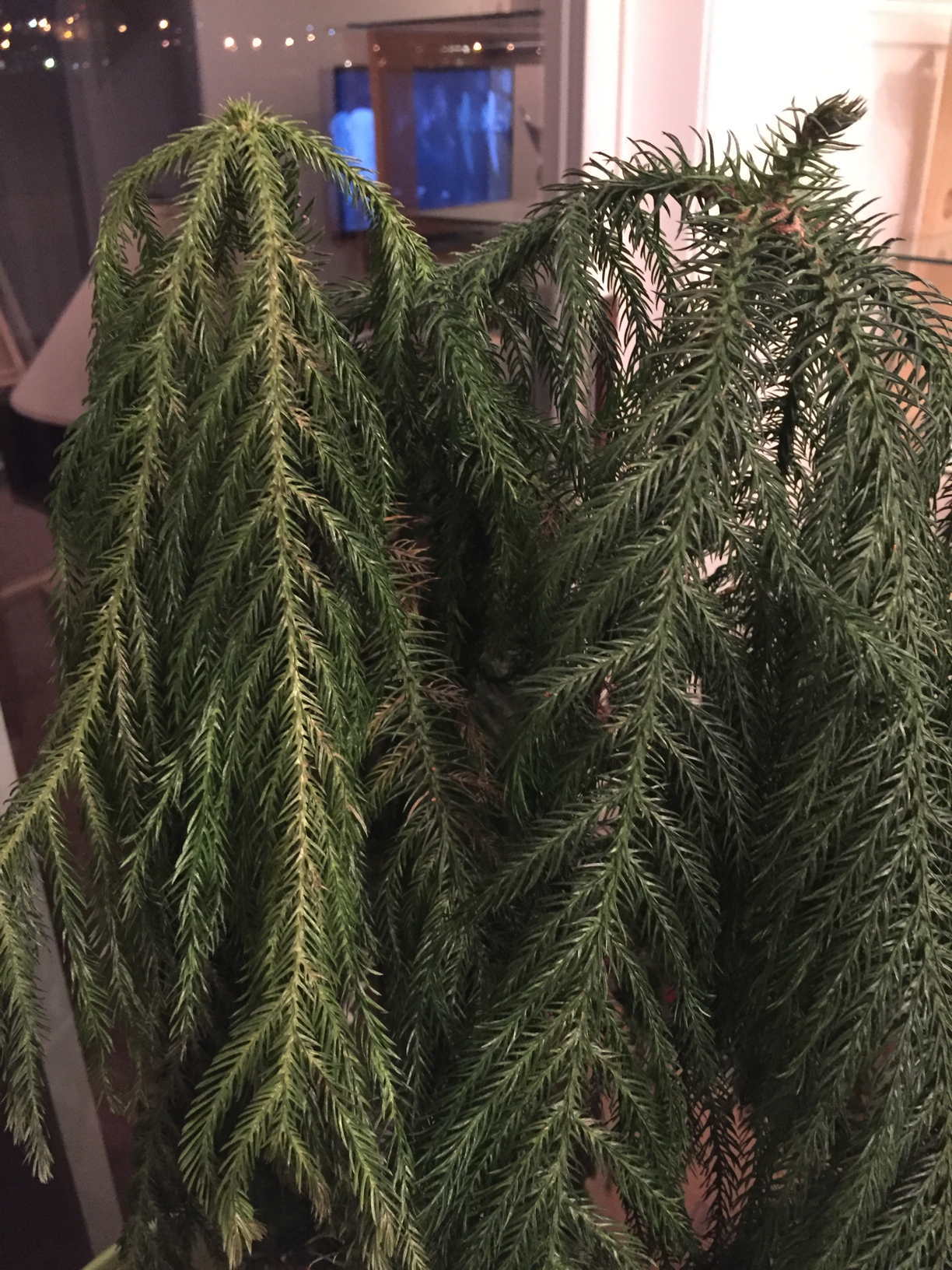 This is reaction to the cold and there is not much you can do in addition to providing bright diffuse light and consistent watering. The Norfolk Island Pine is quick to tell you about it's environment:

With your plant it may slowly shed all the branches it has over time but the tip looks in good condition so it will continue to grow.

Do not cut this plant back. It is a tree with strong apical dominance and only grows from the tip.

Not the answer you're looking for? Browse other questions tagged plant-health pines or ask your own question.