How to treat a Jade plant with yellow leaves and holes in its leaves?

My succulent has developed some weird disease, first it only looked as if something was eating it but then the leaves started turning pale and yellow.. I never fertilize it and I irrigate it once a week. Does anyone has an idea what the disease is about and how to treat it? 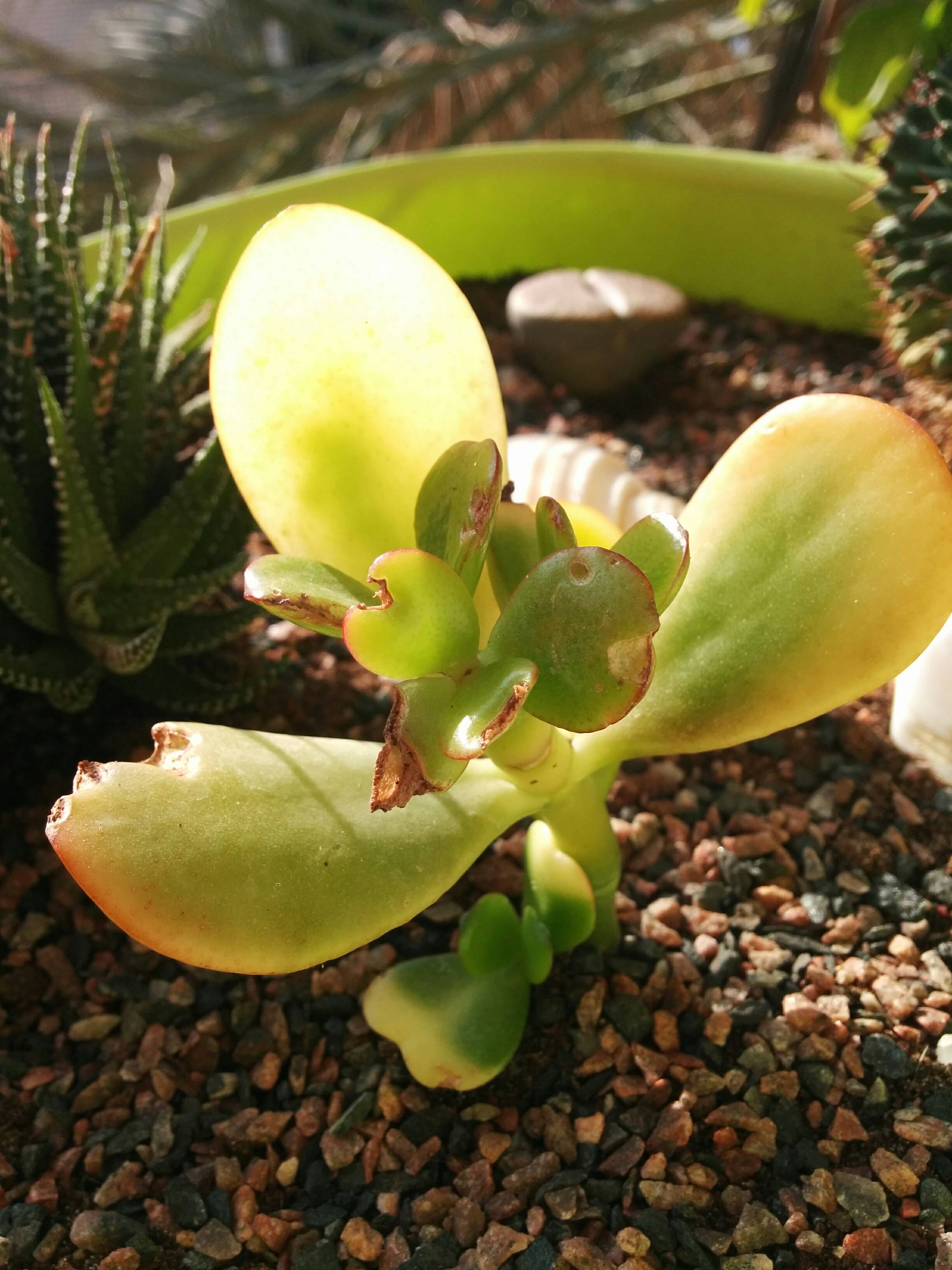 To me it looks like over watering or poor drainage. If this is a cactus/succulent pot then don't water it on a schedule. Water it when the soil has a chance to go dry.

The problem does look likely to be environmental rather than an infestation or disease. Jade plants (Crassula argentea) like plenty of sunlight, particularly in winter, and good air flow around them, so if it's in the house, near an open window in summer is helpful. You haven't said where you're keeping your plants but I think that's a Haworthia I can see in the background, off to the left, which appears to be in the same container. Haworthia do not like direct sun, they just need strong daylight, so the two plants are somewhat incompatible in terms of light requirements. They like average temperatures, but much prefer a good differentiation between day and night temperatures, rather than its being even all the time. It doesn't seem as if you're overwatering particularly, but all succulents should have reduced watering in winter, only sparingly watered, and once a week may be too often if it's winter where you are.

At this stage, I'd suggest you take it out of the container it's currently in and pot it up separately, giving it the conditions it requires, to see if it recovers and grows normally.

Not the answer you're looking for? Browse other questions tagged diseases container-gardening succulents jade or ask your own question.

16
How to treat a succulent with holes in its leaves?
3
Why is my jade so droopy?
16
Sudden Outbreak of Yellow Leaves on Tomato (and Other) Plants
5
Cucumber plant turning yellow and babies dying
3
What is wrong with this Jade Plant? (Yellowing Leaves, Spots, White powder)
1
Dark spots on plant with heart-shaped leaves
1
Cactus growing in a stem between two leaves?