What plant looks like a Peace Lily but has no flowers?

I've been helping my grandmother dig up a plant from her garden in North Carolina, and I'm trying to identify it. I've been looking at plant ID sites and the closest one in leaves is the Peace Lily, but this has no blooms. It spreads easily and the roots resemble something that might be tubers. Or how ginseng looks. It's thick. They don't go too deep in the ground.

The leaves are pretty close to Peace Lily, but they don't round out as much. These shoot up in like a roll and slowly unroll. They're a solid deep green. They're not really shiny or waxy. They're smooth but sturdy.

During the summer, they were growing in a big clump in the sun. Since winter has come she's moved all the plants she could to the basement, so they're not getting much sun at the moment.

She's dividing them up to give to people as houseplants, so we'd really like to know what they are.

EDIT: So, I have some new info and pictures! My grandmother told me that the original plant that she transplanted bits of to the garden outside...That she's had it for 50 years! She said that her mother gave it to her and she's been caring for that and a few others since then. I have no idea what kind of plant this could be! XD 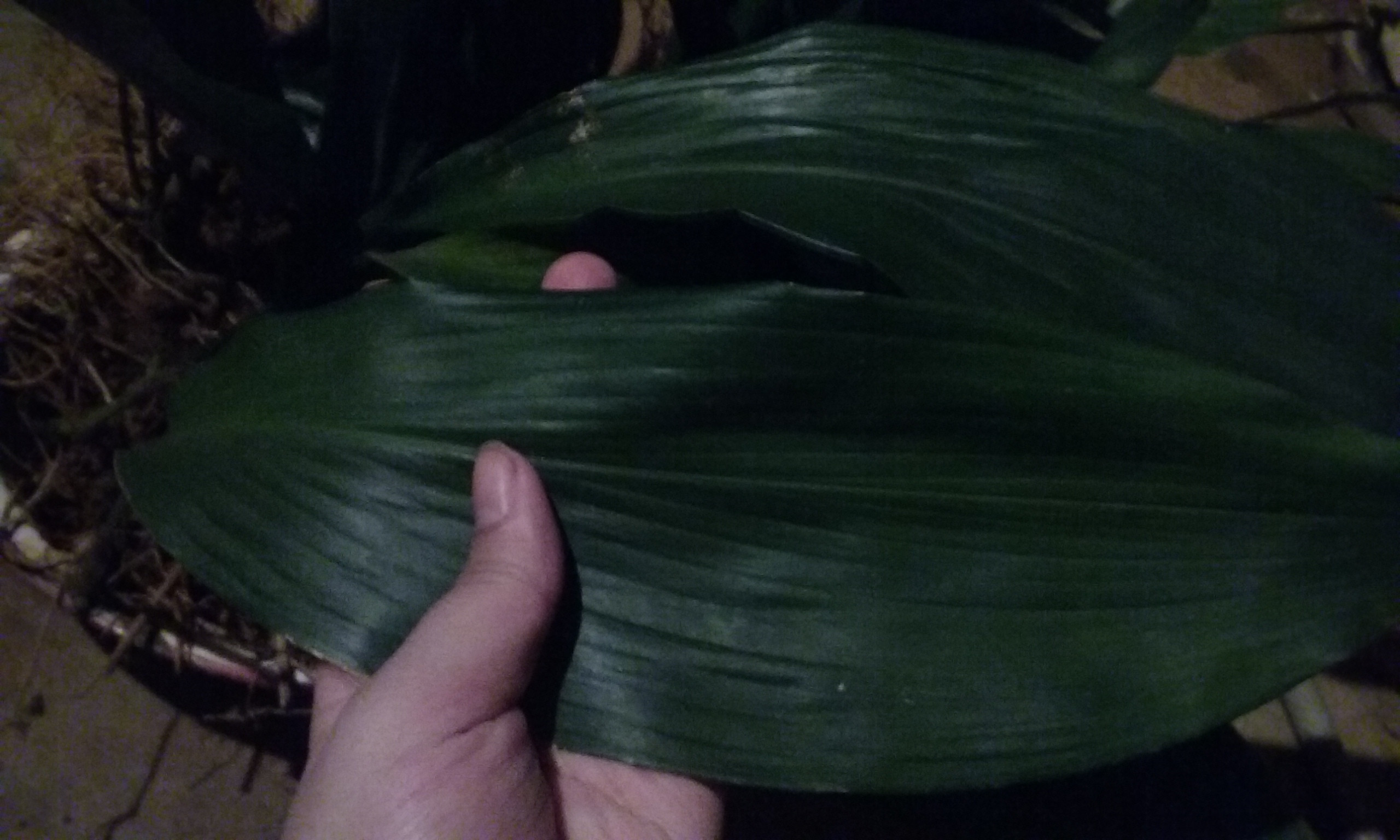 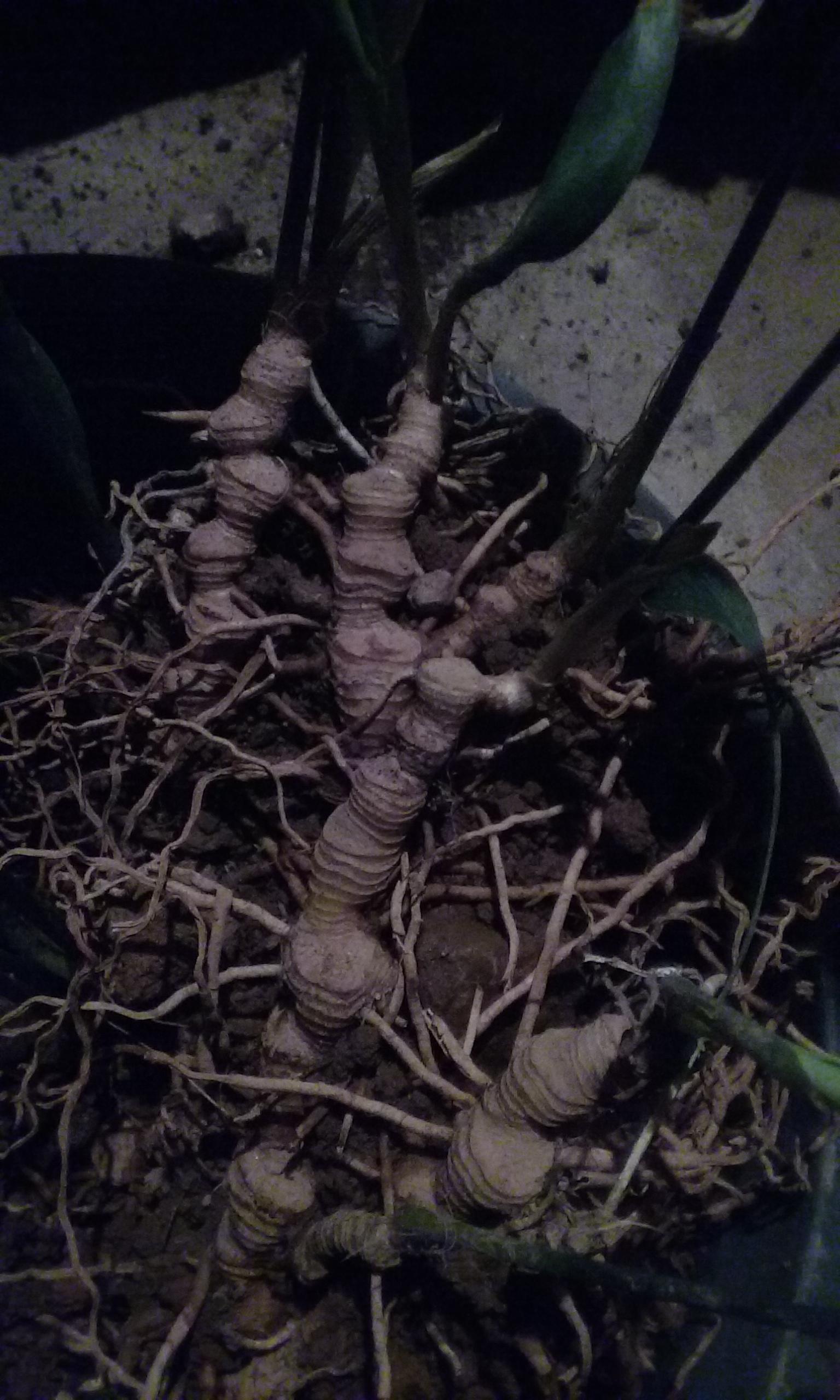 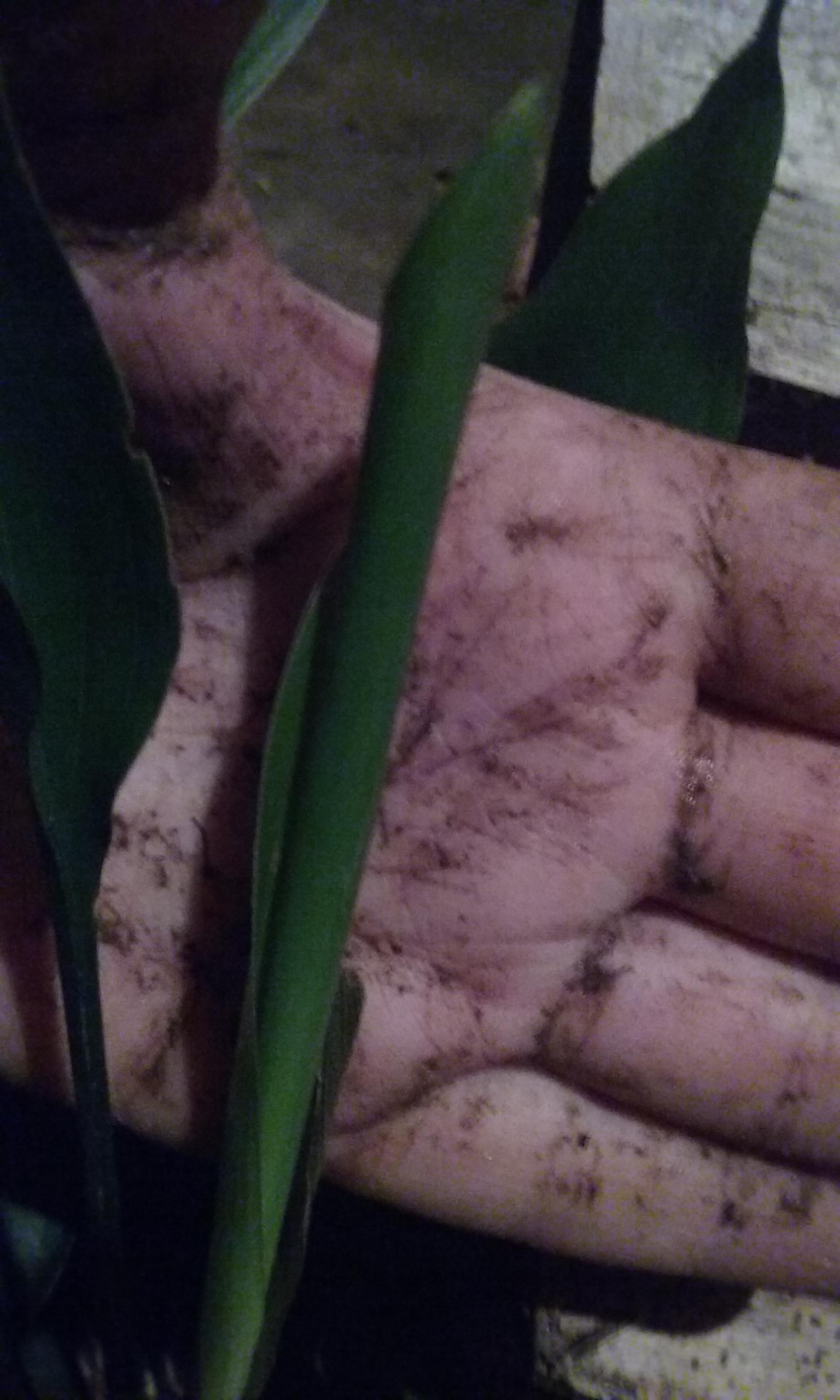 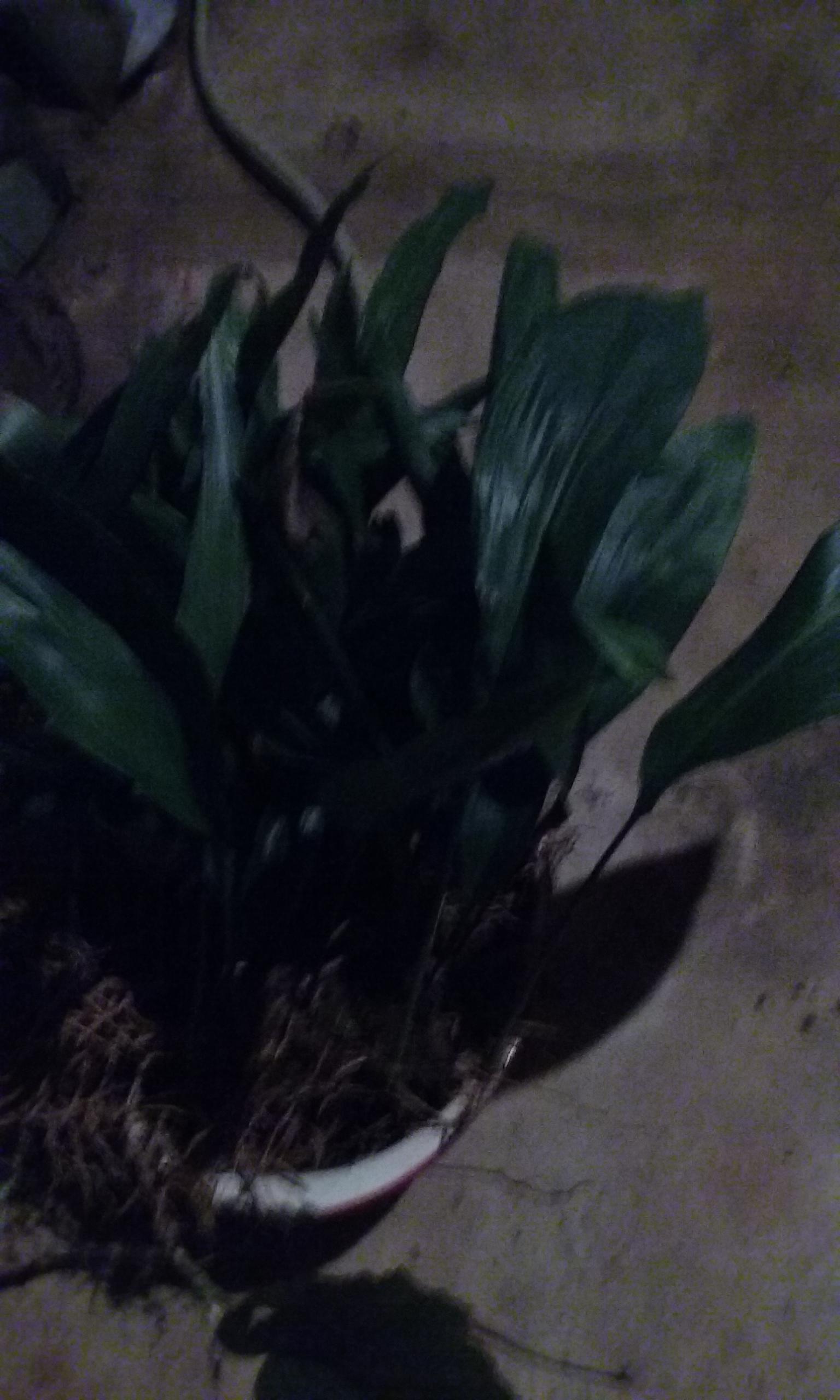 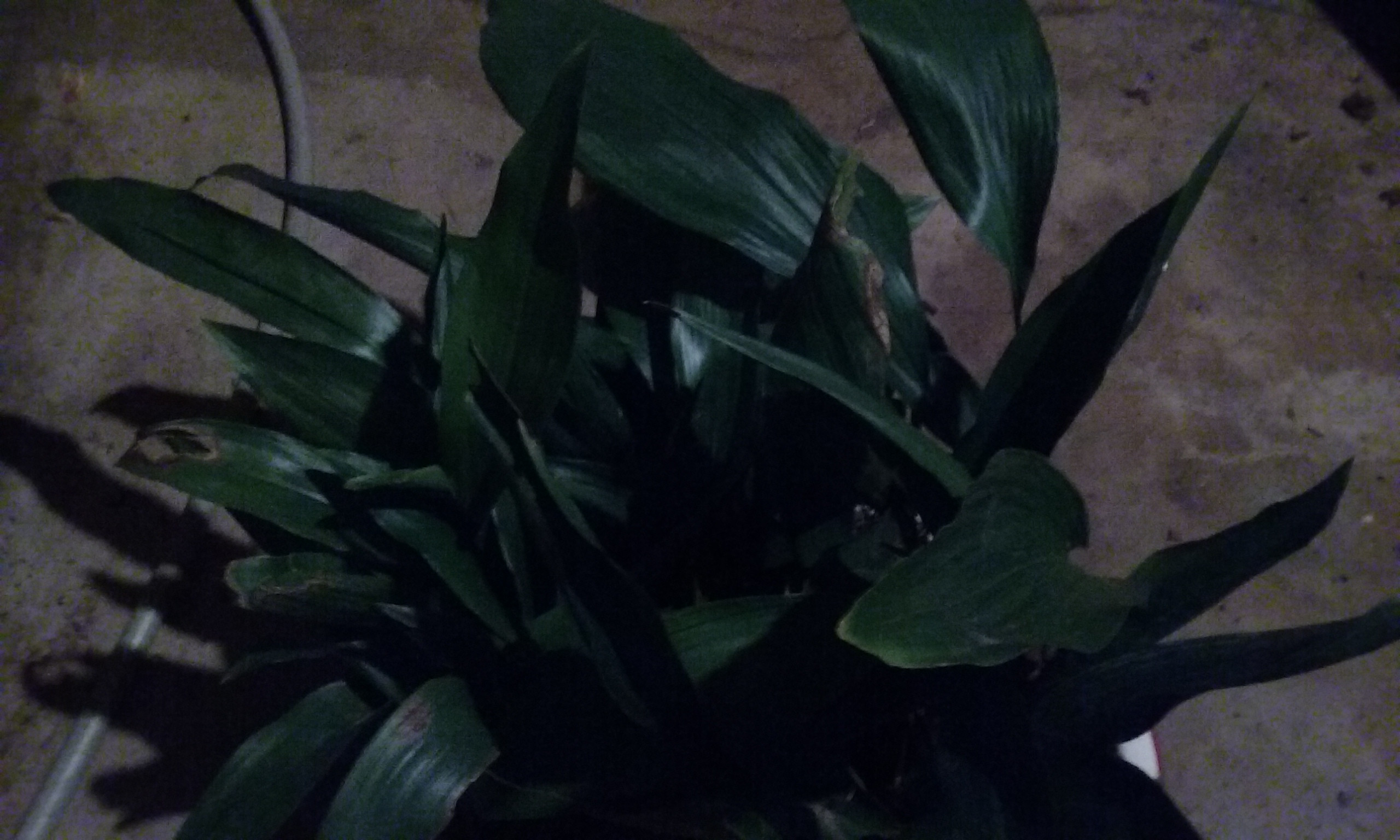 It's an Aspidistra elatior; a common name is the cast iron plant. It has been grown at least from Victorian times in unheated, cold and draughty areas, so it is very hardy in the southern UK indoors, and outdoors in areas without too much cold or frost/snow.

Looks like plants my Grandmother & Mother had indoors in The Bronx; we called it Snake Plant & when I moved to the DC area folks called it Mother in law's Tongue?

4
Should I cut off severely bent stems (folded on darker line or spot) on my Peace Lily?
6
What is this tall perennial with fragrant white flowers?
5
Droopy peace lily
5
Why is my Peace lily dying?
5
Is this some variety of peace lily?
1
Can this fittonia argyroneura be saved?
3
my Peace Lily is getting droopy but I’m not sure why
1
Excessive browning of Peace Lily
3
Peace Lily: Are these spores or eggs?