Is it some virus attack which I read on the internet. Please refer to the image. 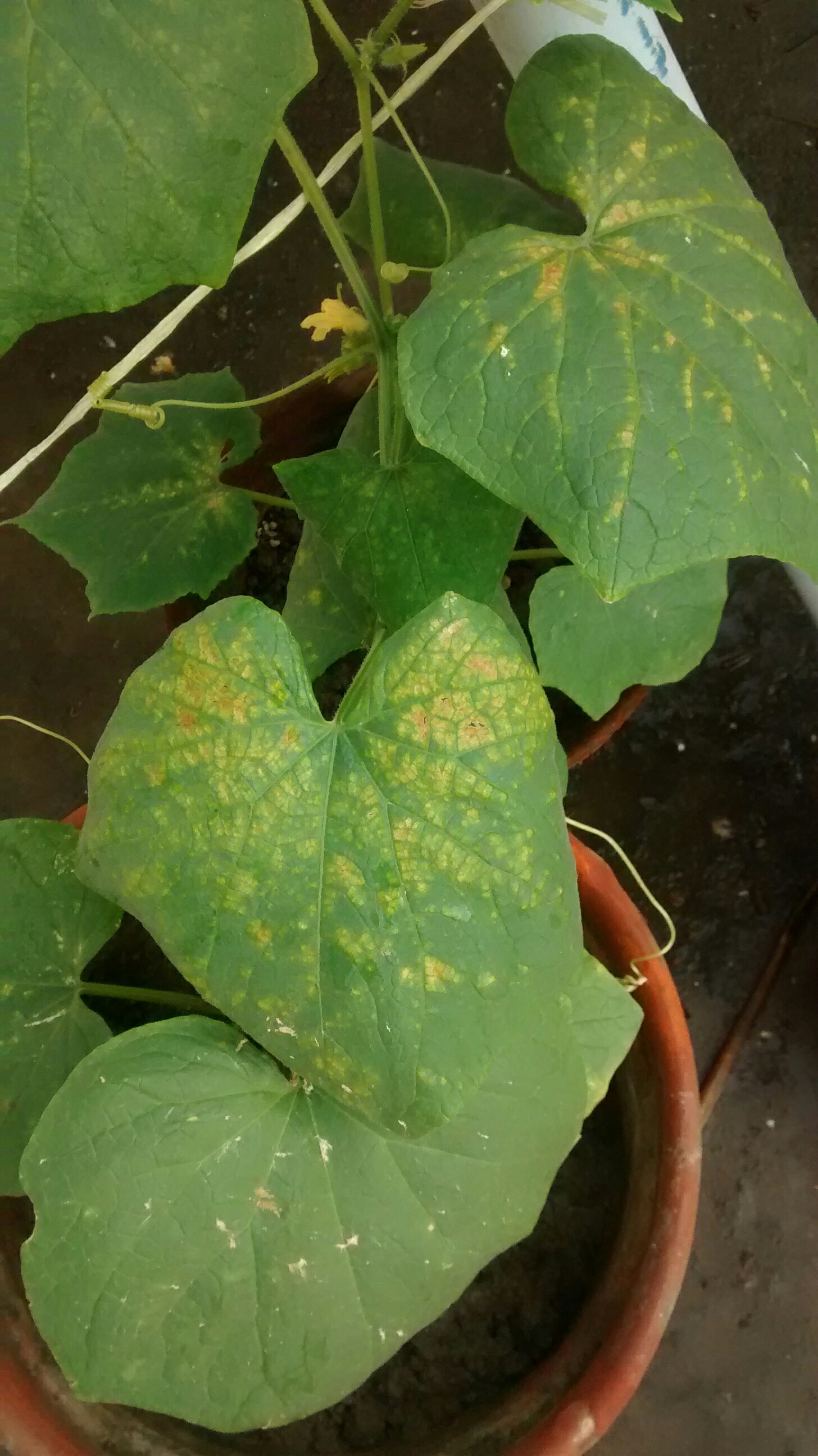 Keeping your plants strong with proper nutrition, and with plenty of light is probably one of the best things you can do. Keep the leaves dry.

Downy mildew doesn't over-winter where it gets particularly cold (unlike powdery mildew). However, if you don't want to risk problematic infections, you can plant resistant varieties, such as the Little Leaf cucumber (it's also resistant to cucumber mosaic virus).

There are treatments for downy mildew, such as neem oil, but neem oil can hurt your pollinators. I imagine there are lots of other things that might work. My plants, which were indoors in a humid environment, had problems similar to this, although it may have just been edema (or both). Whatever the case, giving them extra potassium sulfate, reducing humidity and not crowding them helped.

If it's downy mildew, it'll probably be affecting mostly old growth. I'm not sure, but I imagine cucumber mosaic virus would affect the new growth more readily.

Anyway, it could be a pest (keep an eye out for small insects on the leaves, or signs of them), but downy mildew or CMV is my current suspicion.