I have some poincianas in pots that I started from seeds back in early July. In the summer, I kept them outdoors on the balcony and they mostly did quite fine, although later in August, some of the leaves on the lower branches would turn yellow with some areas remaining green, giving the impression of spots. The yellowed leaves also stopped opening up with the sun. I did a little research and discovered that poincianas generally prefer drier soil, so I reduced the amount of water they get.

Once the weather started to cool, I brought them indoors and put them in a bright and sunny spot. I have been trying to keep them very dry (watering lightly every 2 or 3 weeks), and while plants seem to be growing new leaves (although slower than in the summer), I'm still seeing lower leaves turning mostly yellow and then falling off.

How should I be watering these plants? I'm concerned about under-watering, but it seems that almost any amount of water lately is over-watering and causing leaves to turn yellow and fall. To be honest, they're not obviously wilted from lack of water, but they're still rather small (they are between 5 and 5.5 inches tall) so I was worried that too little water and they'd die and not recover. How can I safely water them without killing them?

The yellowed leaves are mostly on the right here, though you can see that one stem on the left side of the image is developing some yellowed leaves as well, closer to the trunk. The progression of yellowing always starts near the trunk and moves towards the tip. 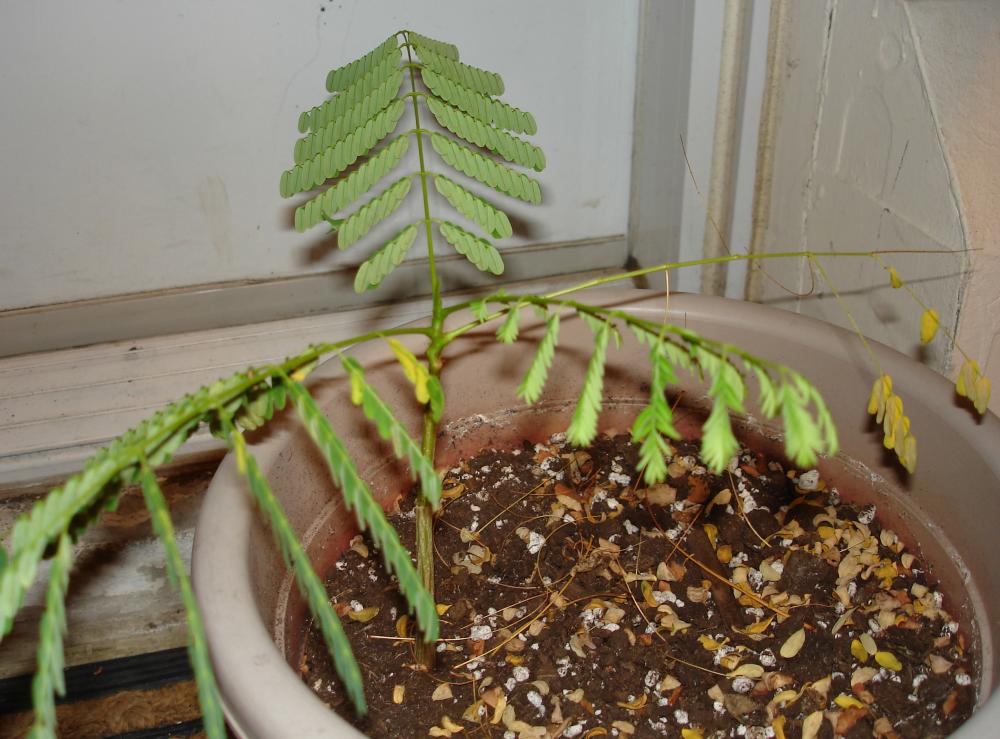 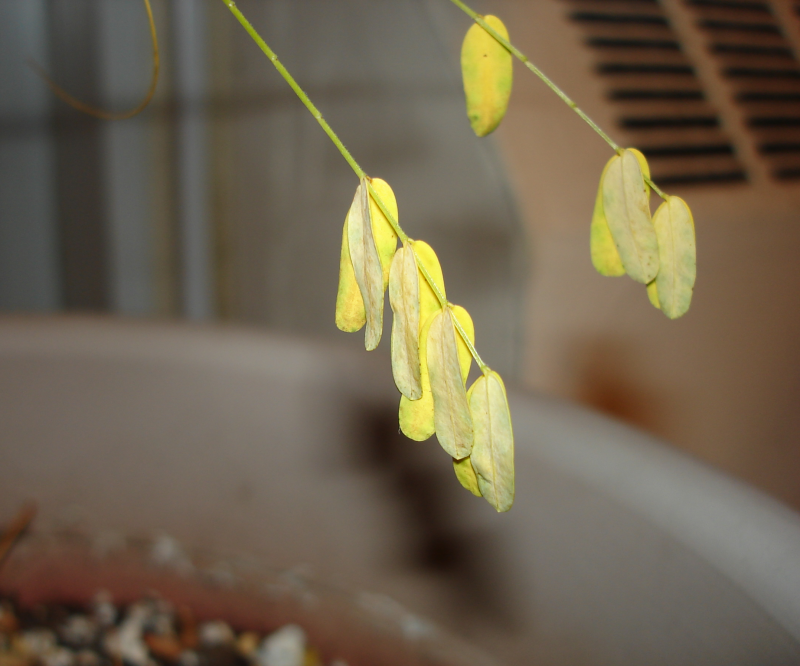 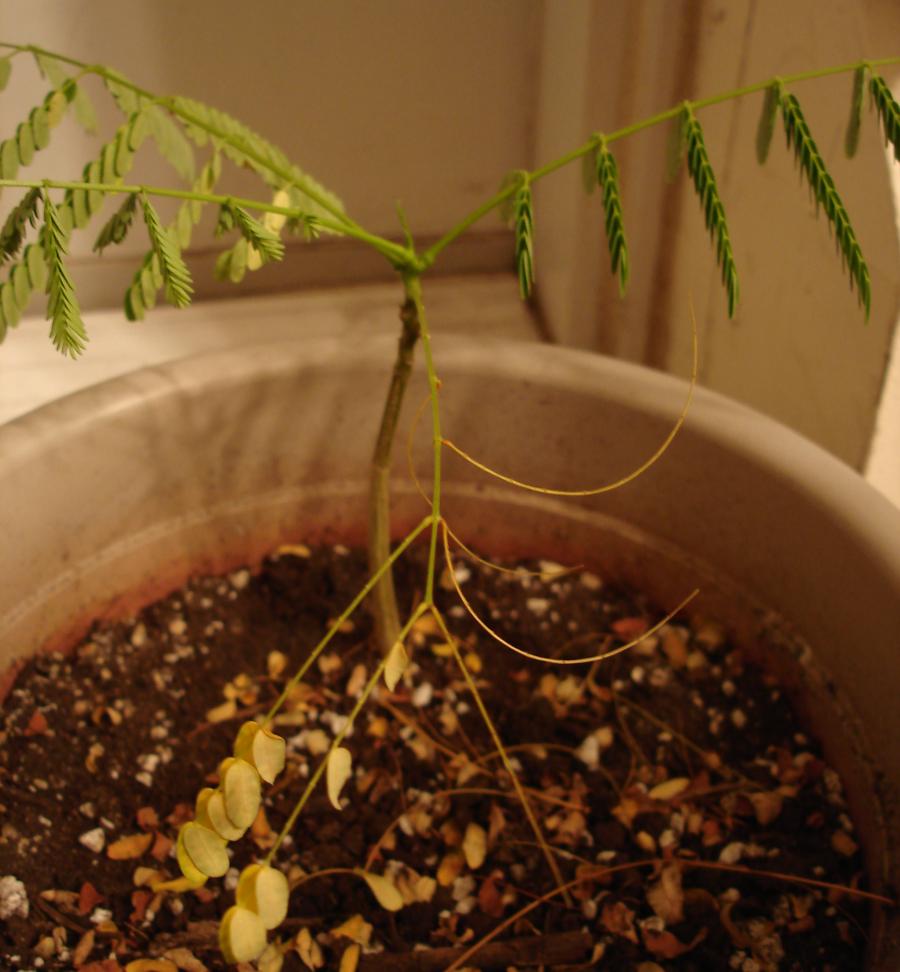 One problem I see is that the pots are way too big for the size of the plant. When there is a larger mass of soil that the plant has yet to root into the soil will stay damper longer.

I suggest down potting one into a six inch diameter pot. If you can get one that is narrow and deeper that would help too. That style of pot is more suited for your plants which want to be trees.

If you are providing good light you may have to repot late next year. You will know the time is right when the soil at the top has roots in it and it dries out quickly.

At that time pop it out make and take a look. Are the roots going around the exterior of the root ball? If they are cut them and scarify the root ball with a sharp knife and a series of thin vertical cuts. Repot one size up and repeat as required.

Not the answer you're looking for? Browse other questions tagged houseplants watering plant-health indoors tropical or ask your own question.