Why are the edges of my cucumber leaves drying out?

I have been growing cucumbers under 40% shade net. Last week the temperature was at 42° Celsius (105° F). At the end of last week, some of the plants started having burning and drying of the leaves' edges, then eventually the whole leaf start wilting. What can be the cause of this problem? The plant is situated in a dry hot valley, Southern Africa, Namibia. 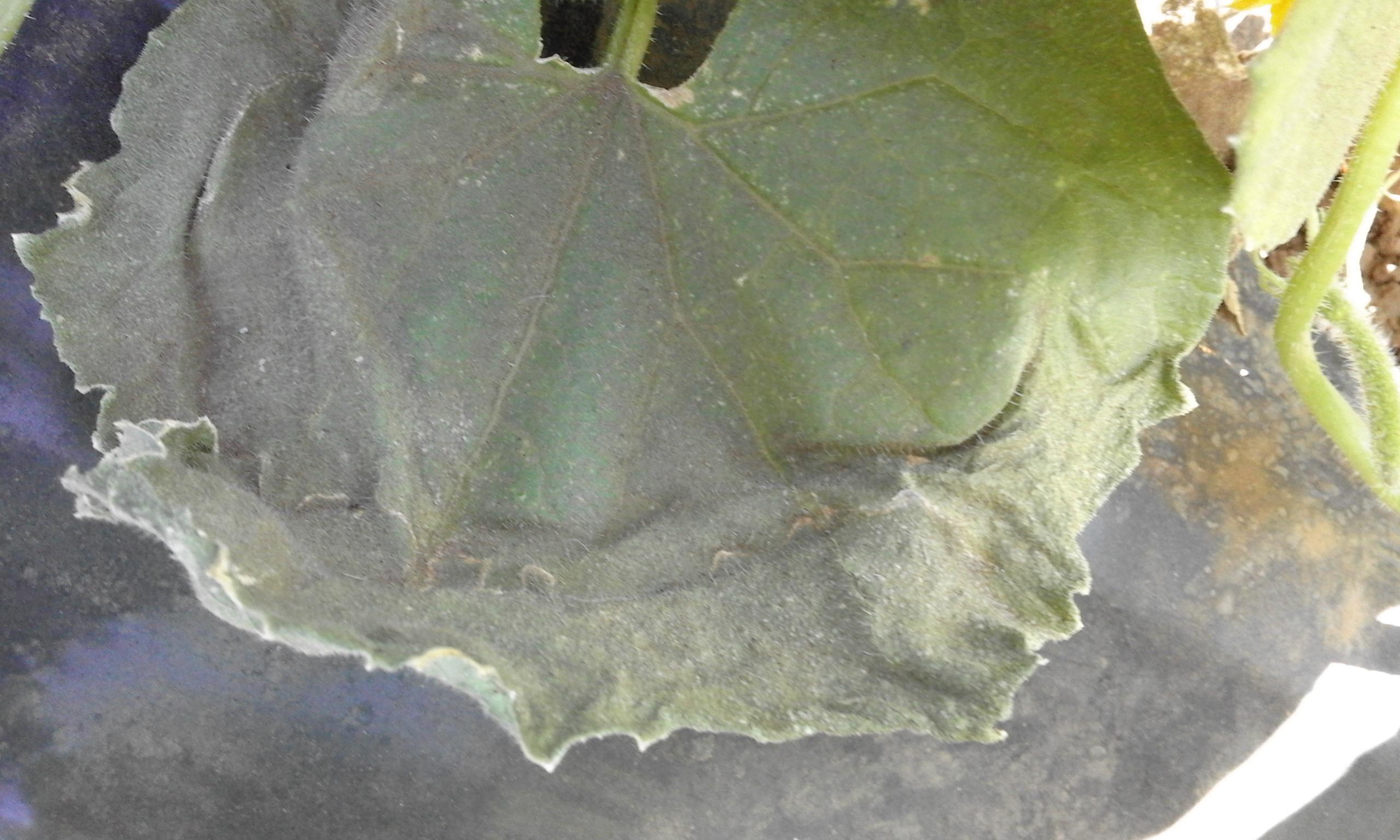 It's possible you just gave them too much nitrogen (or compost). That can cause leaf burning, and will probably cause reduced heat tolerance by competing with the available potassium. Flushing the soil with water might help, if this is the case (although I believe wet soil typically makes the existing nitrogen more available while it's wet--tell me if I'm wrong). Also, adding some extra potassium should help, if this is the case, since potassium and nitrogen are supposed to compete with each other, and the extra potassium should reduce how much nitrogen the plant takes in. This might be undesirable for your long-term soil if your potassium levels are already reasonably high. If they're not, I'd do it (if I wanted to save the plants).

Cucumbers can survive and grow in much hotter temperatures than 102 degrees F. without this symptom, although they probably won't set fruit or look very happy unless they're heat tolerant (like Beit Alpha), parthenocarpic (only for fruit set) or something. I'm guessing the problem is likely the heat affecting the nutrient availability in the soil. Potassium should increase heat tolerance to some degree. Potassium sulfate is a good kind that won't kill the microbes in your soil. Too much potassium can be bad, much as too much nitrogen. So, be careful.

I recommend planting heat-tolerant varieties for next year. You should have much better results.

I also recommend planting Kiwano (African Horned Cucumber). It grows wild in the Kalahari Desert in Africa, and immature fruits can be eaten like cucumbers. I'm guessing it'll do awesomely in your area. It requires a longer season than cucumbers do, though. If you happen to find it growing wild, be careful, because some of the wild kinds are toxic. Those ones, I believe, are bitter, and animals don't typically eat them. They do eat the safe kind, however.

Alfalfa hay or straw mulch may also help, and though I'm not 100% sure why, people in my area (which gets very hot in the summer) who use hay tend to get better results. It is supposed to encourage microbes, but it's also high in nitrogen. So, I don't know if it'll help you, but it might be worth a try. At the very least, it should be a buffer for the soil against the sun. If the sun isn't on the soil, it shouldn't be as hot. Soil temperature would be my primary concern for keeping the plants alive. Air temperature would probably be more of a concern for fruit set.

It's possibly a disease instead of a nutrient issue. It's also possibly a root problem. If the roots aren't doing well, sun may cause a lot of damage. Potassium and phosphorus should help the roots, if you don't have enough. There might be bugs in the soil eating the roots.

That's just too hot (102 Fahrenheit) The only thing you can do is water them twice a day and hope they survive the heat wave.

You've already got shade netting and that's probably why they are even still alive.

Not the answer you're looking for? Browse other questions tagged diagnosis plant-health cucumbers or ask your own question.

7
Why are my cucumber leaves turning yellow?
5
Why are my avocado's leaves drying out from the edges?
7
Cucumber leaves turning white, dying, with yellowish powder
10
Why are the leaves on my mango tree turning brown and drying out?
5
Cucumber plant turning yellow and babies dying
1
Solanum mammosum withering
1
Tomato plant w/ multiple symptoms. Under-watering? Over-Watering? Both?
1
Why are the new leaves on my philodendron drying out and brittle