What is this 'bleeding' mushroom?

I photographed this weird looking fungus growing out of an open cut in a tree (not sure what type of tree it was) on my parent's property last weekend in central Texas after some heavy rain. The mushroom was dark brown on top, with orange-colored fringes that seeped with this honey-like substance. Under the mushroom was a mass of swirled material with a woody appearance, though I suspect it was part the same or perhaps a different fungus. 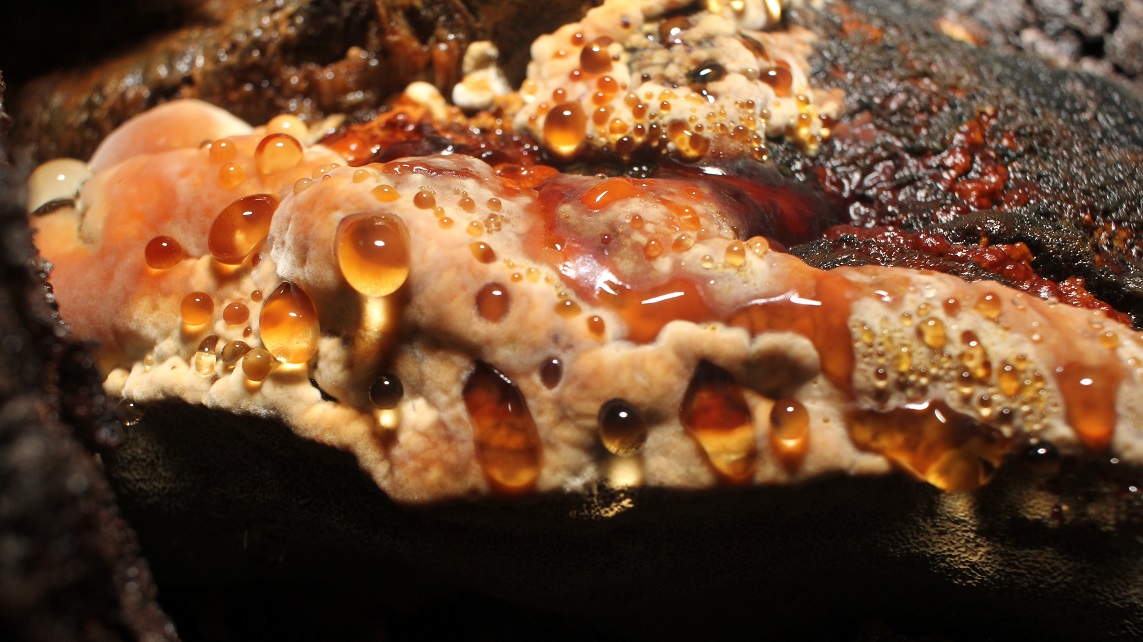 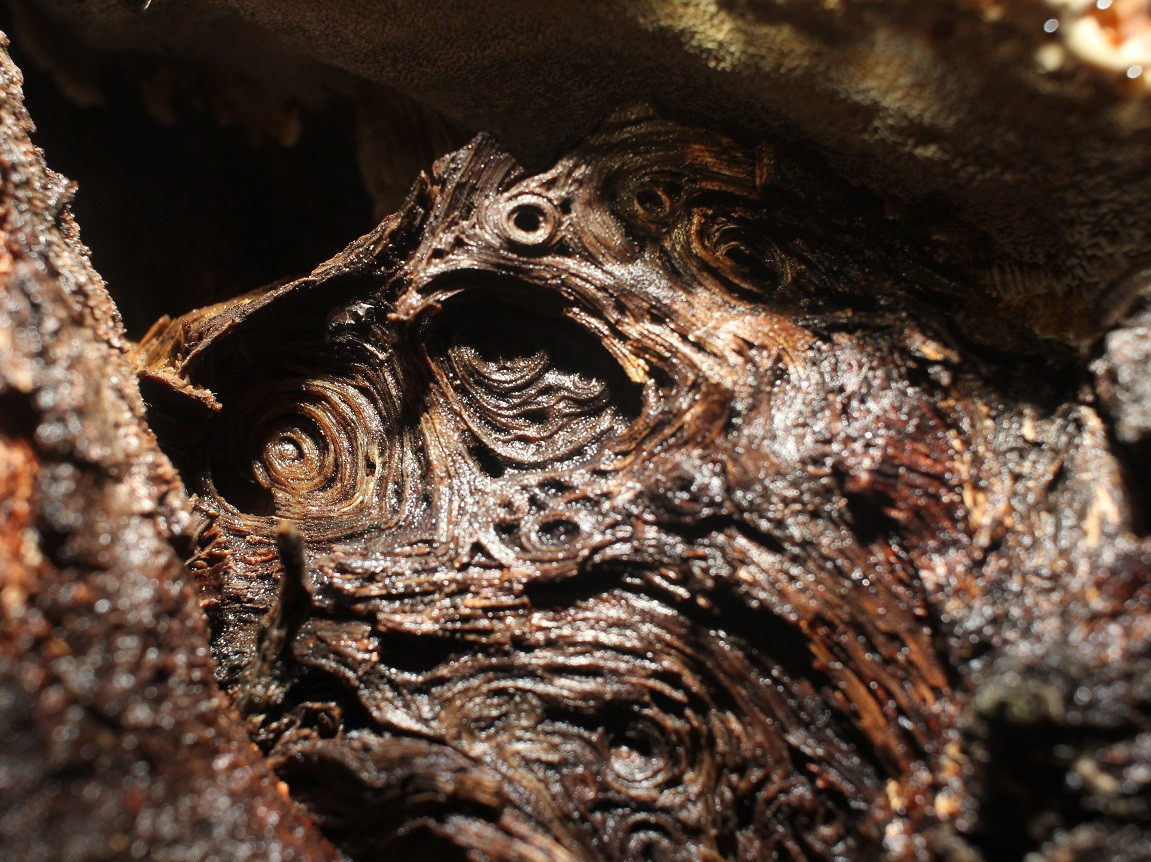 I don't know too much about mushrooms. The 'bleeding' around the edges of the mushroom reminds me of Hydnellum peckii or ferrugineum, but it lacks the 'teeth' on the underside of the mushroom (you can see that it's fairly smooth in the top part of the second image). The coloration and general shape reminds me of Phaeolus schweinitzii, but I don't know if that species can produce this kind of 'sap'. Can anyone help me identify what kind of mushroom this is? And what is the swirled material below it?

I don't know which fungus it is, but there are bracket fungii which exude amber coloured droplets (Shaggy Bracket, Oak Bracket fungus) although this one doesn't look like either of those. Trees, when they're infected, can also produce amber coloured droplets - sometimes they stink because its a bacterial infection, sometimes there's no smell at all, so it could be the tree is exuding this and it just happens to be coming out over the fungus.

The woody looking material most closely resembles a swirled burl - something highly prized by wood workers, and if that's what it is (you need to poke it, see if its hard and woody or not) then its one of the most attractive ones I've ever seen. Burls are formed in response to something which causes the tree's cell's to grow in a haywire fashion - the presence of disease of some sort might cause it, and the existence of the bracket fungus suggests this might have been the case.

However, the most important thing is, if the tree on which this is growing is anywhere near a structure or building, or people walk there often, it should be cut down and removed - bracket fungus of any sort spells death, and there is a high risk of the tree suddenly coming down.

Not the answer you're looking for? Browse other questions tagged identification fungus mushrooms or ask your own question.

9
Is this weird glob of brownish stuff a fungus?
20
What kind of plant/mushroom is this?
10
What is this mushroom?
6
What to do with this Bromeliad?
2
My heuchera has acne!
3
What is this fungi/ mushroom we found on our walk?
1
Very heavy smell while growing oyster mushrooms
1
Identify plant and problem, maybe a Sansevieria?
2
Fungus gnats and mushrooms in a Walmart strawberry plant
1
Help identifying this plant from Cali to CO