How should I deal with these ill pepper plants?

I've had these pepper plants for a year and a half now. They weren't 100% healthy when I bought them. The actual plan was to pick the fruits and then bin the plants, but I felt bad doing that! They had gotten lots of bugs on my balcony, so I applied soapy water and alcohol and rinsed and replanted them. They have been doing great, giving me good fruits, but I could never get rid of the curly leaves. (Here is my previous question regarding this.)

A while back I went away for a month, (I attempted to give them a self-watering system), and came back to see lots of leaves that looked burnt/dried. I trimmed them, and they had started doing okay again, but now there are loads and loads of annoying brown bugs. I've applied an alcohol/soapy water spray over and over, but it hasn't helped. The last time was around 10 days ago when I was going to leave for a week, and I decided that I'd bin them forever if the bugs weren't gone when I got back. Not only are they still there, but there are many more of them, and they're killing all the blooms and baby fruits.

Is it worth attempting to fix them or should I just bin the whole thing? 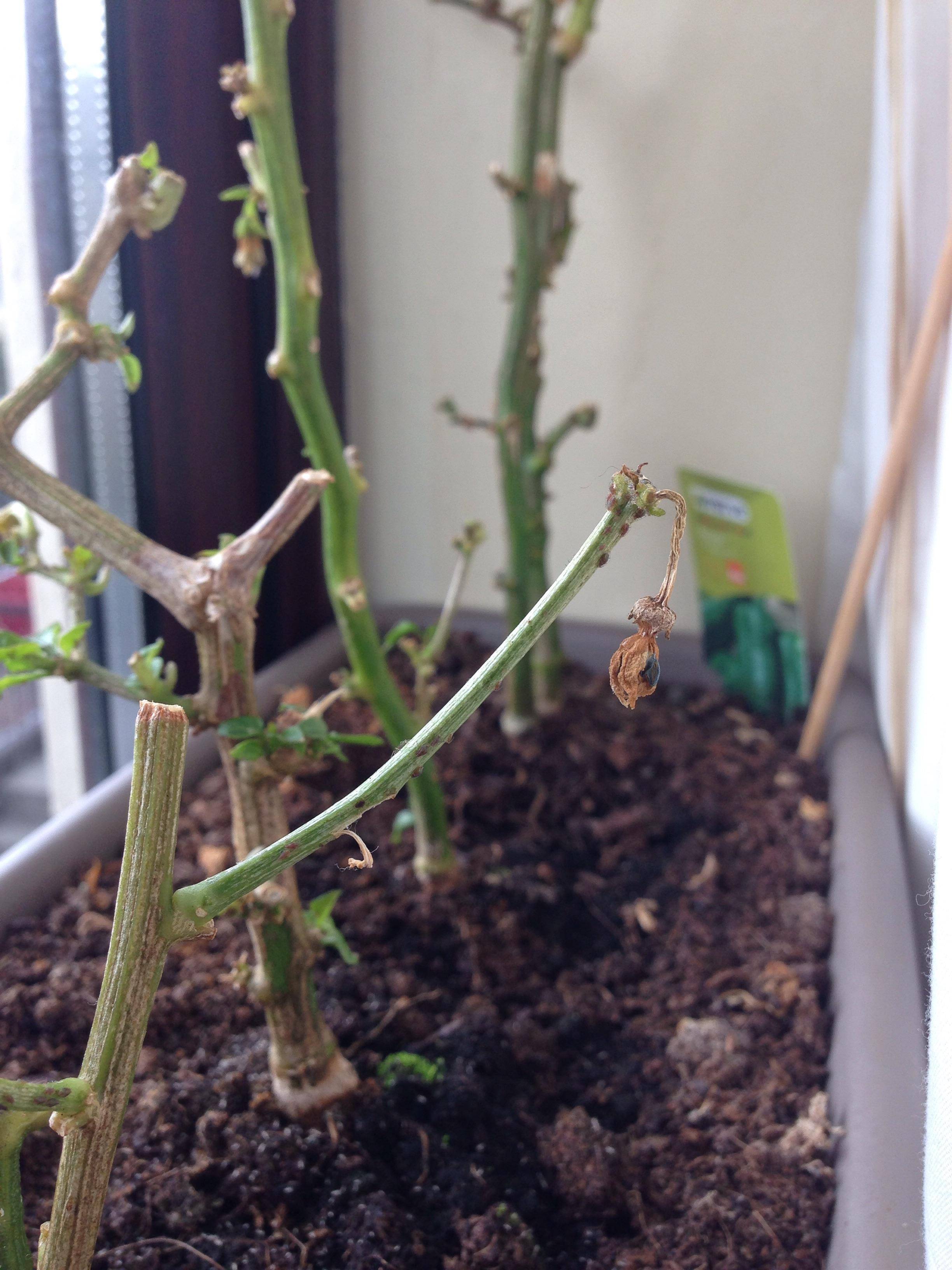 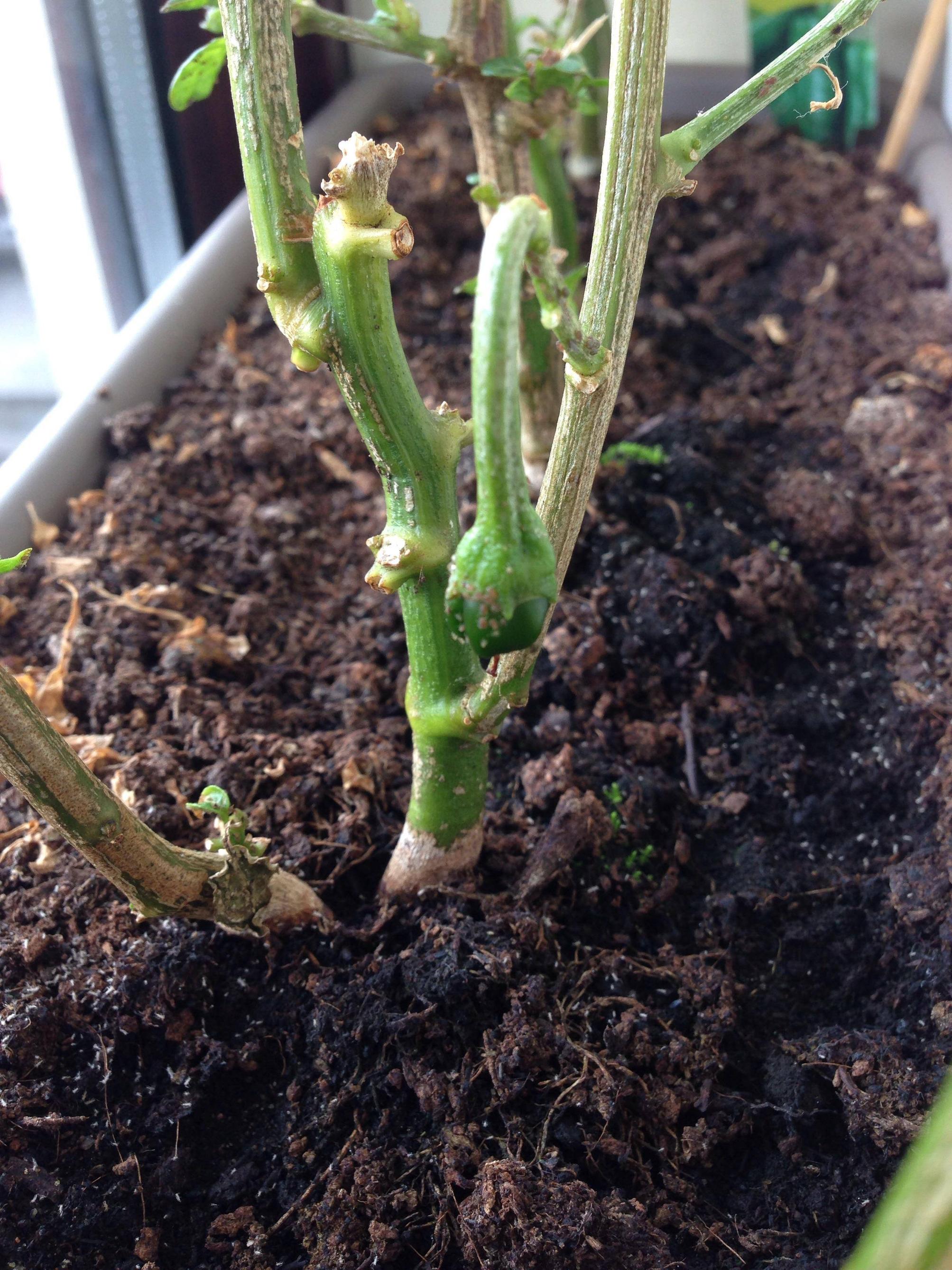 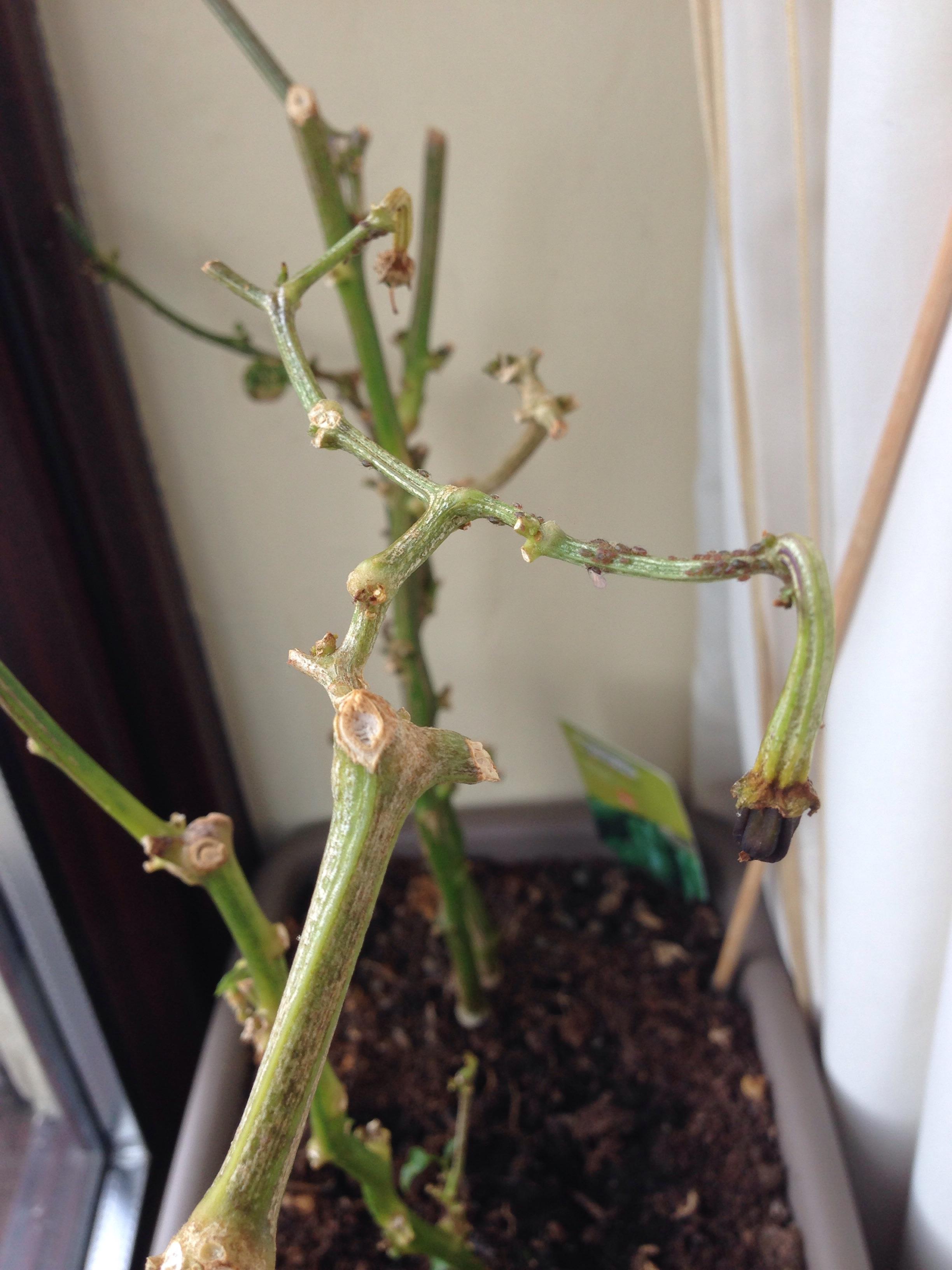 P.S. They're next to my tomato boxes, all sitting inside a south-facing window shelf. I confess that some of the tomatoes are also mildly infected, but since the tomatoes won't last long, I'm not too worried.

I have a bonsai ficus, and some African violets, on the other end of the house, at the north-facing windows, and I'm paranoid that they've got the curly leaves from these peppers as well. (It's not just paranoia, as I think I can see that the leaves are curled!)

I've also gotten a cactus recently, and I hope that one survives!

To be frank, I'd bin them without a second's hesitation, and would have done so a while back, and that's what I recommend to you. They're serving no useful purpose other than as a source of infection to your other plants, but it may be too late, the aphid infestation may already have spread to those too - use neem spray to treat them with.

Curled leaves on African violets often indicates cyclamen mite, but I'm not at all sure that's a problem where you live. Inspect the backs of the leaves and every part of the plant to see what you can find.

Bamboo is probably right, by the look of it.

However, if you really want to try to save the plants, and don't care about the risk of infection to other plants, I have some thoughts for you.

That being said, aphids can seem pretty magical at times. I had some on mint from an outdoor cutting that just wouldn't go away no matter what I tried (though I didn't try neem oil). If I ever grow indoor mint again, I plan to grow it from seed, or from a trusted plant (not an outdoor one). I think that's a different species of aphid than is on your peppers, though. Hopefully those aren't as bad.

Not the answer you're looking for? Browse other questions tagged plant-care peppers bugs or ask your own question.

8
How can I get rid of fungus on my pepper plants?
4
Home-made Solution for White-Spotted Curley Leaves on Pepper Leaves

13
Should I remove the small leaves growing out of the bottom of my pepper plants?
4
Home-made Solution for White-Spotted Curley Leaves on Pepper Leaves
4
Why did these plants dry/burn?
4
How can I get rid of these bugs on my African violets?
6
Help identifying a bug that's attacking my Mimosa pudica
1
What is this black bug on my tomatoes
2
Aphids on my houseplants
1
What is the most likely problem with my hot pepper plants?