What is causing irregular brown sunken spots on my tomatoes?

I have been growing tomatoes in the same spot in my garden for years. This year most of my tomatoes seem to be affected by a disease which only affects the tomatoes. I prune, water & fertilize the plants regularly and they seem quite healthy otherwise.

I usually import soil from other locations or buy bagged stuff at Home Depot each spring - I suspect that I got some bad soil, but I'm not sure.

What is this disease and can it be stopped? 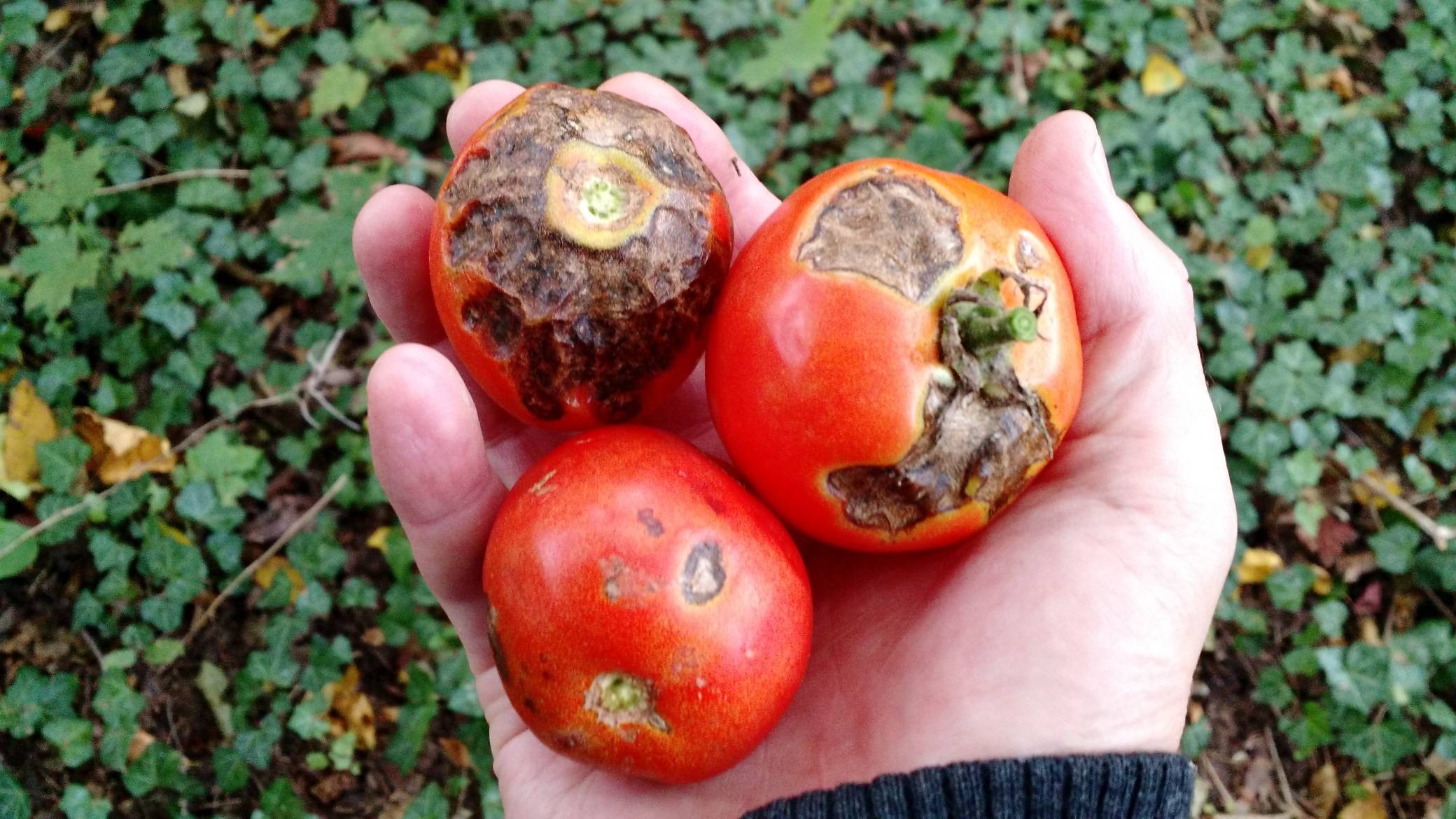 It can have several causes (bacterial, stink bug damage etc.) From this picture I can't define it. However I found a link concerning this problem. http://www.missouribotanicalgarden.org/gardens-gardening/your-garden/help-for-the-home-gardener/advice-tips-resources/visual-guides/tomato-fruit-problems.aspx

EDIT: It looks a lot like anthracnose. I'm not really sure that it is, though.

I agree with Bamboo that it looks like the tomatoes were just damaged and started to go bad because of it. However, I don't think insects are the only cause. I think this can happen to cracked tomatoes, too, and perhaps sometimes when they're smothered by tomato branches. I'm guessing nutritional deficiencies that result in weaker tomatoes might contribute to this.

I think this is exactly what old grocery store tomatoes in the refrigerator look like when they go bad. (I know, people say not to refrigerate tomatoes, since they lose taste; but they do last longer when cold.)

I've seen damage like this on my tomatoes in previous years, and it was only an occasional thing. It didn't overrun the plants or anything. I don't live in a humid area, though. My tomatoes this year had plenty of basalt rockdust (which is high in silica, calcium and trace minerals), potassium and such. They seemed to be a lot stronger, and I don't recall seeing this issue at all, this time. There was a similar issue with cantaloupe quality last year (they looked rather grungy, had indents, and they went bad fast; they remind me of your tomatoes, there, somewhat), and this year the cantaloupe are awesome, and perfect-looking. They're actually growing on the same ground, too. Same soil.

A proper balance of potassium, calcium and silica can strengthen plants quite a bit, including against insects and disease. If your soil had too much nitrogen, it may have inhibited your potassium. I have a suspicion that too much nitrogen may interfere with calcium uptake, too.

So, my conclusion is that the underlying problem is nutritional—but the initial damage is probably caused by mechanical means, which in turn just causes the tomatoes to go bad.

Not the answer you're looking for? Browse other questions tagged diagnosis vegetables diseases tomatoes or ask your own question.