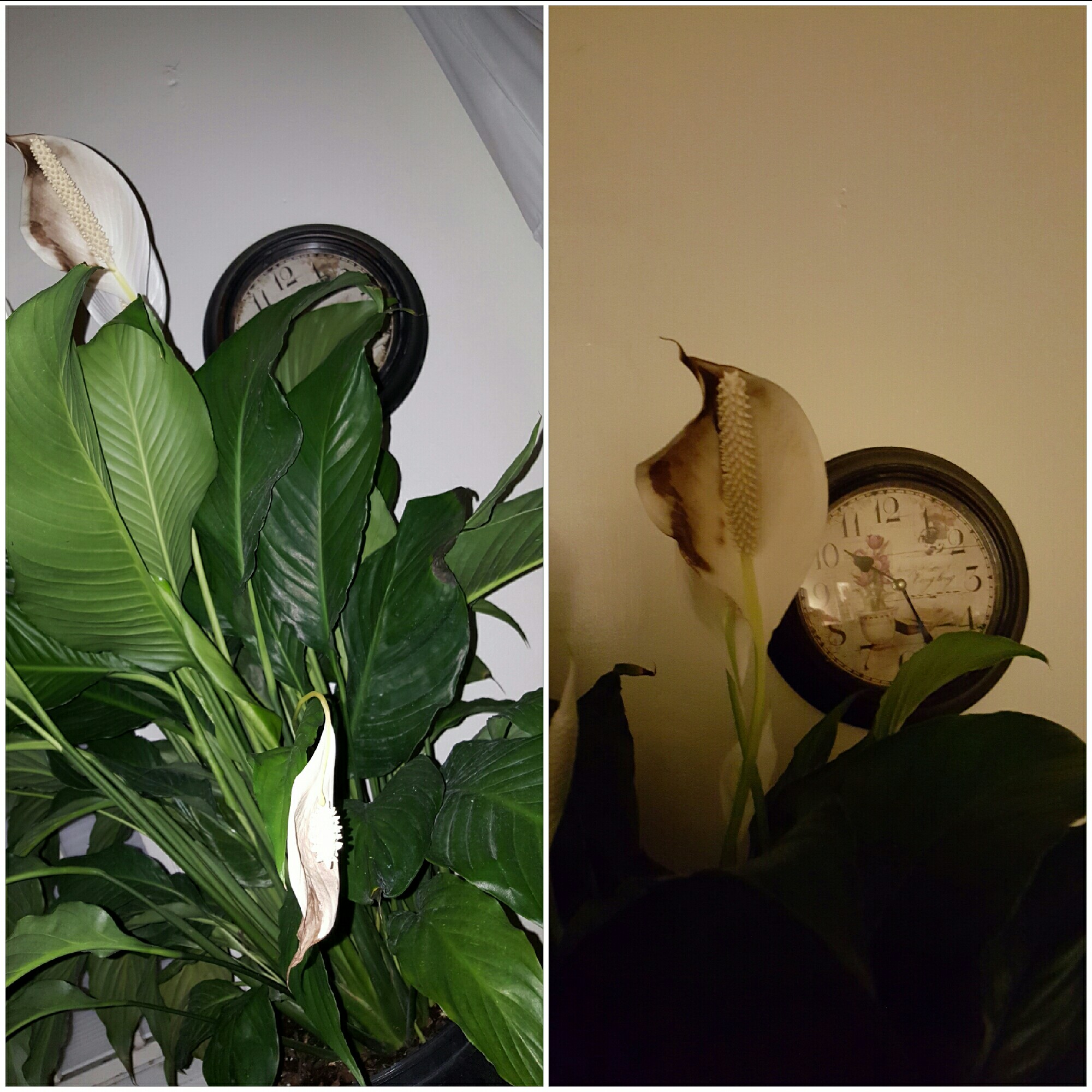 I can see some blackening at the edge of a couple of leaves too though, which often indicates a water problem, or being near a heat source. First, I don't know whether the blackening on the spathe is caused by a deposit of some sort that can be rubbed off, like a mould of some sort, but either way, it seems likely your plant is either being over watered, or is left sitting in water in some outer container or tray. Whilst these plants do like a fair amount of water, they don't like to be sitting in it, so if you're not emptying any tray or container after 30 minutes when you have watered, start doing that as soon as possible.

I would cut off the spathes, or even the whole flower stem at its base (more will arrive later anyway), trim off any damaged leaves, inspect the compost for signs of mould growth, and to see whether its waterlogged, check the drainage holes in the pot aren't blocked. If the compost is waterlogged, stand it on something which allows any excess to drip away freely (like a rack, or over the plughole in the sink, for a while). Once its dried out a bit, then keep it well watered, watering when the surface of the potting compost feels just slightly dry to the touch, and watering thoroughly each time, but allow it to drain properly, and tip away any water that collects in an outer container after 30 minutes, and check again a while later to make sure no more has collected.

This link might be useful for general care instructions