What should I do after a pepper plant has partly broken under its own weight?

So, I'm sitting here on my computer and get the life scared out of me by a horrible cracking, rustling, thudding sound. I turn to find one of my peppers plants has broken - apparently one of the upper sections has just ripped off under it's own weight and dropped on to the toy box.

The plant was quite top-heavy anyway (all the fruit was high up) and the section that's broken off was supporting three peppers. As far as I can tell the plant is healthy, at least there's nothing obviously wrong, so I assume it has just suffered under the weight of its own fruit?

The break isn't very clean, as it has torn down the stem of the plant, as you can see in the images (apologies for the uneven quality): 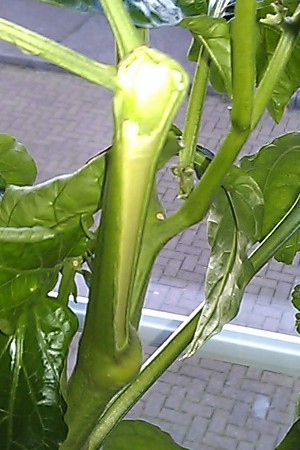 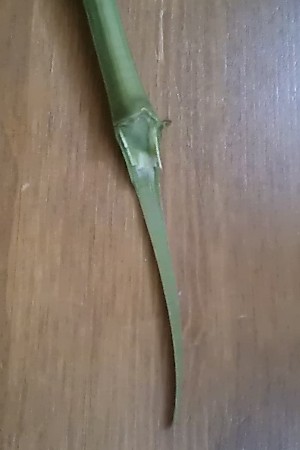 Ignoring the fact the plant's effectively been pruned of a chunk of foliage, what should I do about this? Is there potentially something wrong with the plant? Anything else to bear in mind?

Yes larger pepper plants will need support, although I usually find they tip over rather than split! As long as the roots survive the tipping, then then simply put out new growth from the bottom in the new vertical direction.

The old branch is not going to root and grow, so take the fruit off it and eat them. Throw those that are too small or unripe to be usable in the compost with the branch.

A clean cut is ideal and this would be the best choice for the above pictures. The only time you might not want to do this is if the leaves/stems that would be removed by such a cut make up over about half the healthy foliage. in such a case it is probably best to keep them so the plant has a chance of decent growth in the short term.

It would be a good idea to make a clean cut just below that break.

If you have more peppers on the plant that could cause more breakage, you might consider adding supports -- sticks or sturdy wire pushed into the soil that you can either directly use to bear some of the weight, or tie string to the supports that will take weight off the branches.

Not the answer you're looking for? Browse other questions tagged peppers plant-health or ask your own question.

11
Why does my pepper plant have yellowing, drying and curling leaves?
8
Ginger plant too tall for its own good
6
Will my avocado plant grow after the top has broken off?
2
Why did the leaves of my pepper plant become partly white after transplanting?
7
Why is my pepper plant losing its flowers?
8
What to do with a plant that can't support its own weight?
5
Why are my snack peppers wilting?
2
Help! What is wrong with this Coleus? Overwatered? Underwatered?
3
My friend’s pepper plant has some odd leaf lesions
3
My spider plant fell over! What do I need to do to keep it alive?