What is this plant with pink tubular flowers?

I have this plant growing in my garden, It has pink tubular flowers and round pink seed pods, It's beautiful but is invading my flowers and I dont know if I should keep it or remove it. I am located in Rio Rancho, New Mexico. 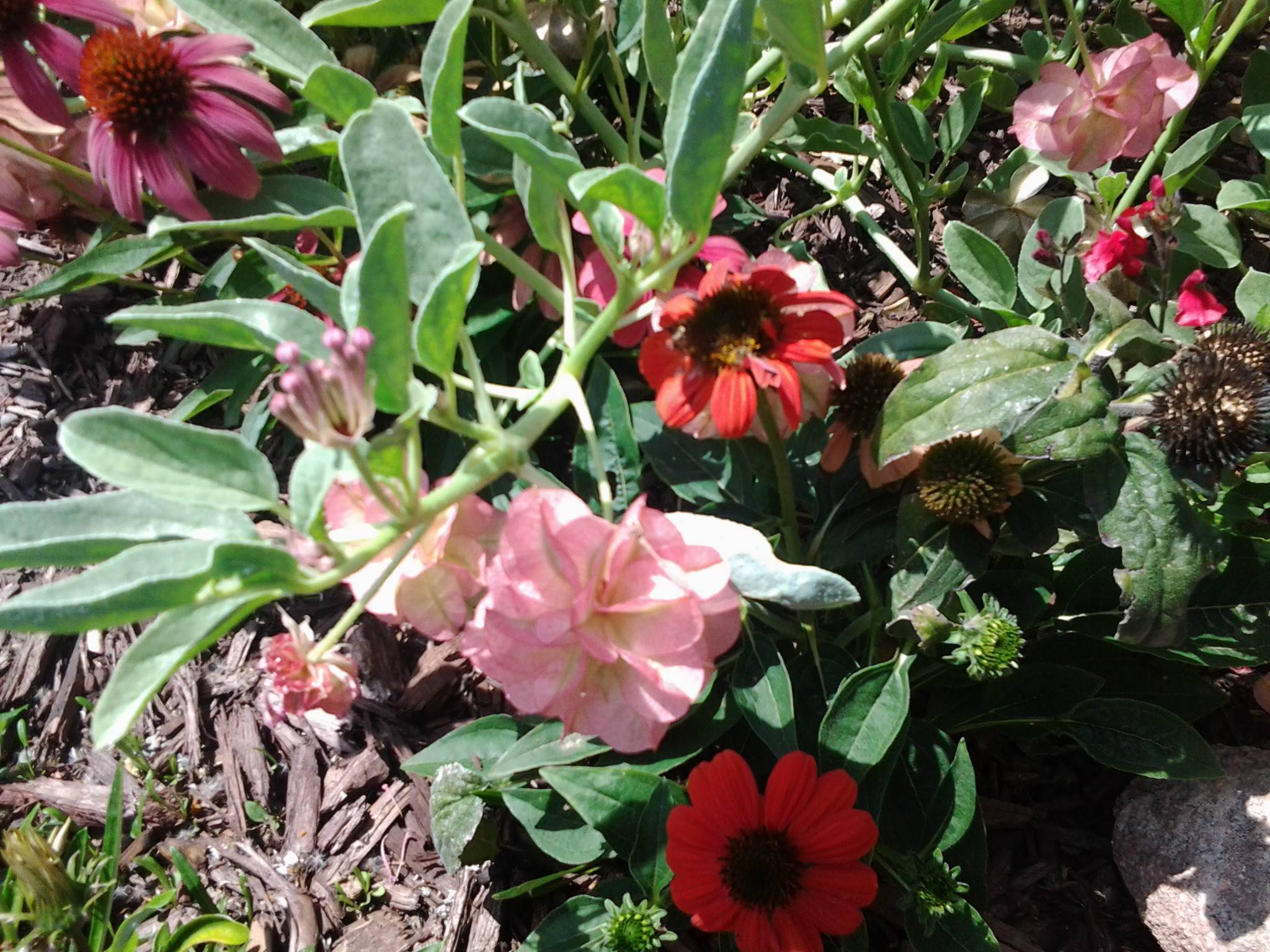 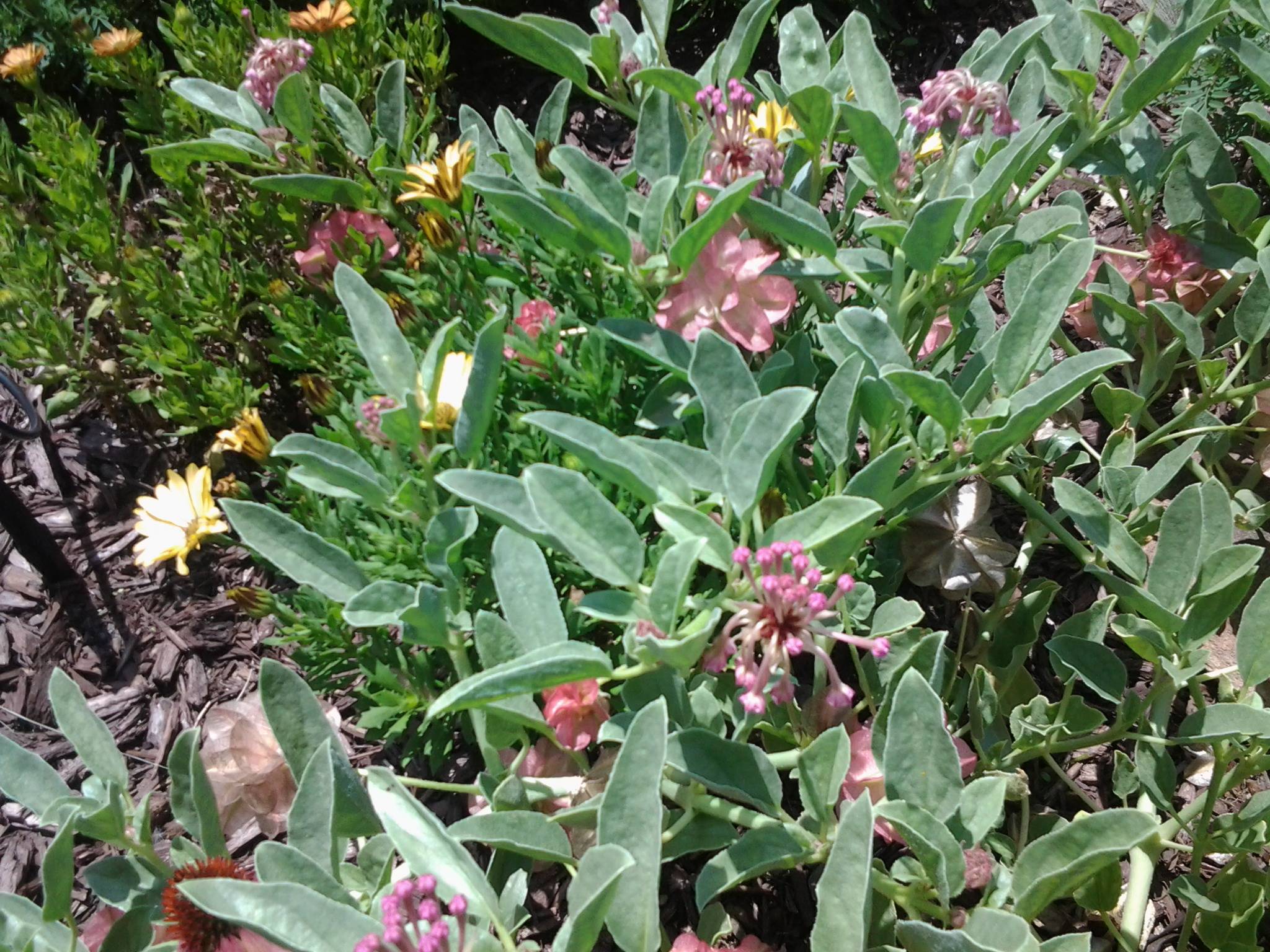 Try Tripterocalyx carneus. Looks like a lovely plant to me. I guess it's up to you to remove it or not. It's native to New Mexico. Maybe some fellow New Mexicans can attest to its vigor in the garden.

I've never seen this myself (I'm in Arizona) but the head of tubular flowers reminds me of Mirabilis and the relaxed, fuzzy stems with slightly asymmetrical flowers have a distinct Nyctaginaceae feel. Looking up 'Mirabilis new mexico' rendered something that got me on the right track. That relaxed habit looks like it's allowing the plant to grow stems over the tops of your planted specimens and then settle in on top. I'm not sure how large that plant is going to be but it seems to contrast with your current setup. My guess is that it will spread horizontally, with the stems settling into the leaves and stems of what's already growing there, and never attain much height on its own. It's an annual, so you can gauge how big it might get next year based on how it finishes up this year.

If it grows easily from seed you might want to give it its own space where it won't interfere with your investments. On the other hand, some native New Mexican gardener may be able to tell you what the long term prognosis is of having that in your garden. To me it's novel and new (I've seen Echnicacea before!) but it could still turn into a monster of sorts for all I know :-).

It might be attractive plant for hummingbirds, sphinx moths, possibly butterflies.

aarynoaaryno
13144 bronze badges
1
Add a comment  |
-2
Want to improve this post? Provide detailed answers to this question, including citations and an explanation of why your answer is correct. Answers without enough detail may be edited or deleted.

They are a flower called Heron's Pirouette.