What's the name of this plant with white-violet flowers? 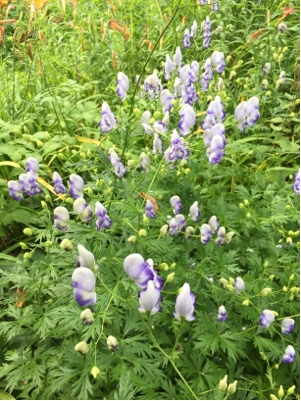 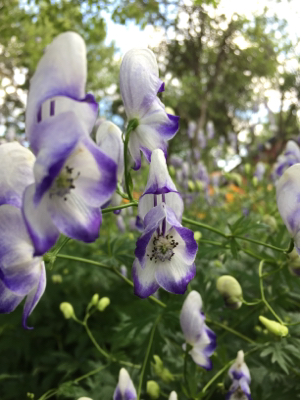 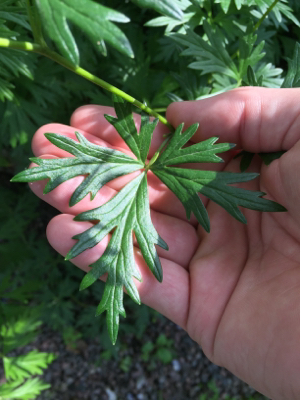 This is a variety of Acconitum, a group of ca. 250 plants. I can't say off the cuff which one.

But there is a reason that a common name is Queen of all poisons, as all parts contain alkaloids that can even penetrate healthy skin, let alone mucous membranes. A few grams can be lethal. There is no specific antidote. So as beautiful as they are, handle them with care (and gloves!) and keep out of reach of children.

This does indeed look like Aconitum Napellus, also called Aconitum carmichaelii, Aconitum cammarum, Aconitum Bicolor. If that is correct, then ingesting or even handling the plant could be fatal. According to Wikipedia, it is indigenous to western and central Europe. It is also known by the nicknames of monk's-hood, aconite, wolfsbane, fuzi, and monk's blood. The article goes on to say that, for well over a thousand years, it has been used to poison people. At the end of the Roman Age, there was a law that anyone found growing it could be put to death. However, today some gardeners deliberately cultivate varieties of it ("Aconitum napellus", Wikipedia).

The plant has also been used to make medicine and home remedies ("Aconite", WebMD).

You should find an expert there in Switzerland (in the United States such experts are called Master Gardeners and can be found at county government extension offices or at some of the more expensive garden stores) to positively identify the plant and, if it is Aconitum napellus, have that expert determine whether it is safe enough to keep the plant, and if not, how to destroy it properly.

Here are closeups of the flower and foliage (leaves) from PhotoBucket: 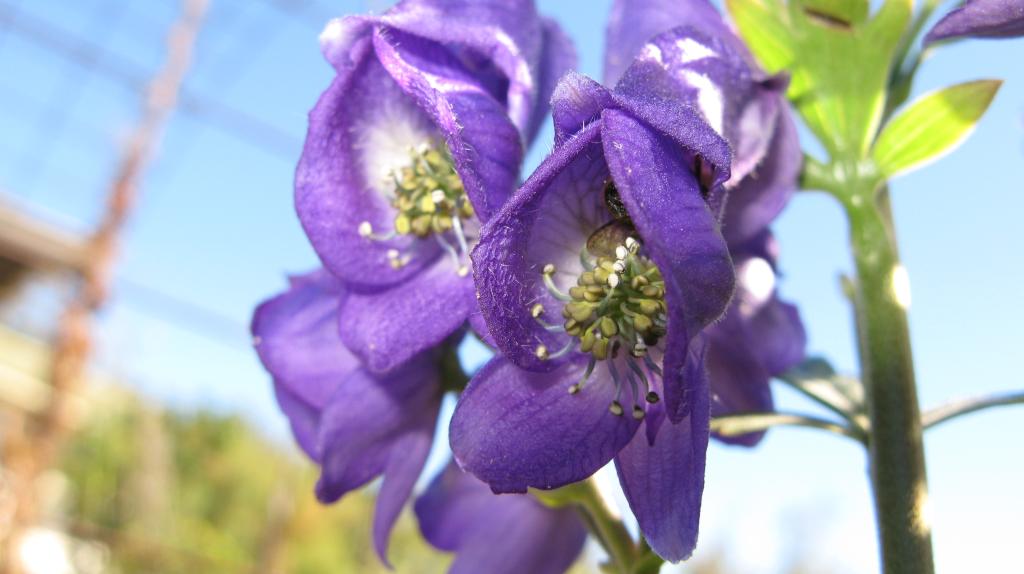 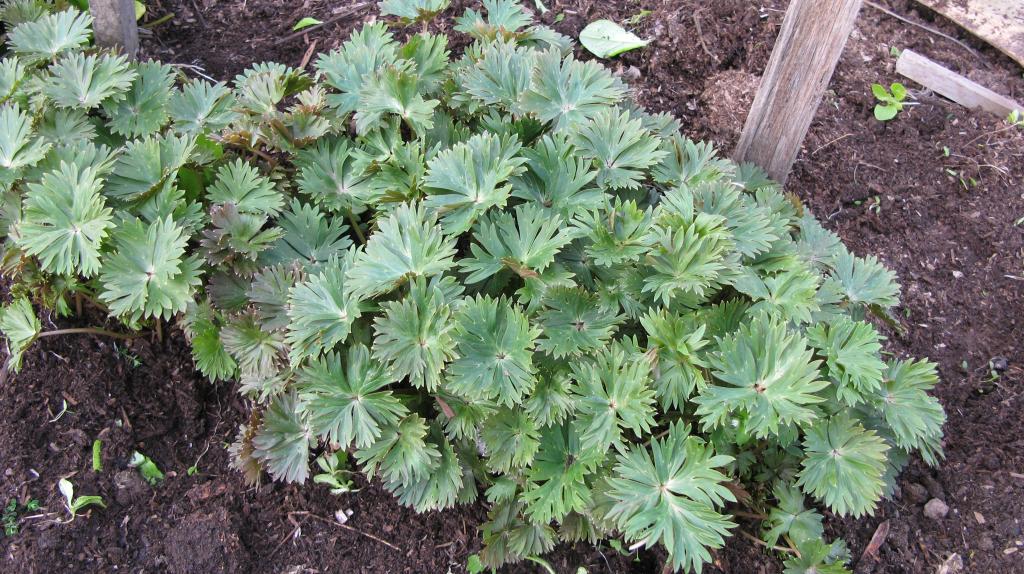 To see more photos search for "Aconitum images" in a search engine.