Is this fig tree disease or just malnourished?

My folks in Berkeley, CA (San Francisco Bay Area) showed me their young fig tree the other day to see if I could figure out what was wrong with it, but I wasn't certain. I searched here (during title search) and found a nice document from the Aussies at kevinsky's answer here. It appears to be Anthracnose. However, I searched images and other fungi that attack plants and there were several other species that looked similar or more like the specimen below. I did not notice any fruit damaged obviously by this.

There were some other leaves, but not that many, that started to yellow that also had some small spots, but as you can see, there aren't distinct yellow areas around the dark spots, and on the yellow leaves I did not notice a powder as the document indicates is indicative of rust. However, on this specimen you can see there is some white stuff: 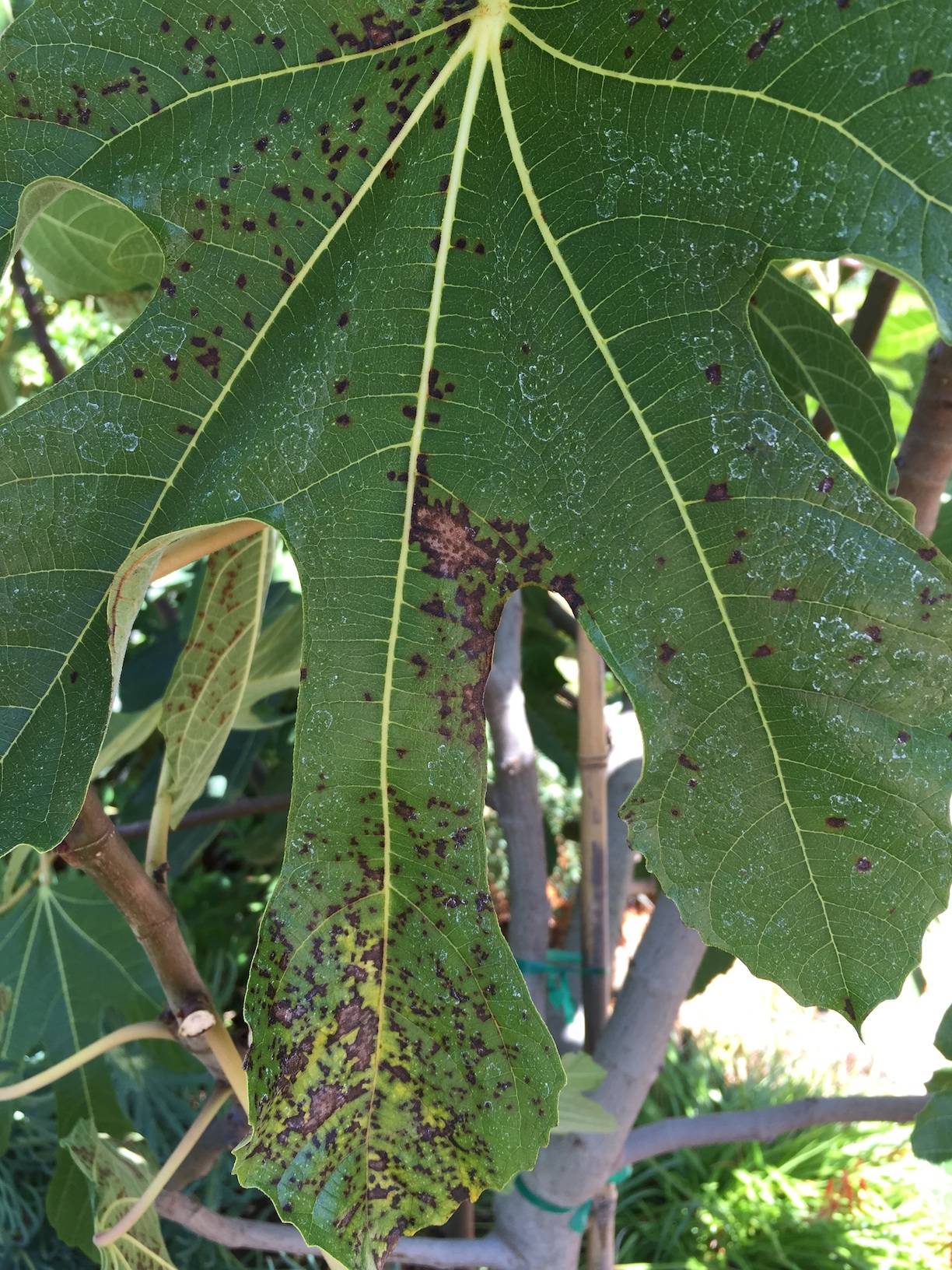 The question is, does it matter what type of fungus this is, if it indeed is fungus? Should I just buy a "copper-based fungicide" anyway? Also, is it safe to eat the fruit thereafter and how toxic is this stuff to kids should they get their hands on some leaves?

That appears to be bacterial leaf spot. There is no cure, but you can help prevent it for the next season with some simple cultural steps, like cleaning up fallen leaves, minimizing stress, and building your plant's health through the soil.

I have more information on that, in my answer here.

As for toxicity to humans, this disease does not affect humans in any way, and the fruit is safe for consumption. The bacterial leaf spot is mostly aesthetic, although bad infections will drop plant productivity somewhat.

Not the answer you're looking for? Browse other questions tagged fruit-trees diseases tree-care fungus figs or ask your own question.

4
What is causing the brown-black spots on my apricots?
9
Fig fruit fell off before ripe
6
Disease / pest identification
4
Is there a way to kill the mold on soil surface in pots?
6
Can I propagate a healthy plant from one that has a White root rot disease?
3
I have a large fig tree with the figs rotting and falling off
3
yellowing leaves and black leaf parts on alocasia
3
Lemon Meyer - unidentified disease