What grass types would be good for contrasting lawns in Central Europe?

I've seen a lawn which was composed with different grass types, I'd like to achieve a similar effect. I have a couple of concerns, they should:

The number of grass types available is enormous and it seems quite hard and risky to pick two that would fit. Do you know any that would pass the requirements?

edit: I found a similar lawn online (not from Europe though), please have a look: 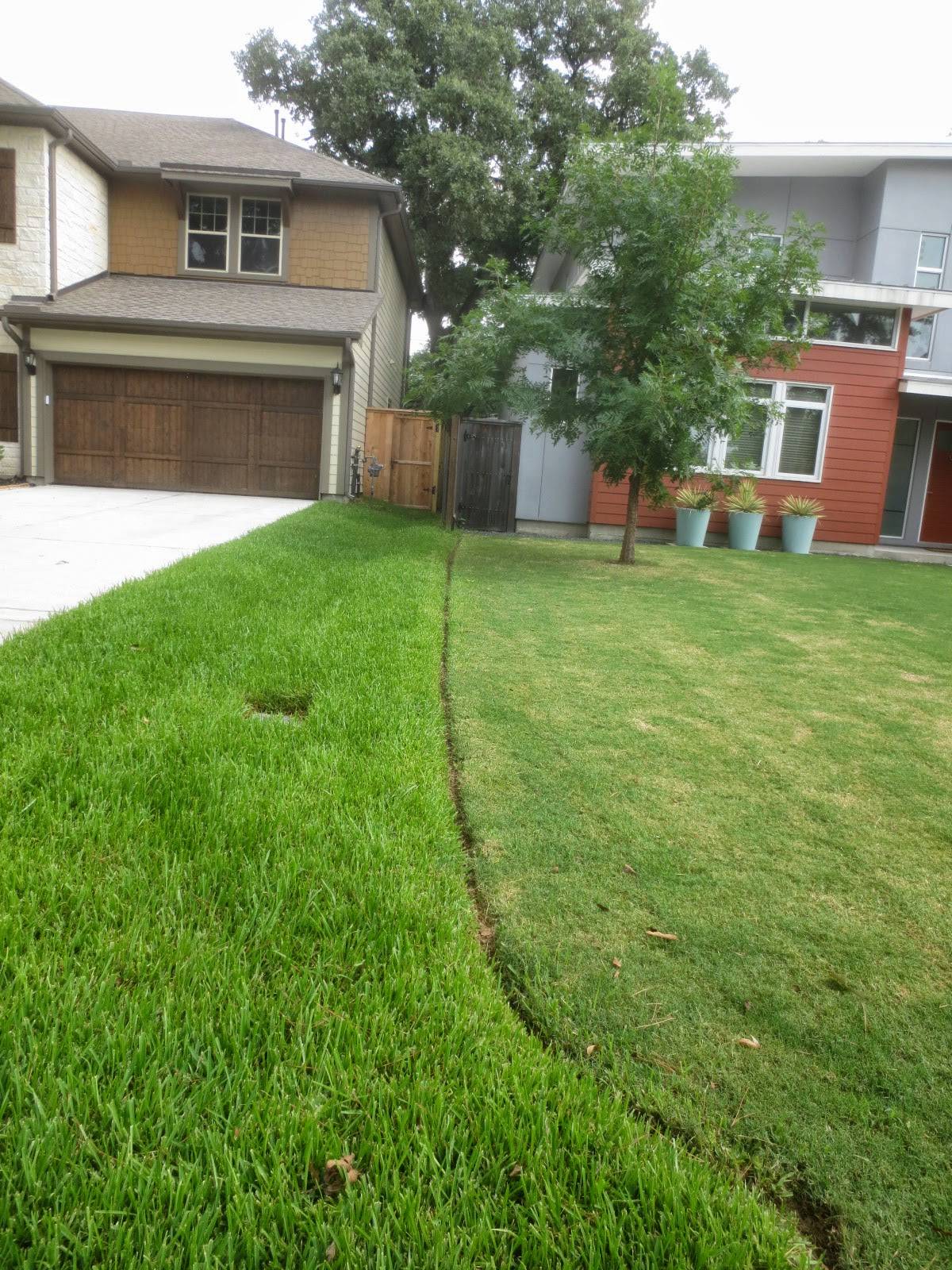 That line on the lawn (from the pic you provided) is the property line, and yes, those are different grasses. The one on the left appears to be St. Augustine grass, while the one on the right is almost pure Bermuda grass.

In Europe, you won't be growing either of these, but you can get the same effect, using different colors and textures off cool season lawn grass. Like using a wider bladed, lighter hued tall fescue, such as KY-31 (mowed a little higher for effect) to contrast against a well groomed perennial rye lawn, such as Blackcat II (with a very dark, narrow blade and dense habit). There are others you could try as well (some fine fescues contrast well, especially with tall fescues, because of the huge difference in blade width.

Just be aware of the growth habits of the species you choose. All lawn grasses tiller, and spread slowly that way (thus the shallow trench dividing the two types), but some grasses (eg Kentucky Bluegrass) spread quickly by stolon, and that will be counter-productive. Some new rye grasses do this also, and are advertised as 'self-repairing' or similar. Avoid those.

Not the answer you're looking for? Browse other questions tagged lawn grass variety-selection or ask your own question.

35
What is a good grass replacement plant?
6
What would be a good "cat grass" for the central Texas heat?
5
What grass types will survive in areas of standing water that last for up to a week?
4
How should I remove a patch of the wrong type of grass from my lawn?
5
What would be a good grass, available in seed, to plant for ground cover in a forest?
5
What's a good variety of decorative grass for indoors and balcony?
2
Topsoil depth for growing grass over a clay base
1
Chemical for removing Couch grass from Kikuyu grass