Raspberry leaf curl disease? Can this be treated or prevented?

About a 1 1/2 months ago I ordered and received a live raspberry plant from Burpee. Burpee lists the plant as Crimson Night Raspberry PPAF. My understanding is that this raspberry is a variety released by Cornell about 3 years ago.

When I received the plant I transplanted it to a larger container to allow it to recover & develop more before planting it in a permanent location. The first few weeks everything seemed to be fine. But then leaves started curling and eventually dying (pictures below). I have tried pruning the affected leaves off, but the problem still spreads to other parts of the plant.

This is actually my second time trying to grow this raspberry. The first plant I received eventually died and Burpee replaced it. But now the replacement appears to be dying from whatever killed the first plant.

I have never had to worry about plant diseases before so I am not at all sure what to do next. I am hoping someone here will be able to identify the problem and/or suggests ways I can either stop it or at least prevent it from killing my plants in the future.

I am located near Ithaca, NY in the United States, zone 5-ish. 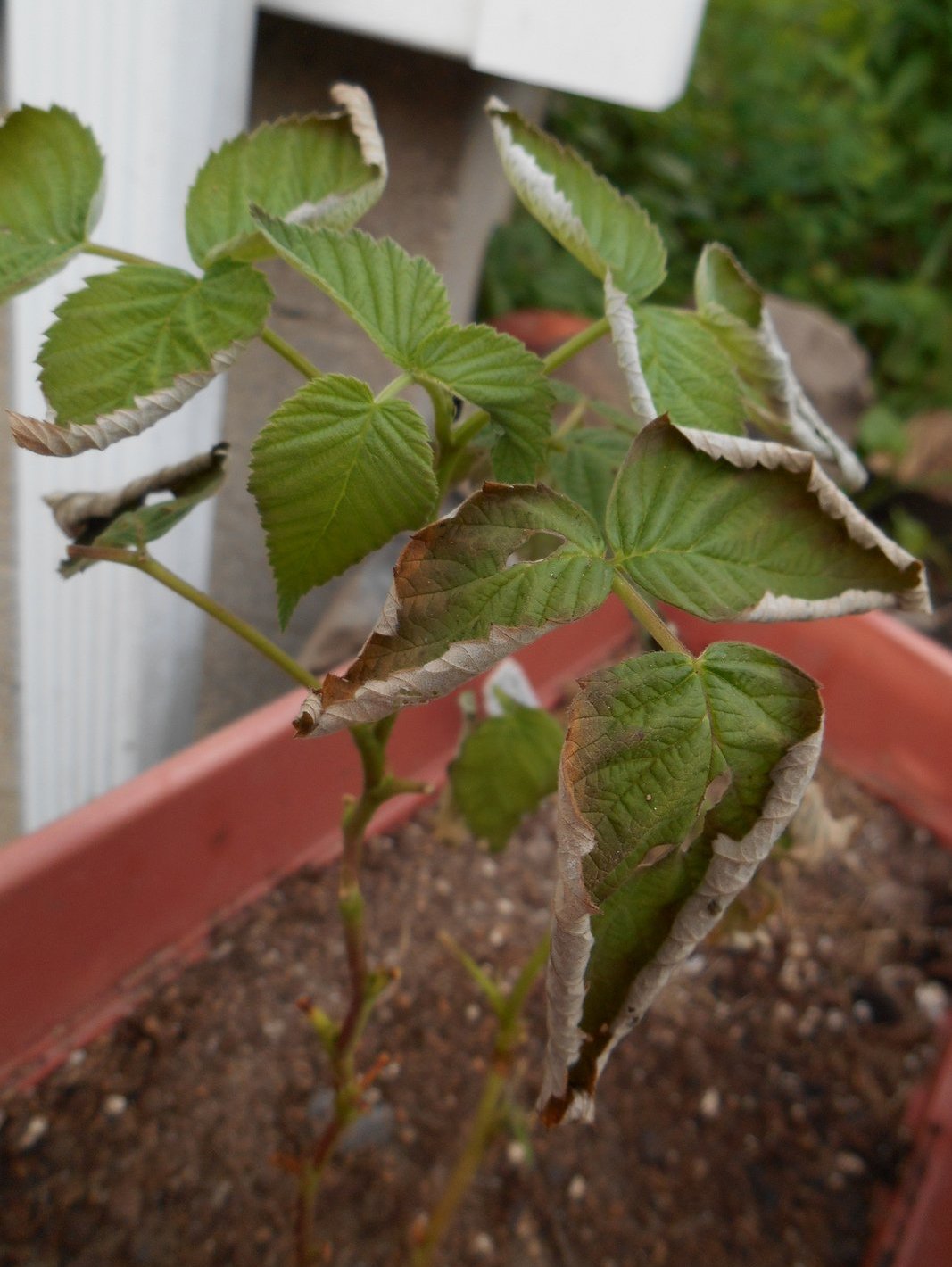 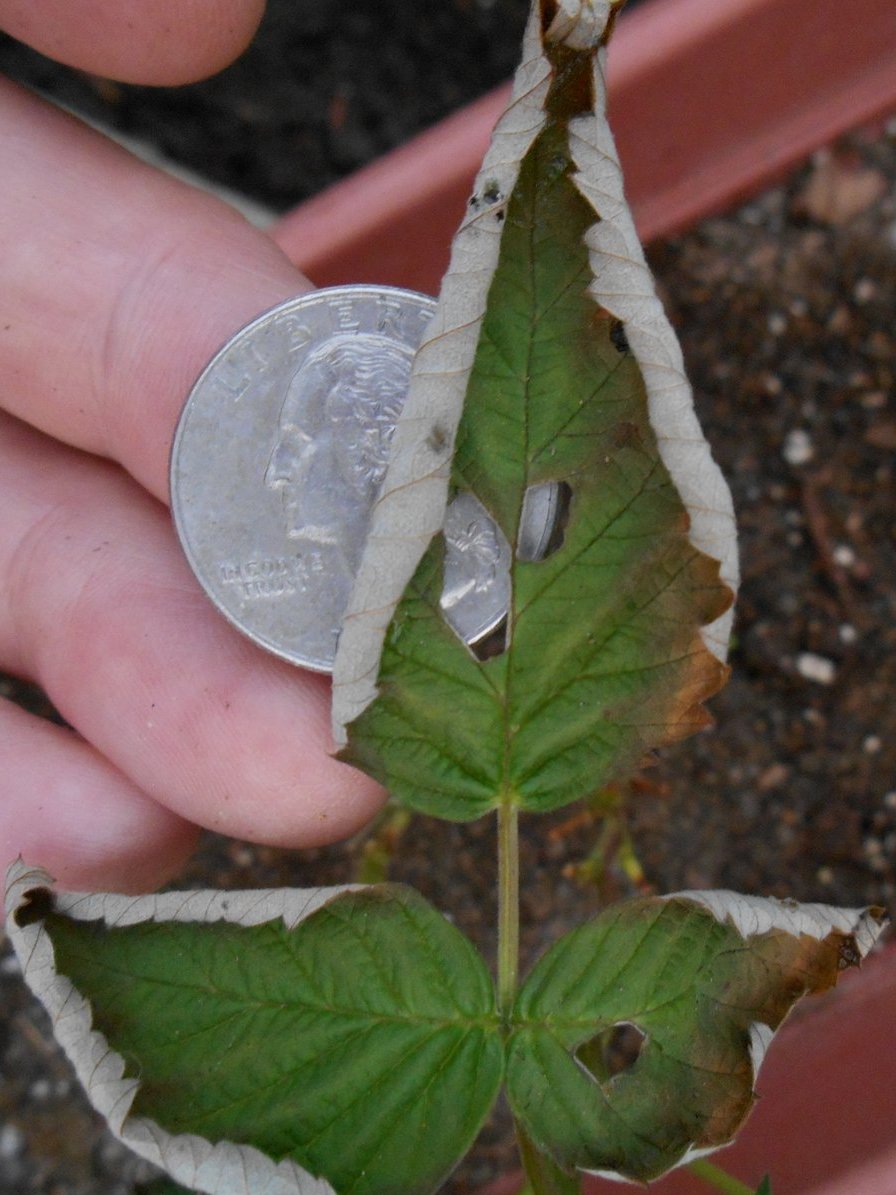 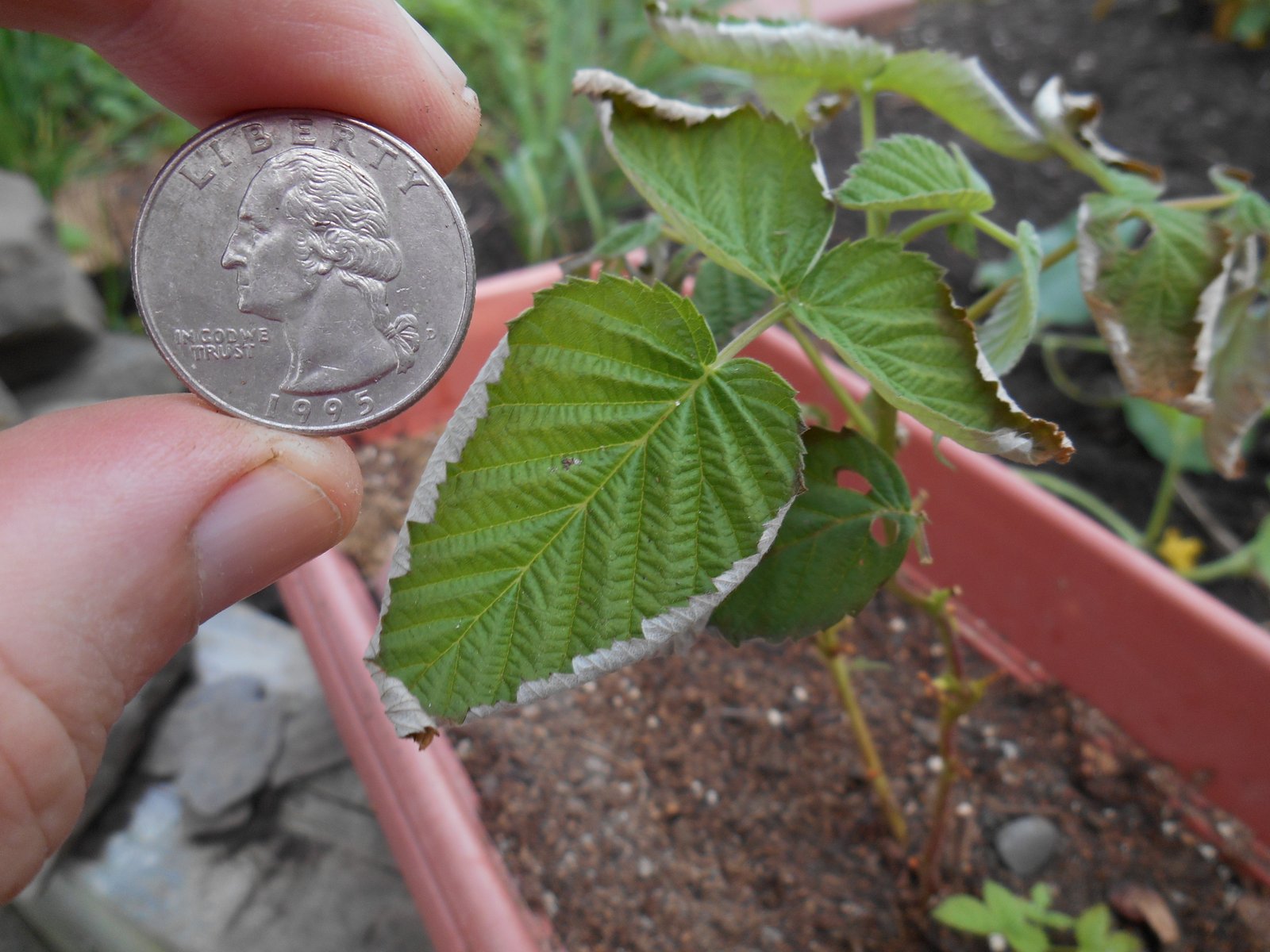 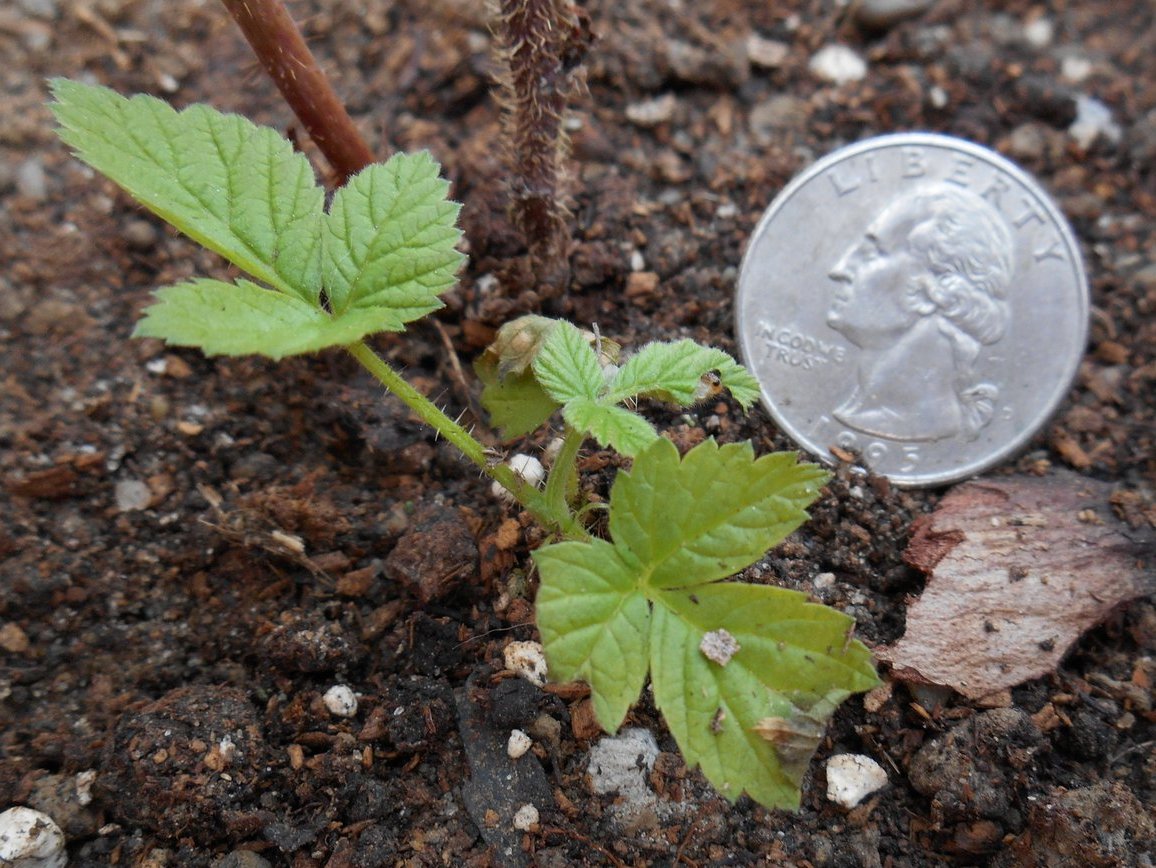 I can't tell properly from the photograph, but the third photo does suggest you have your raspberry planted in what appears to be a trough. If you have, troughs aren't usually any deeper than 8 inches at most, more often 4-6 inches, and that is no way deep enough for a raspberry plant.

The leaves are curling upwards rather than down, so it doesn't seem to be Raspberry Leaf Curl - there appears to be either some browning or some rust coloured deposits in the top two pictures - I'm assuming its browning from drought.

Your plant needs to be in deep, fertile soil - the fact you've got new, healthy growth appearing at the base hopefully means the problem you're having is simply because its planted in something it can't grow properly in, and the soil is too dry. Plant it out in a prepared area, and water thoroughly both while its still in the container, and when you plant it.

Not the answer you're looking for? Browse other questions tagged diagnosis diseases raspberries or ask your own question.

3
Raspberry disease
5
How to prevent raspberries from shriveling before they've matured?
8
Why are my lilacs dying and what can I do about it?
5
Black spots, curling leaves on potatoes, help identify problem
4
Why does my Black Currant bush have shriveling/drying leaves and fruit?
1
Chilli leaf curl downwards
2
Browning / Curling leaf on a Brook cherry sapling