I recently bought a pot of Edelweiss in central Switzerland, in a village at an elevation of ~600m. The plant was looking healthy enough and was one of about a dozen pots ligned up outside the shop in the heat and dust and sun. They didn't look like they were taken particularly good care of, nor like they needed it.

I brought the plant back to Zürich, where I live (on the Sonnenberg, at about 540m above sea level). The plant looked undisturbed after the drive home.

I'm at a loss, the only obvious conclusions atm seem that Edelweiss is either a nocturnal plant :D or that it was befallen by some misterious malady unrelated to the way I keep it :-/

Come on, this is a plant that grows somewhere on some cliffs where it gets scorching sun during the day, really cold during the night, and the occasional torrent of rain, plus, this particular one lived on some street for a while (and God knows where before that). How could my subalpine front yard have killed it? Do you have any suggestions what I could do? 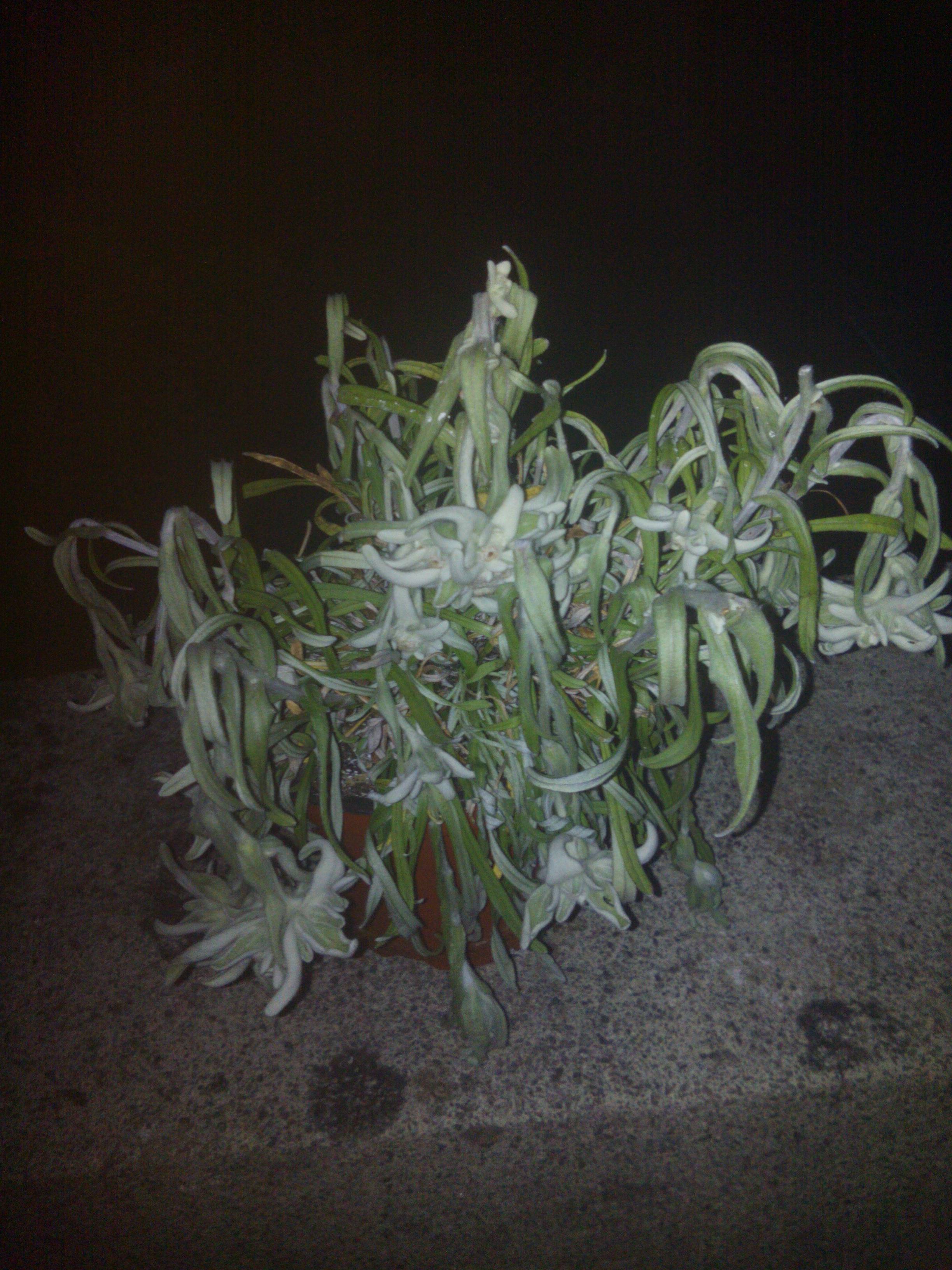 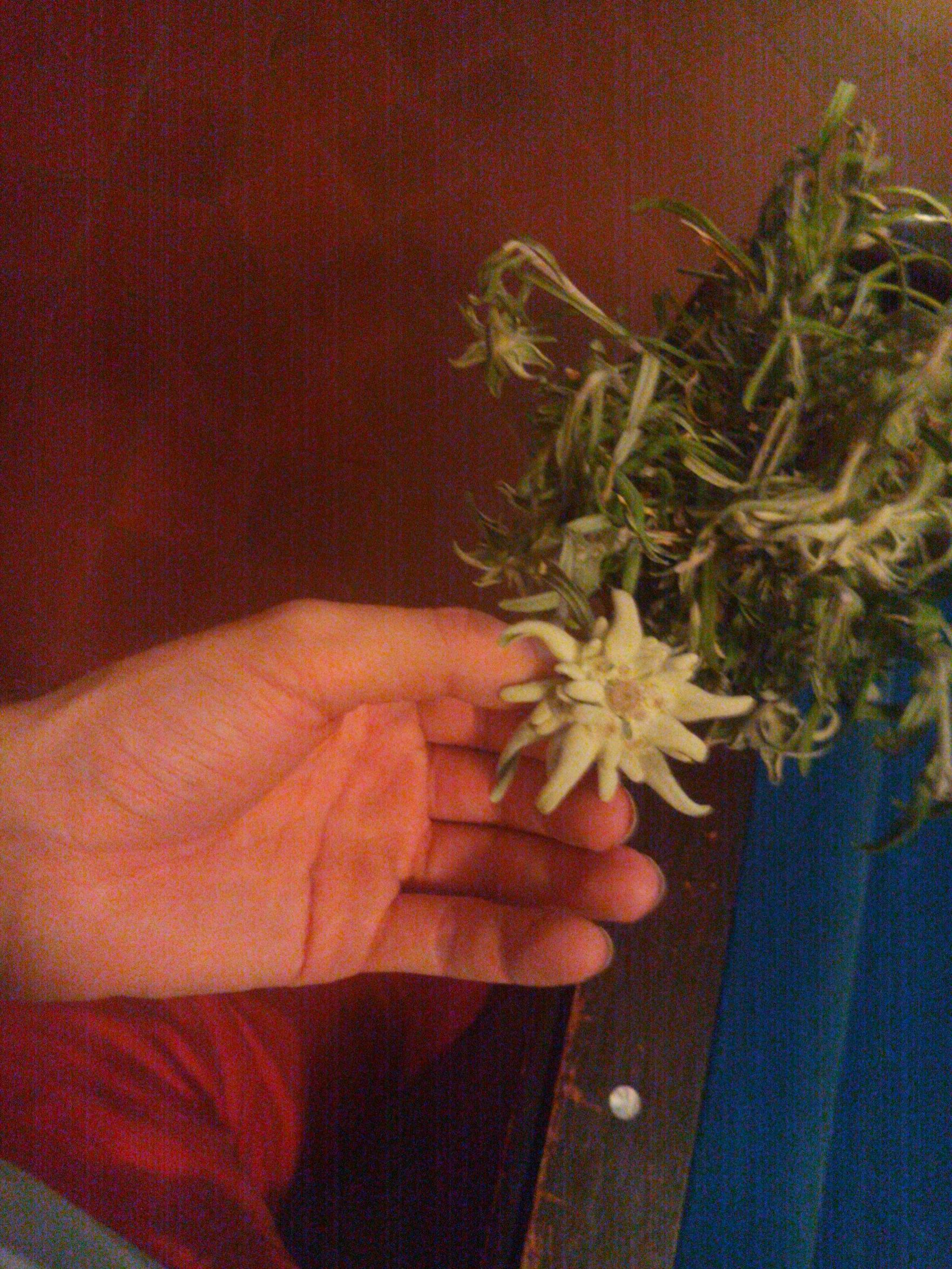 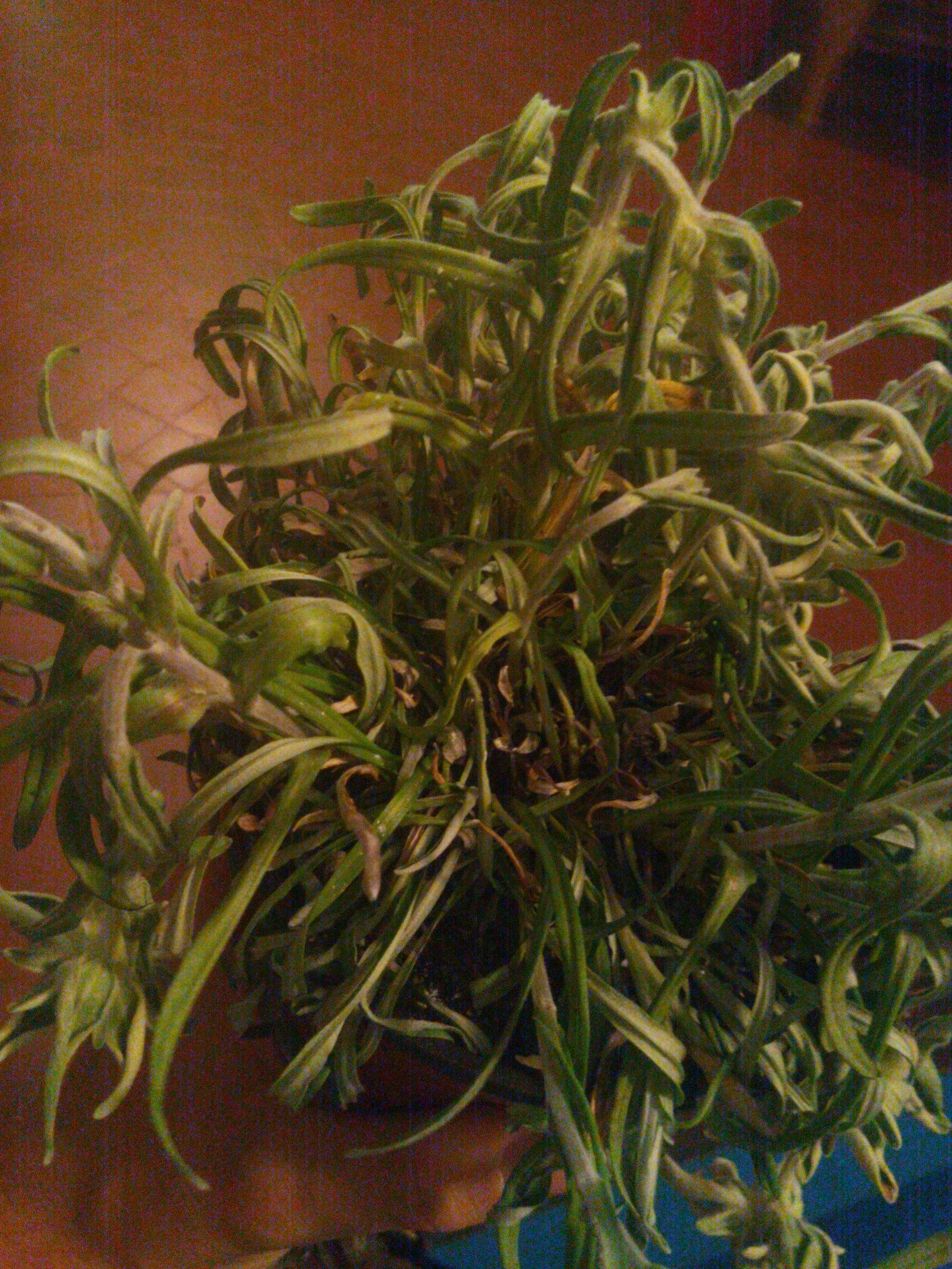 Oh my...you ARE learning the hard way! Just moving a plant from the nursery to its new home is stressful (for the plant)! You have no way to know if the nursery took the time to 'harden' the plant before putting it outside in the sun. It was probably grown in a greenhouse and your nursery thought they looked so nice everyone should see them right away. Perhaps calling and asking this nursery about how your plant was grown, potted, fertilized would be a good thing to know!

Putting in a window in the sun is always a big no-no. The temperature can get fatal! I'd put this plant outside IN THE SHADE for now and decide where you'll want to keep it and acclimate to the conditions. A covered porch is perfect. Did you repot this plant? I wouldn't repot it until it recovered so as to not add any more stress. When you do, keep it in the same size pot filled with JUST sterilized potting soil. No garden soil! Don't put any rocks or gravel at the bottom as well. Keep the bottom of the pot off any surface and for sure never allow it to sit in a saucer of water. These plants hate to be over watered. Allow to dry somewhat between waterings. Don't use tap water (too much salt and other toxic chemicals). Use distilled water or well water.

A pot is okay for awhile. This plant is not a good house plant and during the winter in a pot outside it will be killed as the roots are susceptible to cold grown in a pot. I'd plant it outside in your garden once it has had some time to recover. If it doesn't recover I would take it back to the nursery and see if they'll replace it? If not, just purchase a new one. You'll get it right the second time for sure.

SEND A PICTURE OR TWO!

If the plant you have is Leontopodium alpinum, the latin name for Edelweiss, these plants like full sun, gritty, alkaline soil, and that oh so difficult to achieve moist, but free draining soil conditions. In other words, they don't like their roots to dry out, but must not be waterlogged. They're relatively shortlived plants, but can be divided in early spring or just after flowering. Your addition of chalk probably wasn't necessary if its in the same pot as when you bought it - the soil would have been alkaline already I imagine.

I'd check the rootball to see if its potbound and pot it on anyway for the time being, adding grit to the compost if necessary - it'll be easier to keep it moist with a higher soil to root ratio. If you plant outside, covering with glass to protect it from excessive winter wet (if you have high precipitation where you are) would be useful - they don't like lots of water sitting on their leaves.

Given it shrivelled when exposed to very hot sunshine, but recovered without being watered overnight, the suggestion that it needs to be acclimatized is a good one, particularly if temperatures are very high, so don't leave it in full sun between 11 and 3 for the first week or so while its still potted. Keep it well watered by watering the soil in the pot, not the foliage of the plant, and ensure the drainage holes in the pot are not blocked, and, as already mentioned elsewhere, do not leave it standing in any outer container in water - empty that after 30 minutes so it's not waterlogged.

If your plant is something other than Leontopodium alpinum, as already asked by someone else, please post a photograph or the name of the plant shown on any tag or label it came with.

Your photographs certainly look like Leontopodium alpinum - when I say its relatively shortlived, that means it doesn't live as long as some other plants - all have varying life spans. It does not mean it lives and dies in one year, if that's what you were worrying about.

There's a link below you might want to read - the first couple of paragraphs give some good information about the plant generally, though the rest is about growing from seed and folklore/history. I add the link in an attempt to persuade you not to bring the plant indoors for the winter, which will be sure to kill it - outside, you'd expect the topgrowth to disappear in winter, but the plant is not dead, as it says in the link

It would appear your plant is in desperate need of more root room - either larger pot or to be planted out in a suitable spot.

In response to your queries - the kind of potting medium you want is something like John Innes No. 2 formula, which contains loam, sand, chalk, and peat or a peat substitute, with a neutral ph, and has quite a gritty feel to it, preferably with some horticultural grit added, if you insist on keeping it potted. There is no recommended compost for these other than generally 'alkaline and gritty' because its not usual to keep them in pots long term. If you keep it outside potted, it may well die in winter because its vulnerable at the root in a pot.

'Shortlived' is not a term one would use instead of 'biennial', they don't mean the same thing at all. Biennial plants grow foliage their first year, flower in their second, then die, so no, I don't mean biennial - it means it doesn't live 150 years, or a hundred years, or even 50 years - more like 3-5 years, possibly a bit more.

Regarding being indoors, the point of the link was so you could read what conditions it normally grows in and how the plant is specially adapted to cope with that, and make the deduction that it would be difficult to expect such a plant to survive indoors. This plant is native to the Himalayas, but grows naturally in alpine regions in Switzerland, where you live, and grows naturally at slightly higher altitudes than where you are. It is not recommended for use as an indoor plant, and will be much more likely to survive outdoors in its natural habitat. It expects to be very cold in winter and overnight, to have its topgrowth disappear in winter, and to experience wind, snow and anything else the climate throws at it where it grows naturally. The difference in elevation shouldn't matter. It is not adapted to live in temperate to warm, closed environments.

This answer is just information and advice - it's ultimately, of course, your choice as to how you decide to grow it.

3
Lilium flower withering
3
How to take care of Erica Gracilis?
3
What is happening to my strawberry plants?
3
Can a plant survive bottled in its own ecosystem for 50 years?
2
How much sun for a hellebore plant?
0
Hibiscus started drying suddenly
2
Troubled Marigold
3
Can a newly sprouted avocado pit survive despite dehydration?
1
Is there a way to revive these over watered and "rain soaked" Duranta plants?
3
Baby Tomato plant - how to care for it