What is this plant with two types of leaves and small pinkish-white flowers? 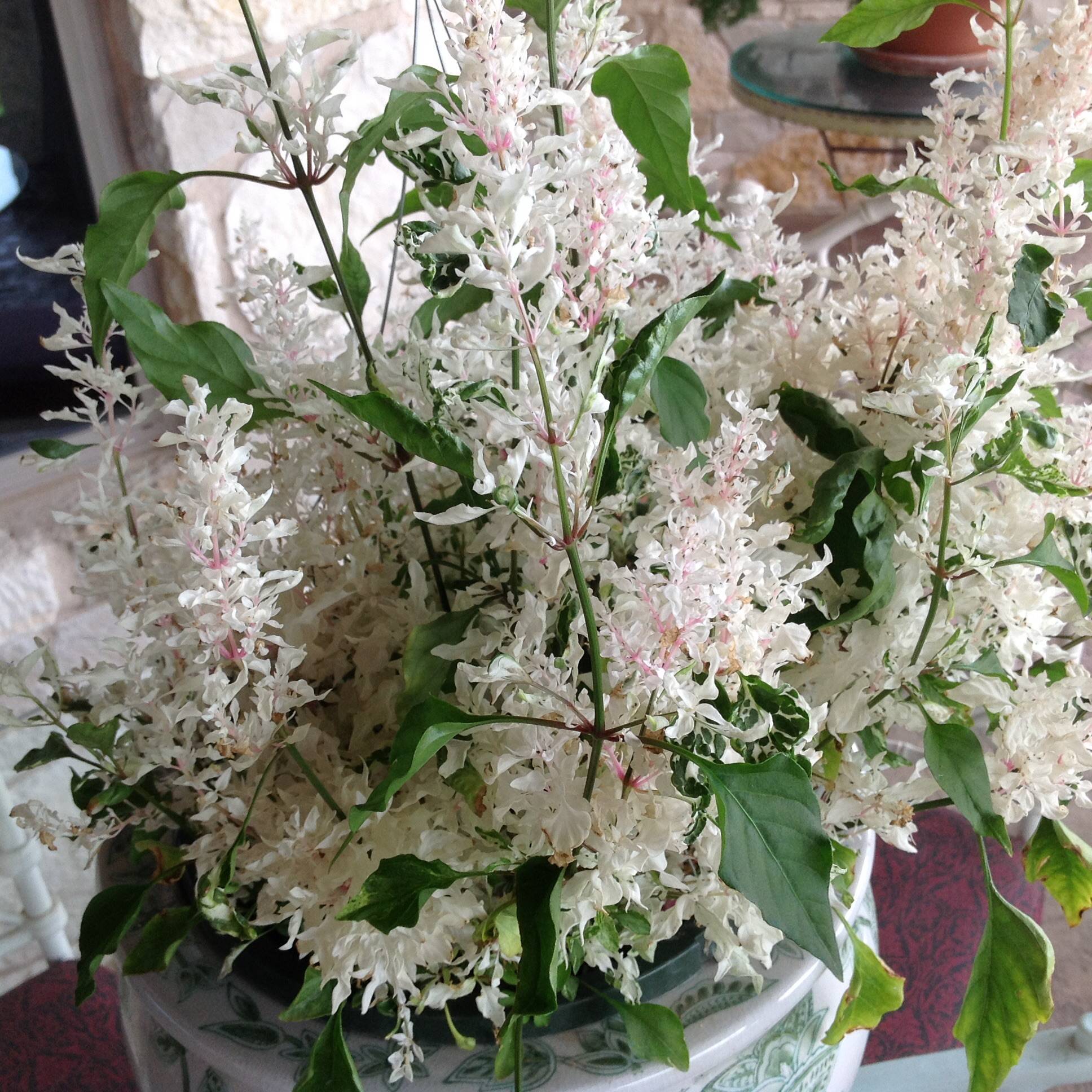 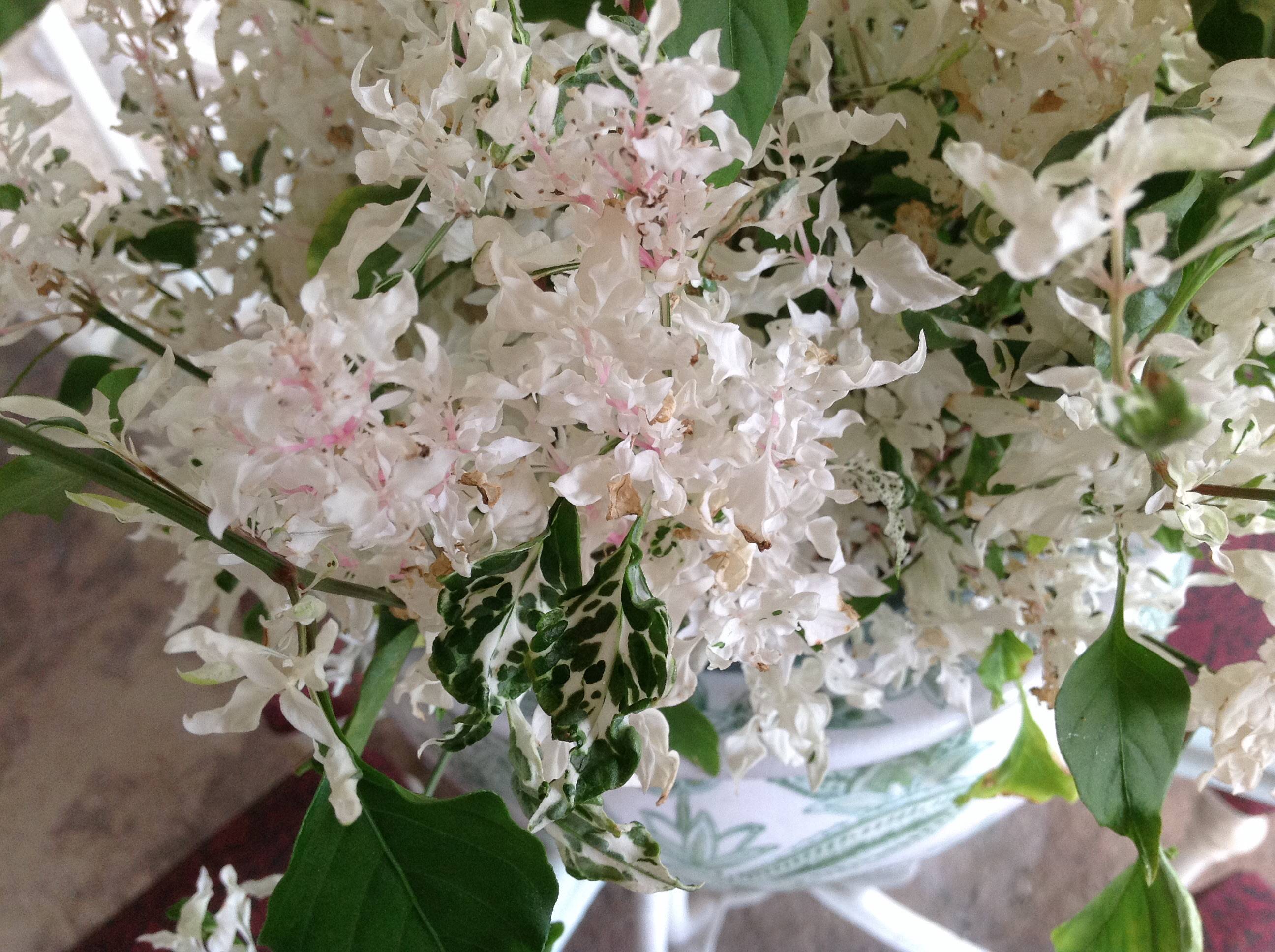 Plant purchased as a hanging basket, has both variegated and solid green leaves, has upright growth, but also has two or three vine like stems. Flowers are VERY delicate white some with a delicate pink throat like.

Purchased at a nursery that told me the name of this plant was "Snow on the Mountain." After researching I am quite sure this is incorrect. However I cannot find a picture on the Internet to help in identifying it. Can anyone help?

I did some research, having recognised that the white and pink parts on this plant aren't flowers, they're actually leaves - they should change colour later as they mature, initially to dappled white and green, then probably to plain green. I thought it might be one of the new Euonymus varieties along the lines of 'Pierrolino', but it's not - its actually Alternanthera ficoidea 'Snow on the Mountain', the last part being its varietal name rather than a common name. Sometimes commonly known as Parrot Plant or Calico plant, or even Joseph's Coat, though that particular common name refers to the one with variegated reddish tones. It prefers full sun to partial shade, and grows to about 18 inches tall. It's a tropical plant, or an indoor perennial, so quite tender.

this plant is definitely Alternathera Ficoidea "snow on the mountain". My husband's 100 year old grandmother grew it for many years and last winter, it died. I am desperately trying to replace it for her 101st birthday!!!. If you know any place i can get it, I would be so grateful.
Michelle