What is happening with my pothos?

Eleven days ago, I had asked why my young plants were not growing. Well, weeks later, one of them is regressing. What can be the issue now? I added organic material( yam peel, banana peels and egg shells in the soil) about 3 weeks ago. What is the matter with it now? 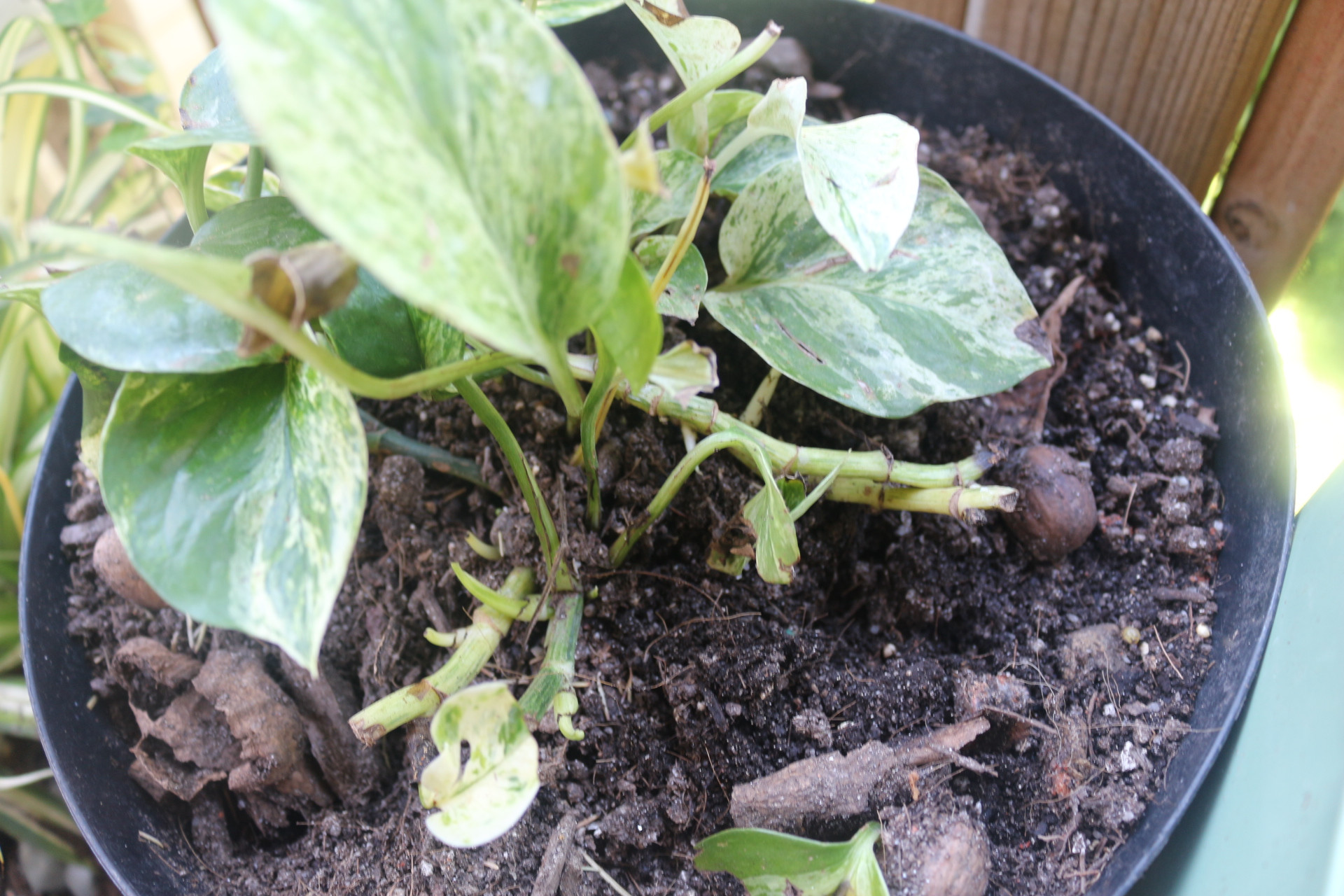 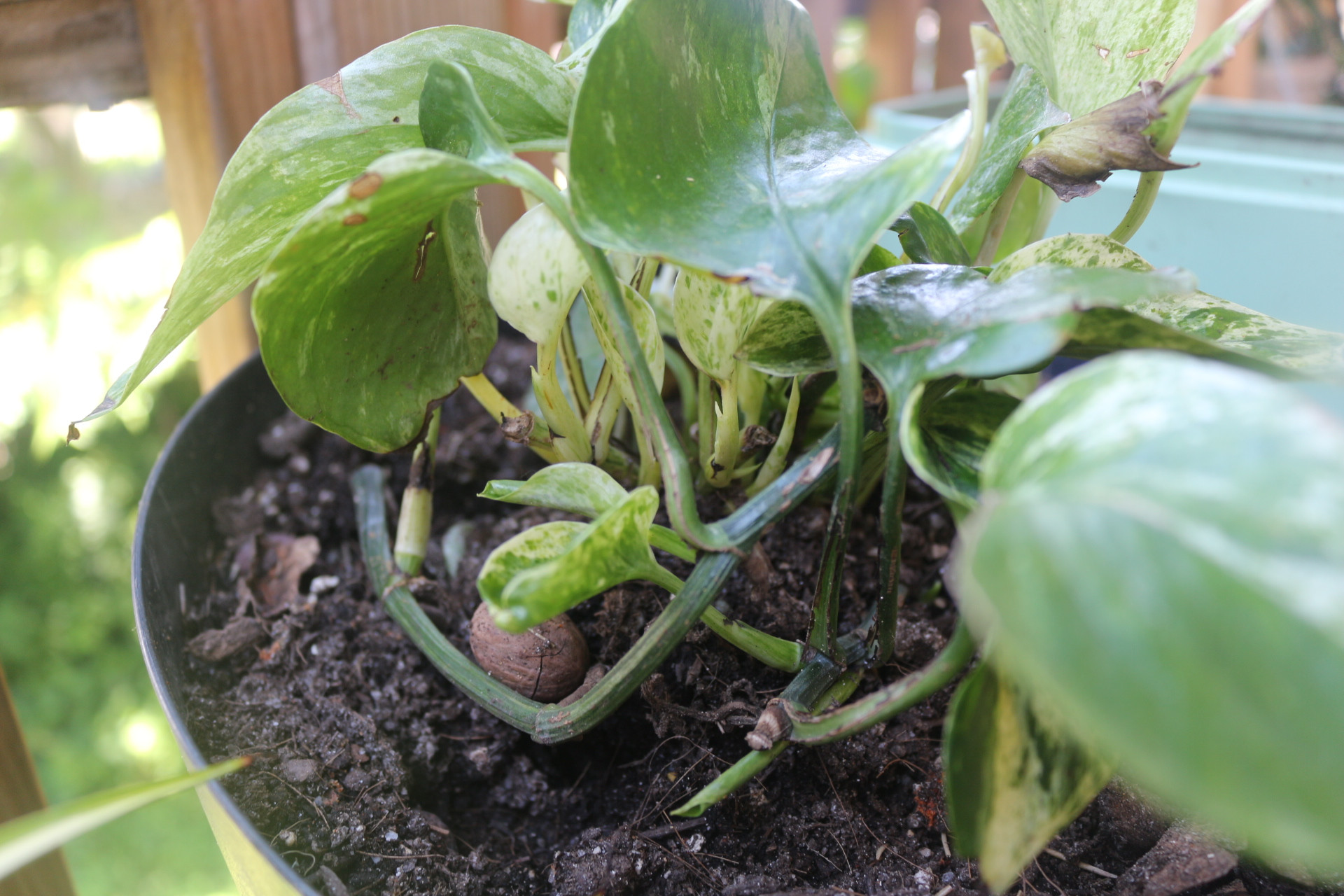 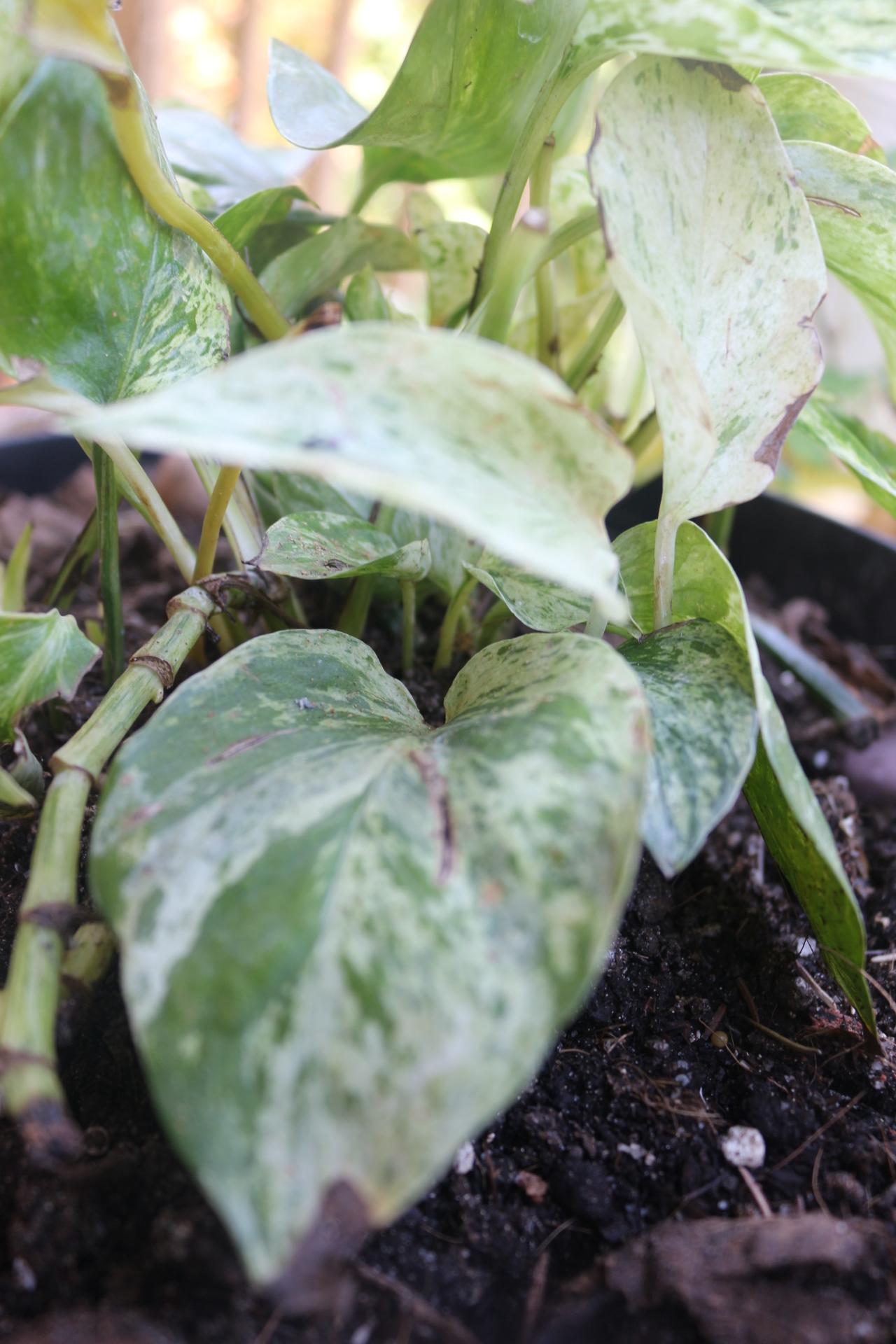 That having been said, while there does seem to be some damage to the plant, as was mentioned, it is showing some new growth. I agree that adding better drainage to the potting soil is probably a good idea, especially if it is outside and is constantly being rained on.

Pothos hates lots of light. Is this plant outside? Put it in the shade. It looks like too much light for this guy. How are you watering? Is this plant hanging or sitting in a saucer? A good sterilized potting soil IS FINE. Be careful with overfertilization...Osmocote is fine. What I am seeing is too much watering but more than that is too much light. Allow the soil to dry before watering. Allow no water to sit in its saucer. This is such a tough plant that it REQUIRES less attention to thrive. Weird, huh!

I see the following:

I conclude that the pothos is either over watered or the soil drains poorly which seems in line with your earlier question. Pothos is one of the tougher topical vines grown as a house plant. What you are doing with the soil mix is not working. I would repot the pothos with a bag of commercial house plant soil, don't fertilize, watch for over watering and insufficient light.

Not the answer you're looking for? Browse other questions tagged houseplants plant-recommendations containers plant-care container-gardening or ask your own question.

4
Why aren't my young plants growing, even with proper nutrition?

3
What is wrong with my Mother-in-Law's Tongue/ Snake Plant?
3
leggy basil with small leaves
4
What's wrong with my pilea?
2
Name of this Plant and how to keep it straight
1
What is happening to my Dieffenbachia, and what can I do about it?
1
Where to place grapevines in the hot Australian sun?
2
Help me save my Variegated Rubber Plant 'Variegata' (Ficus elastica)