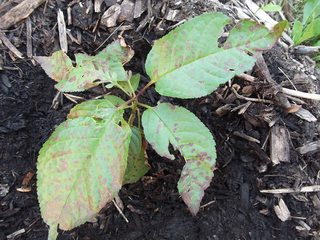 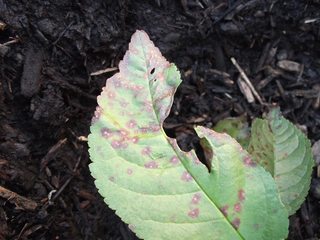 2
Why have some of the leaves on my cherry tree sapling suddenly gone very pale?
5
What is causing white spots and wilting on my Black Naga leaves?
3
Why did a section of leaves on my Holly bush turn brown?
0
Not sure of the problem with our new Dwarf Orange Tree
2
Browning / Curling leaf on a Brook cherry sapling
1
Help with a (possibly) dying cherry tree sapling
2
3 Mango Trees (6 months old); Grayish-Orange Spots heavily progressed; Blackening/brown curling leaf tips; 1 Mango Plant losing all its leaves!
3
Brownish yellow spots on monstera
1
Cordyline has dropped many leaves. Remaining look curly and browning at tips