Getting grass to grow on top of hill, shady area with possible concrete

I am a relatively new homeowner. The back of our house has a carport with a deck above it, then the back yard has about a yard of flattish ground followed by a decent slope. We noticed that the grass was a bit spotty at the top, but didn't think much of it. Two years later, it's practically all bare earth up there. The grass just won't thrive. I suspect there may be a combination of factors. The area gets very little sunlight throughout the day due to the deck. The deck also shades the area from much of the rainfall. Lastly, according to one of our neighbors, there may be concrete a bit further down, the remnant of a playset. I know there there is at least some concrete, as it's starting to become visible in spots through the eroding dirt. I've also found scraps of that black anti-weed fabric, suggesting that they may have planted other things such as flowers.

So, what can I do to fix this area? My first thought is to just put down more topsoil and seed it, but I'm a bit worried that it will all just wash away. If indeed there is concrete, I suppose I might have to dig down to it and break it up so that we can get a good layer of soil, but I'd prefer to put that as a matter of last resort because of the amount of effort it would take as well as that it would likely kill off what remains of the grass in the process.

If you cannot improve the sun situation, trying to grow grass may be futile, and would best be altered to growing something more shade tolerant, such as myrtle, pachysandra, or hosta. Clover is a somewhat more shade-tolerant plant that can be mown as grass is if having it "be lawn" is important (which the other plants I mention won't do) and you are not one of those folks that thinks clover is "a weed" that must be removed from "a lawn."

I would not worry too much about the sub-surface challenges, if you get something that's willing to grow in the sun/rain conditions you have, it will throw roots around (and eventually through) the concrete and grow, though you should toss on enough soil to cover the exposed bits up so your new planting can get started. i.e., build up, don't dig down to solve it.

Sending pictures via the answer section is the only way I know to send a few pictures where we got rid of the grass on a steep slope for an extension of the home into the landscape. This is probably overkill just hope it might engender different ideas of terracing and better outdoor spaces than just grass. 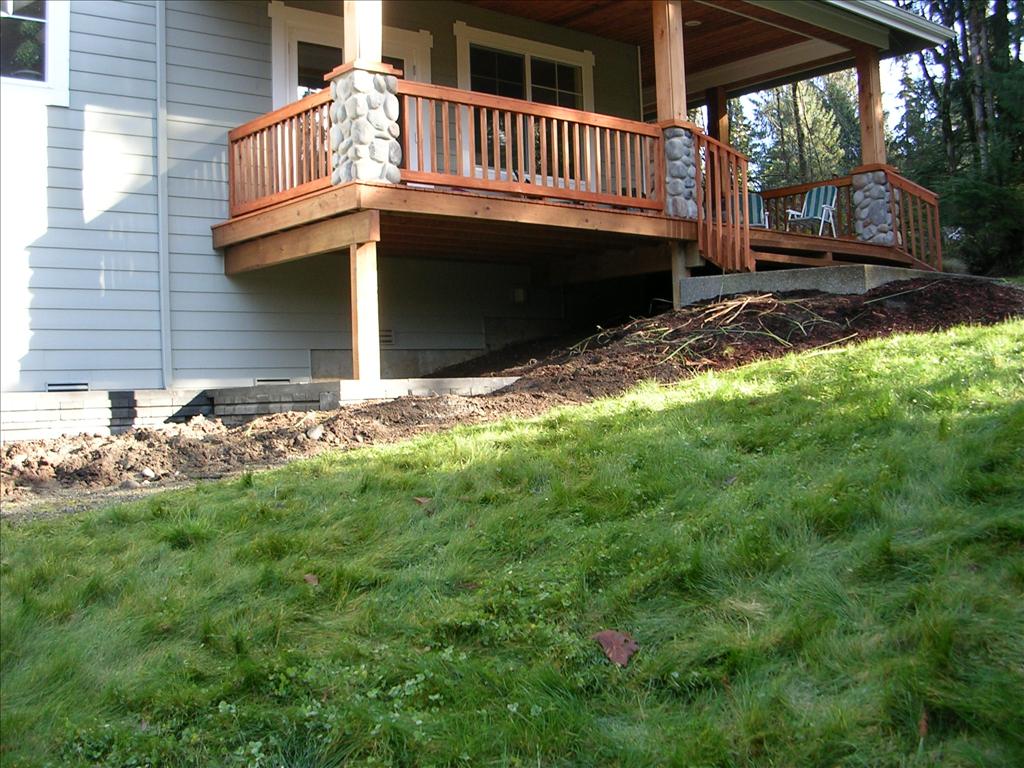 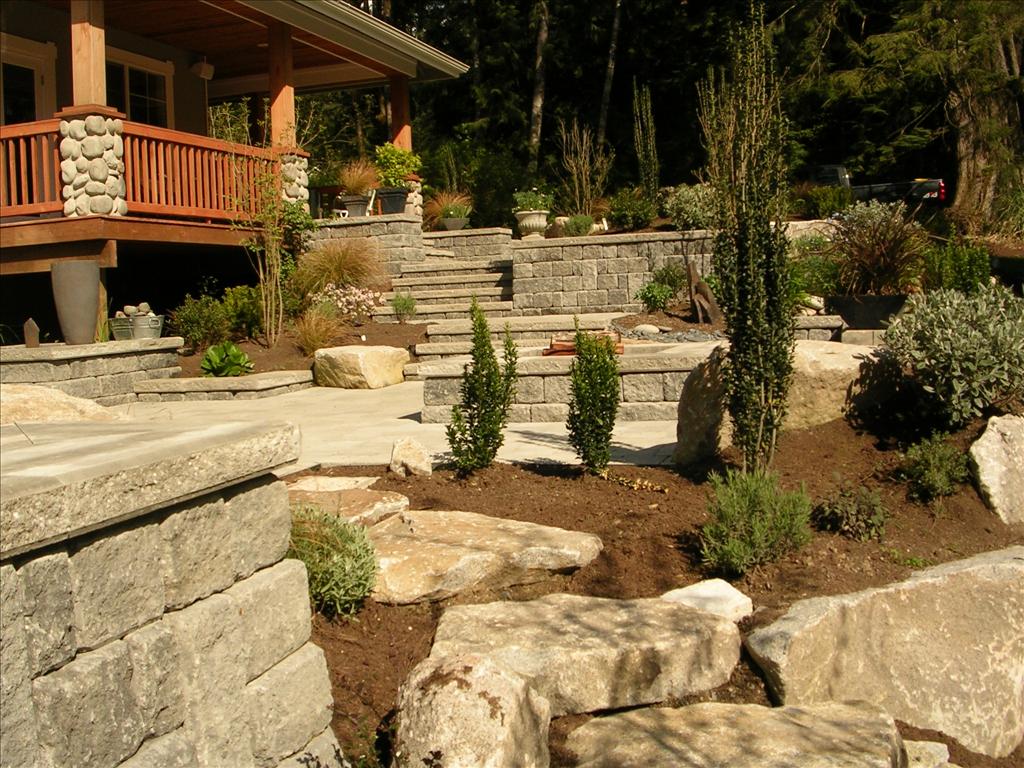 Not the answer you're looking for? Browse other questions tagged grass concrete erosion-control or ask your own question.

0
What is this plant growing beside my house?

34
Making a yard that's settled more level?
9
How can I maintain a permanent shade lawn?
9
Removing concrete border around stone patio
6
How to get rid of bermuda grass without using chemicals
11
How can I temporarily grow grass on concrete?
9
What should I do to rescue grass from a petrol spill?
4
New Sod Installation - TLC
3
Drought and animal tolerant grass
2
What is this awful leafy plant that's taking over my lawn, and how to get rid of it?