What is this gray-green plant with magenta flowers?

The plant below has flowers about 1+1/4 inch (32mm) across. The leaves are soft and maybe slightly fuzzy; they feel like thin suede. This is growing in the Williamette valley in Oregon mainly on a sunny, grassy slope. I don't know if is a native or a naturalized garden plant (the latter seems more likely, but don't know if it is widespread or local to one property). Seems moderately successful competing in those sunny grassy areas. 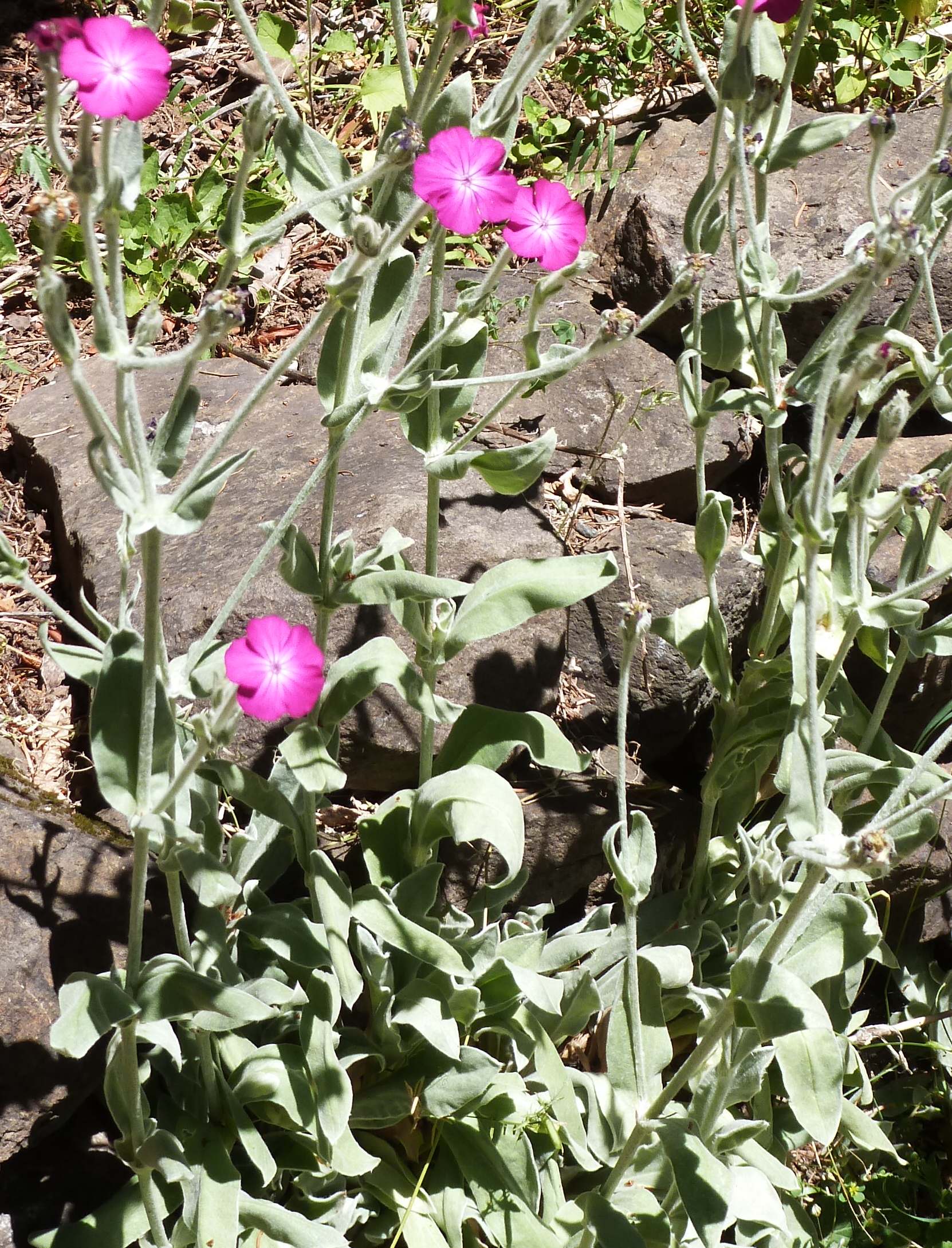 This is Silene coronaria, commonly known as Rose Campion. Identifying characteristics are the almost fluorescent magenta flowers and the gray-green leaves. In winter, the plants die back to a rosette of leaves at the base of the plant, or disappear completely, depending on how harsh the winter is. They put out leaves in early spring and have a short flowering season in late spring to early summer.

It's native to Europe, so you're seeing it naturalized. It's not listed as invasive by the State of Oregon, but is considered to be by the Native Plant Society of Oregon. I have some in my yard, and it definitely spreads, but is also easily controlled by pulling the seedlings when it pops up in new places.

1
What is this plant with furry leaves