What are some of the best fast-growing trees for both shade and fruit/nuts?

I want to grow a bunch of trees in my garden for shade. Which trees will grow fast and are also useful for fruits or nuts?. By the way, I am in South India - Chennai (Madras)

Top of mind i would have suggested Mango, Avocado and Litchis which all provide delicious fruit and fantastic shade. I also thought of Macadamia, but turns out the growth rate is slow.

In the end, after some research, here are some interesting indigenous alternatives: 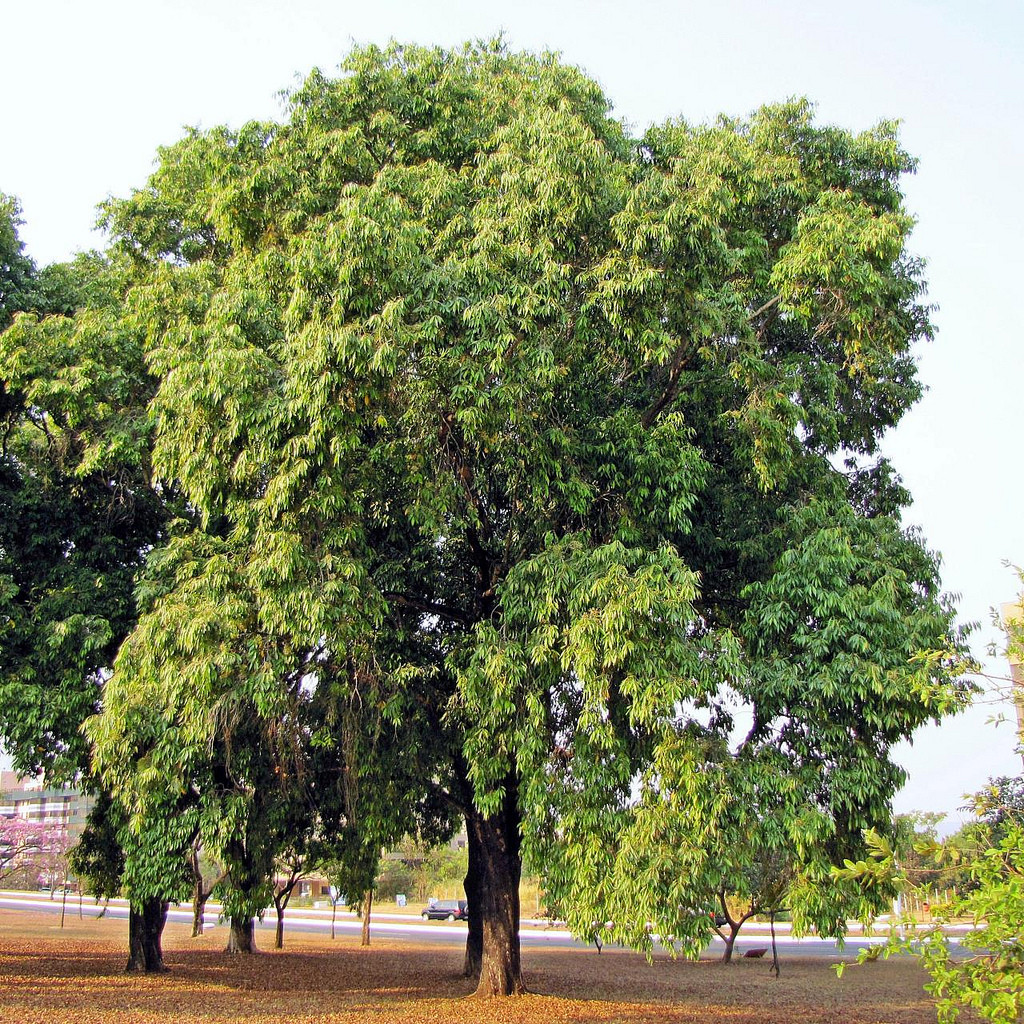 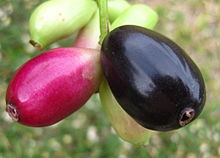 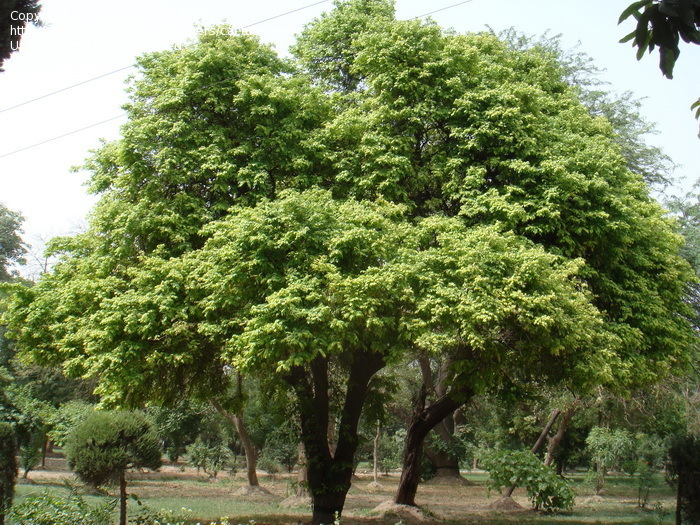 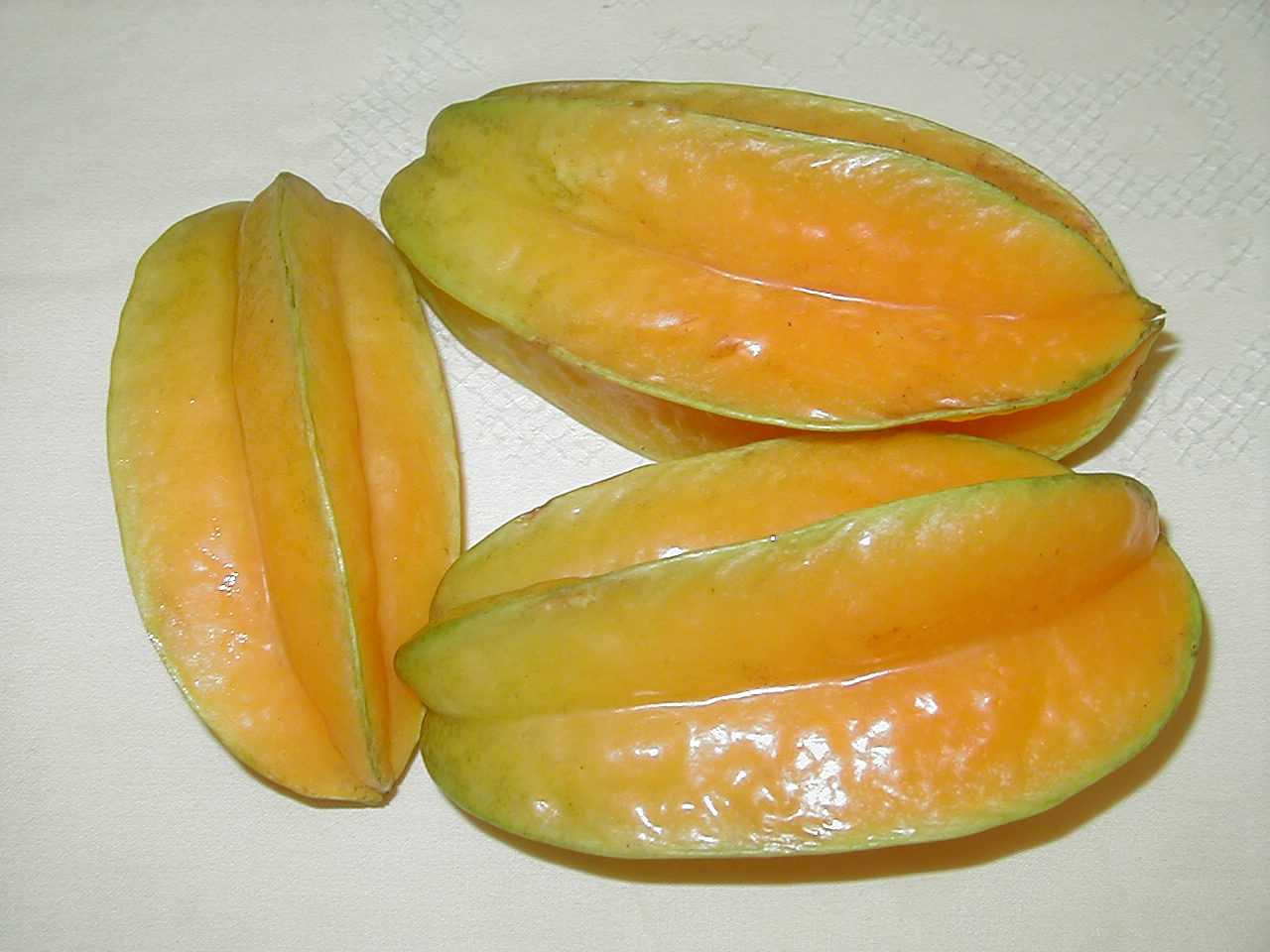 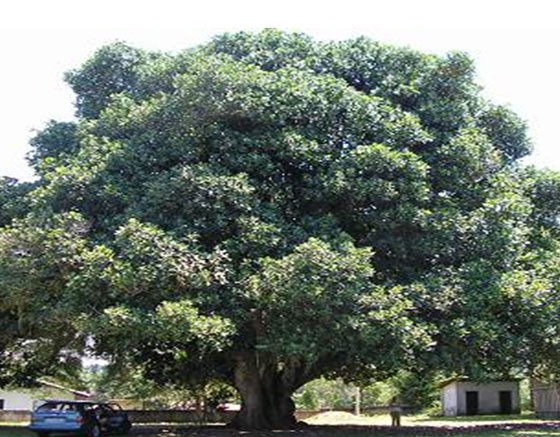 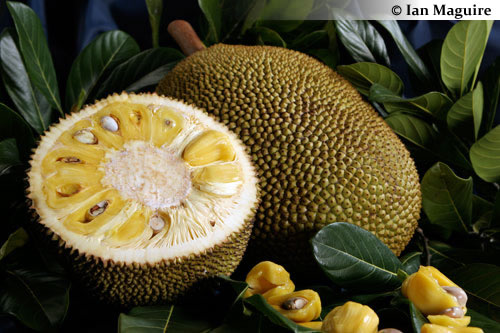 Apricot trees are great for shade. Our Mormon apricot provides the most (as in darkest) shade out of all our fruit trees. It's a fairly young tree, too (about 6-12 years since it was planted in our yard from the nursery). It's a good spot to harden off plants. We have, and have had peach, nectarine, apples (McIntosh, Yellow Delicious and others), cherry, sour cherry, pear, plumcot, plum, and probably other stuff.

Apricots are vulnerable to losing blossoms after frosts, however, and if you're growing them both for shade and fruit, get some nice ladders.

Apricots are decorative in the early spring with their popcorn-like flowers. The fruits have pits that some people find useful. I recommend researching those, both raw and cooked. I heard a rumor that cooking them might lessen the toxins, as with almonds (if that's true for almonds).

For the most shade, a standard tree would provide the most. Semi-dwarf apricots can still provide a fair amount of shade, though. Ours is actually a semi-dwarf that hasn't been pruned for two or three years. I'm not sure which rootstock they used, but it might matter a lot. It looks a lot like a standard. If you're willing to get a standard, you'll have more selection for shade, but cutting it down may be expensive if it's by something important. I like my neighbor's standard pear tree (it shaded well). I've seen standard cherries give good shade. I'm not sure what kind of pear/cherry those are/were. Our dwarf and semi-dwarf pear trees don't give a lot of shade, and they're not very big, even unpruned.

Apricot trees seem to grow much faster and more vigorously than other fruit trees we've had, but they don't necessarily produce more fruit. If you live ain an area with spring frosts, you may get less, except on odd years where you get loads and loads of apricots. We usually get a few apricots every year (maybe 20-50), and we have frosts. However, other people in the same town get loads of them every year, it seems. So, it may depend on your variety or location. Our previous apricot tree normally got either no fruit at all or loads and loads of it. Usually, we didn't get fruit, though.

I have a feeling you might want to consider mulberry trees. I've never grown one, but they can produce fruit and shade well. Just don't walk under them and then on carpet, if there's fallen fruit.

I recommend that you carefully evaluate if you really want shade in your garden, though. It might be nice to keep yourself and others cool, but it may also make growing certain vegetables successfully more difficult. It may also mean less sunlight in nearby rooms via windows. If you have houseplants in the windows, or if you're starting garden plants inside, it can lessen the sun considerably.

You can grown indian almond

You can also grow Neem tree which gives a lot of cool shade and small fruit which is eaten by some birds.

Both the trees mentioned above are native to India. They shed the leaves in autumn. But all through out the year they give lot of shade. Indian Almond will give its fruit in Winters.

Try Loquat. Large dark shiny leaves, fast growth, and the citrus fruits are small, tart, orange-melon type flavor and they don't keep well so you need to get them fresh off the tree. I have one in Austin TX (no idea about your climate) and it is quite vigorous.

Not the answer you're looking for? Browse other questions tagged trees fruit-trees shade tropical nut-trees or ask your own question.

29
What is a fast-growing deciduous tree for shading house in summer? (Long Island, NY)
11
What are some good tree suggestions for providing some shade for the house (Seattle, WA)?
10
What are the best deciduous shade trees for Phoenix, Arizona?
18
What is the best shade tree to shade the front of my house?
6
What are some fast growing bonsai fruit trees in Delhi?
9
What trees would be good along a boundary wall and avenue in India?
2
Are "fast growing trees" a gimmick, or is this possible?
4
Can I get a productive nut tree in the north of England?
4
What are the best trees to grow as sustainable firewood in the UK?