We have a Corkscrew Willow tree which currently has bark peeling off. We took the rest of the bark off to allow the tree to dry (to prevent moisture in the tree). I was wondering if we need to spray something on it? Also, we have been seeing some smaller dead branches on it lately, not sure if this is normal or not. Here some pictures of it, there's a bunch of random things we seen on it, including bugs, some sort of mushrooms (from the moisture?), and bumps: 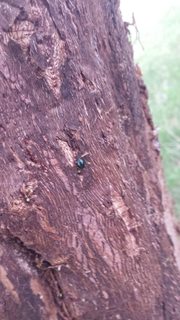 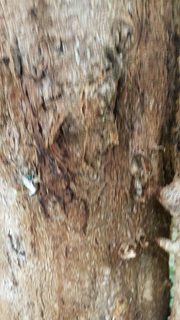 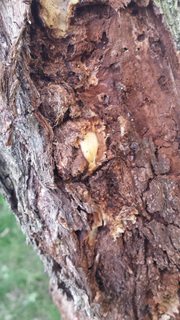 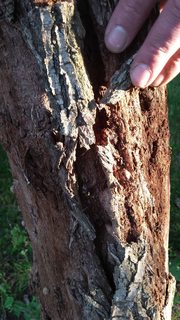 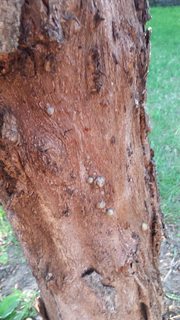 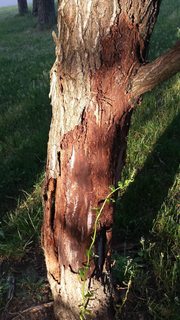 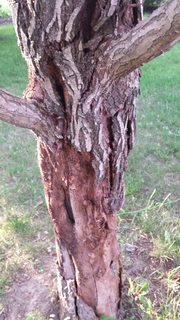 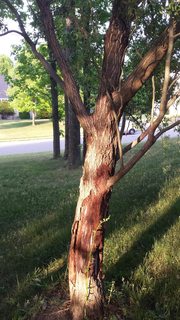 The fact the bark was peeling indicates something is going on underneath - the presence of fungus (mushrooms) is a good indicator that the tree is in very poor health, and will likely die. It may have suffered some kind of borer penetration, or a beetle infestation, or simply be sick at the roots, causing the bark to peel and fungus to start growing. When you removed the rest of the bark, you may have also removed some of the cambium and particularly the phloem layer - phloem is part of the tree's circulatory system, and its just beneath the bark. If you breached this area all round, the tree will die, but probably slowly.

Given it was sick initially, and now the bark's completely removed, it's probably safest to take it out, including removing the roots, just in case the problem started there.

In response to your comment, removing the bark wouldn't have helped at all (its a bit like you removing a layer of your skin), a tree needs its bark - but the fact is, the tree already had a problem, which was why the bark was loose, and it may have shed all the bark by itself over time anyway. You could try cutting it to the ground as suggested by someone else; if there isn't a problem at the root, it should/might grow again as a shrub, but do not cut past any graft present at the base - many Salix tortuousa are grafted onto a different rootstock, so if you cut too far, you'll just get the rootstock growing, not the corkscrew part.

Not the answer you're looking for? Browse other questions tagged trees pests or ask your own question.