What is this tall stalked plant with fern-like leaves?

Can someone tell me what this is? I've got a TON of this on a new property I just moved to. 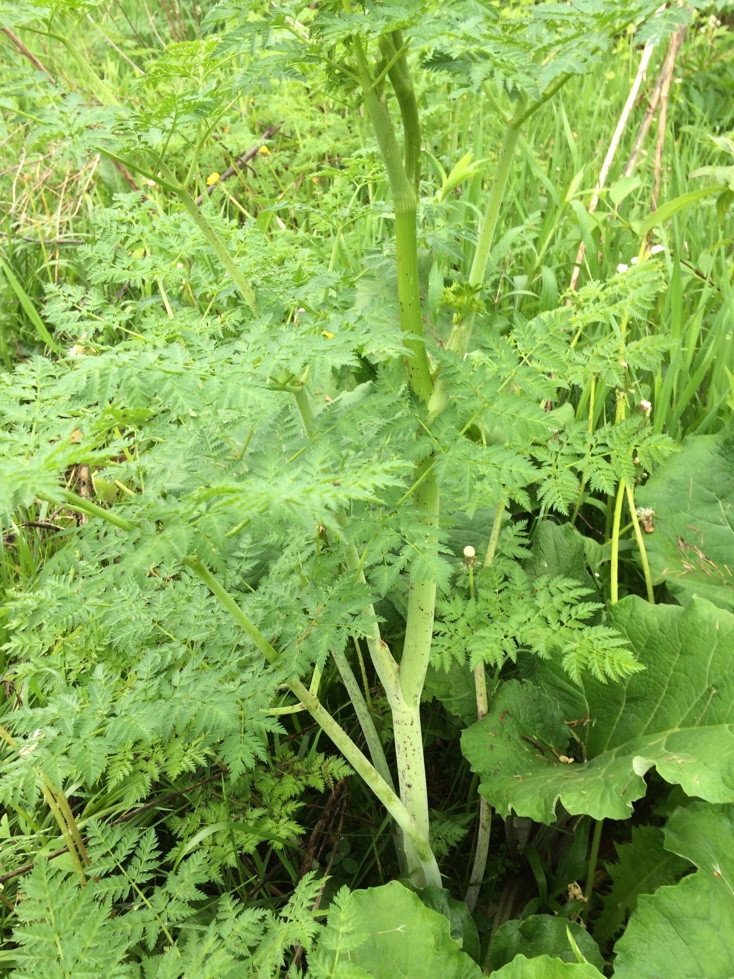 Definitely in the Apiaceae Family. I considered Anthriscus sylvestris (called cow parsley or Queen Anne's Lace) at first, but looking at it a bit more, I'm pretty sure it's Conium maculatum (Hemlock). Fortunately I found a website discussing the differences between the two. From what I can see in your pictures the stems appear rounded rather than grooved, suggesting Hemlock. Also the red dots on the stem are suggestive of Hemlock.

I would suggest clearing it out CAREFULLY before it flowers. Wear gloves and a long sleeved shirt so the sap doesn't get on your skin, if it does wash it off fast. The sap has the potential to cause localized burning/rash on your skin, but it's only lethal if you eat it.