What is this low growing plant with pink flowers?

I'm still getting to know my garden. I see these pink flowers growing and can't decide whether they're growing at random or they were planted intentionally. What type of flowers are they? Should I get rid of them along with the purple ones? 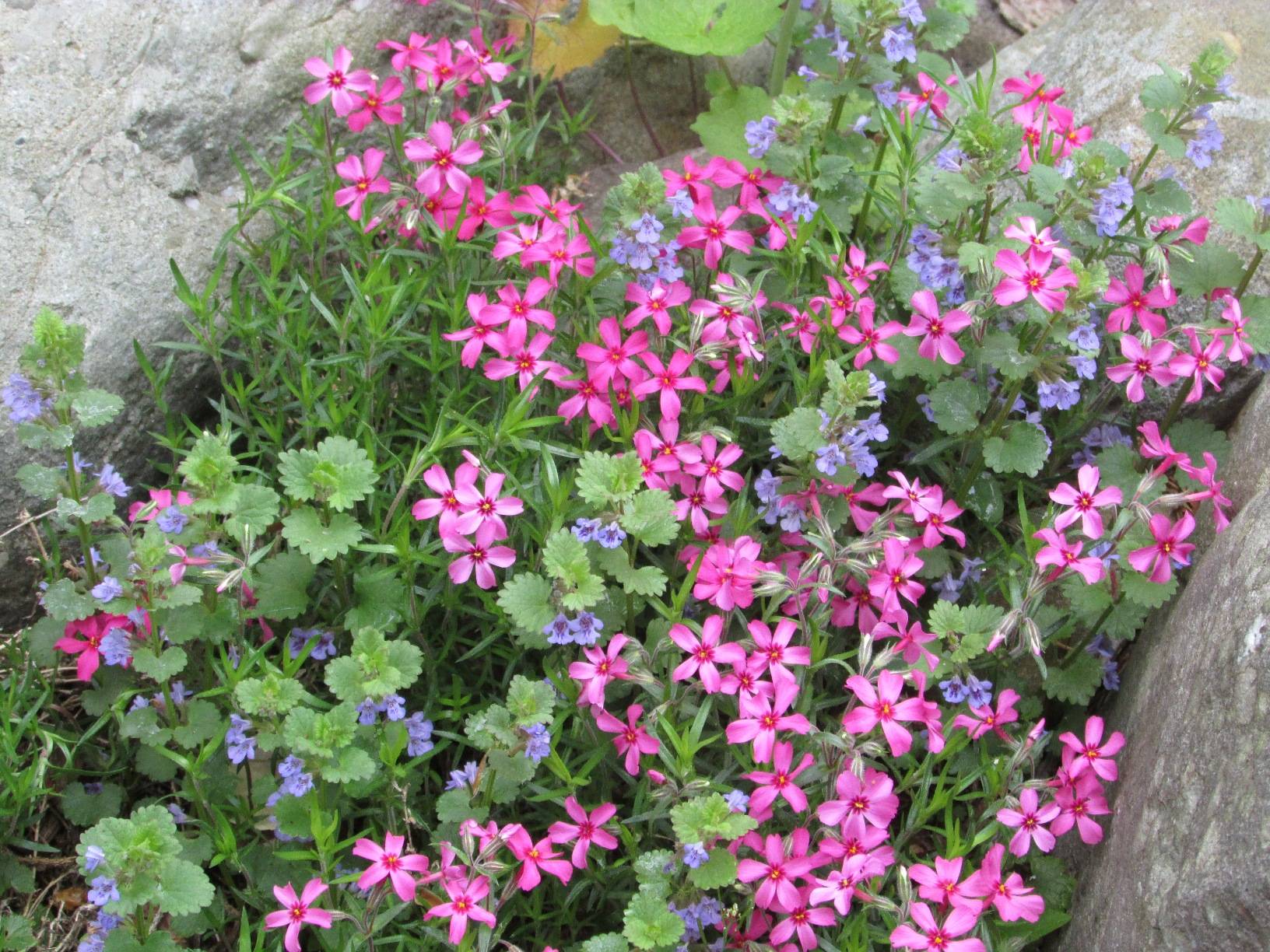 identification flowers weeds
Share
Improve this question
edited May 11 '15 at 16:56

The pink flowers are Phlox subulata, a variety of anyway, not sure which cultivar, there are a lot of them. Its a perennial, often evergreen depending on variety, usual height and spread is 6 inches by about 20 inches, though you can cut them back after flowering if they spread wider than you'd like.

The blue, though, is most likely Veronica persica - a wildflower or weed, depending on your point of view, and they appear to have spread through the Phlox, so it might be wise to try to remove some of that before it tries to take over completely.

Its pointed out in a comment below that what I've named as likely Veronica persica may be Glechoma hederacea - and it may well be. That one roots at the nodes, unlike Veronica, and smells vaguely minty when crushed. Either way, it needs to be controlled or eradicated. Glechoma is edible - but Veronica persica is not.

Not the answer you're looking for? Browse other questions tagged identification flowers weeds or ask your own question.