Saving a Tree With Frost Damage

I have a friend who left a Redwood (Sequoiadendron giganteum) sapling out in the cold and snow a few months ago. It's still alive- it has some green needles still- but it's slowly getting browner and browner. What can be done to revitalize it?

It's about 8 inches tall, and under 6 months old. It's been in its current pot for about 2 months. 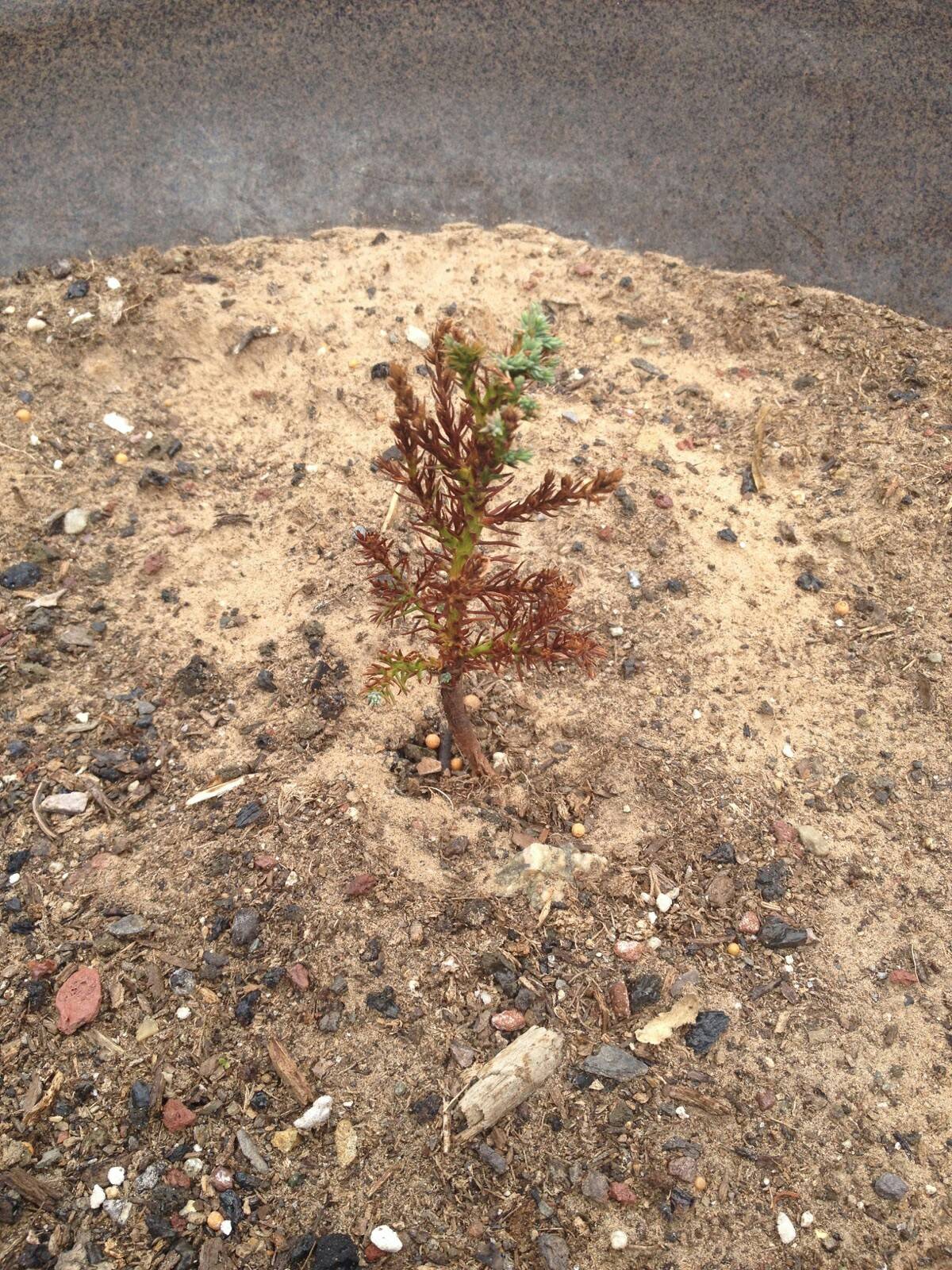 Here's a picture of the tree. It looks like it's planted in sand, which would be bad, but it's an even mixture of sand, potting soil, and mulch. The soil and mulch has just been washed below the sand.

I don't think frost will damage it.

I noticed that on spring the Redwood tend to brownish, but later in end spring it will return green (blue green at the beginning).

Not the answer you're looking for? Browse other questions tagged trees frost recovery or ask your own question.

10
Mushrooms in mulch: that's OK, right?
3
Sequoia Browning
5
What's wrong with this Photinia fraseri tree?
9
How can I save Yew bush branches severely bent by snow and ice?
3
White spruce problem (yellow needles)
1
During a warm-spell in early winter, can dormant hardwoods survive planting? Even if frozen temps are a day away?
2
Browning / Curling leaf on a Brook cherry sapling
0
What am I doing wrong with my camelia?
0
Kumquat Marumi Zone 8b Frost Damage