Why isn't my periwinkle flowering?

Here is my periwinkle. I watered it twice a day. Its hot weather here it Bangladesh. This plant is producing a lots of seeds but no flowers. 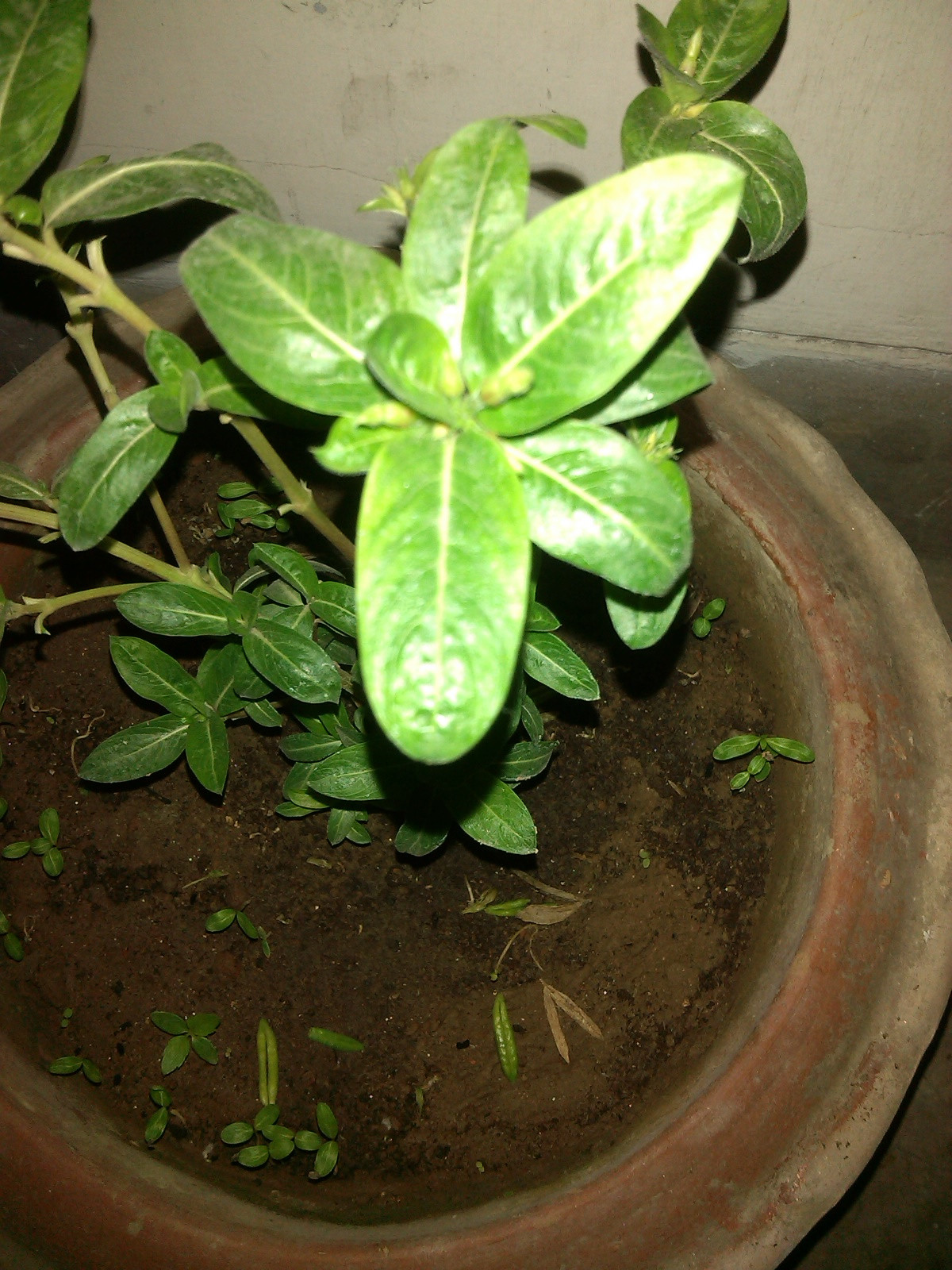 Depends which periwinkle you've got - there are two plants that are often called periwinkle. The first is Vinca (V. major or V. minor) and this one is a sprawly perennial which does well in shade, and flowers in early to mid spring. If this is the one you have, its likely its done flowering for this year, in which case, pull all the stems up into the air and chop them off to about 4/5 inches from the ground. This may induce a bit more flower as the stems grow again, or you'll get some more around autumn - just not so many as in spring.

The second periwinkle is Catharansus rosea - this is usually treated as an annual and flowers from spring through to summer. If this is the one you have, and you've only recently planted it, it will need frequent watering until its established, so if its short of water, that might be why its not flowering. Cut off spent flowerheads to save the plant putting energy into producing seed.

If you've recently planted the first type, Vinca, again, that will need watering during dry spells till its settled in, but more to keep the plant thriving rather than inducing further flowering now.

UPDATED ANSWER; Now you've added a pic, I can say its Catharansus rosea - this plant prefers full sun, or half a day's sun at the least - without that, it flowers less readily. Your picture is out of focus in the centre of the top 3 leaves, where I can see what might be either seed pods or buds for flowers, hard to tell. Bear in mind that, for your plant to have produced seeds, it must have flowered, one follows from the other. If those are seed pods in the centre and not flower buds, then you've obviously had flowers recently.

If you've had this plant a while, just check its not root bound and needs a bigger pot - its not looking particularly lush and healthy.

23
Why is an indoor pepper plant flowering but not producing fruit?
2
Why did hydrangea flowers change from pink to light yellowish/brownish green?
3
Why are my hibiscus buds & leaves randomly turning yellow and dropping off?
10
Why does my Goji Berry produce many flowers but never bear fruit?
2
When should I start watering flowers in the garden?
8
Fast-growing vine, supposed to be a flowering plant
3
Flowering plant ID assistance!
2
Why is my plant dying?
4
Will a periwinkle plant regrow leaves on bare branches?
1
Flowering plant identification and why might flowers not open?