How can I revive a wilted Mexican feather grass?

I bought a Mexican feather grass from the clearance section so I know it's been taken care of, it's just a little droopy so it was heavily discounted. Since I thought I'd like it, I'd love to be able to get it to perk up. Right now it looks like a pony tail that's partly green, partly tan. My friend thinks it looks like Lady Gaga buried feet first. Hopefully it's not too late. 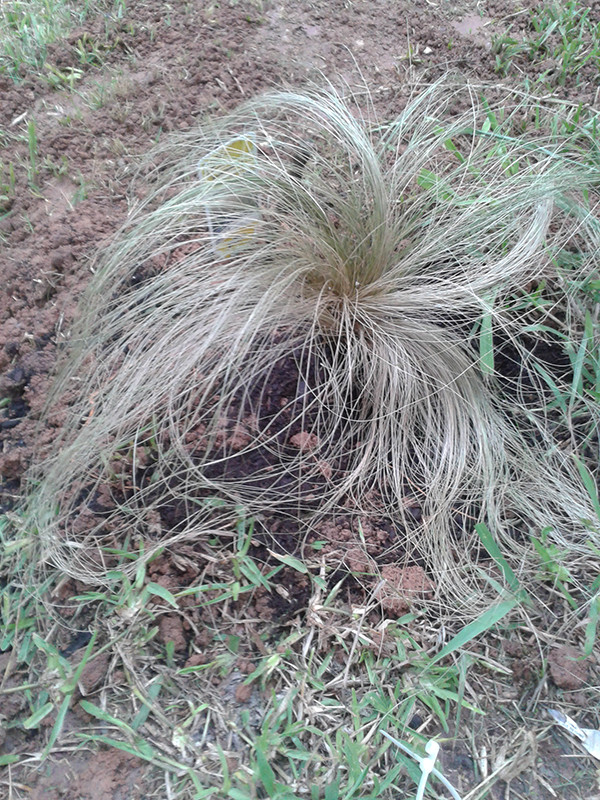 Any ideas on how I can revive it?

I'm assuming you mean Nassella tenuissima 'Ponytails' - you haven't said what you intend to do with it, but I'm assuming its going outside, so plant it somewhere that's free draining but doesn't constantly dry out completely. Keep it watered initially until its settled in. If you're not putting it outside, turn it out of its pot and check whether it needs a larger container. Needs free drainage, so a container with holes is essential and don't leave it sitting in an outer tray or pot in water. Either comb or pull out dead brown parts, or cut it right down and let it grow again. Can be cut in April, and again in Fall.

Hopefully, this plant was in the clearance section only because it needs cutting back and may need repotting - if they cut it back, they're unlikely to get a buyer for it, so its not worth the effort to tidy it up. Either that or its one from last year that they've not tended this spring.

Not the answer you're looking for? Browse other questions tagged plant-health grass or ask your own question.

14
How can I harvest my own grass seed?
11
How can I temporarily grow grass on concrete?
4
Can grass live upside down?
5
Can a Mexican sage survive losing all its stems?
7
How can I revive these house plants
1
Can this fittonia argyroneura be saved?
5
How can my rubber plant revive?
1
What's the best way to revive dead grass?
2
How can I revive my mint plant?
1
My marigolds wilted due to frost. Can I revive them?