What ate the leaves of my bell pepper plant?

I planted a sweet orange bell pepper plant last week in my garden bed, which was converted from a fire pit. It's only half a foot tall and hasn't flowered yet. One day, an entire leaf was chewed off. On the next day, almost all the leaves were chewed off.

The neighboring tomato plant and strawberry plants are untouched. I looked for worms but didn't find any. Last week, I did kill a white caterpillar shaped worm though. Today, I did squash some slugs that I found on my strawberry plants, but they didn't seem to be doing major damage to those plants.

Yesterday, I saw a squirrel gnaw on the leaves of dandelions. Last year, I noticed that the squirrels were fond of weeds, but they never touched my real plants. Could they have changed their attack plan this year? 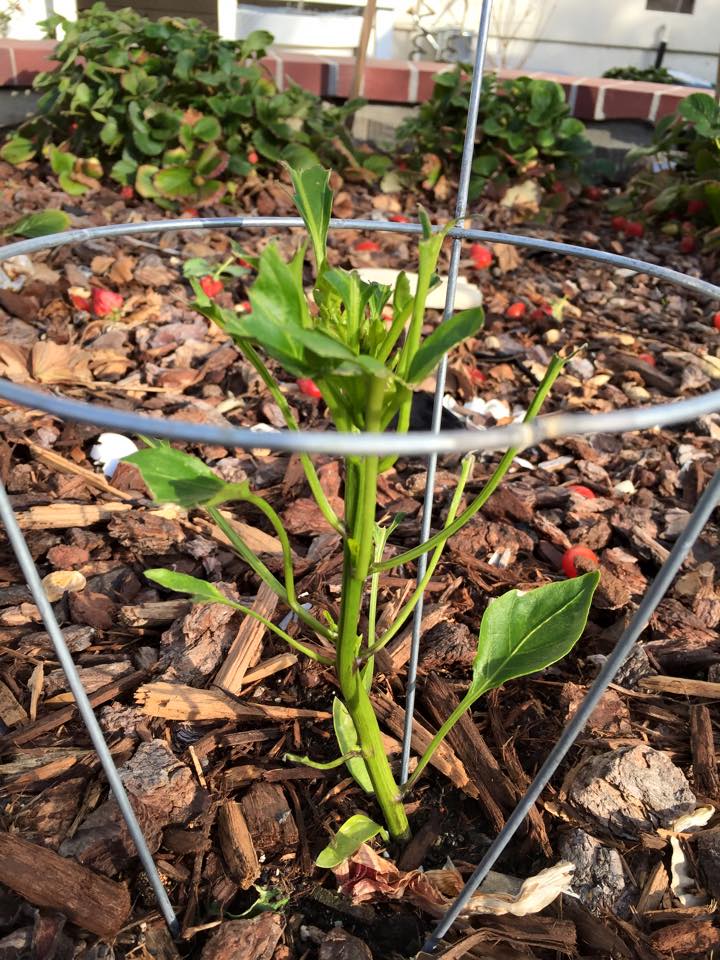 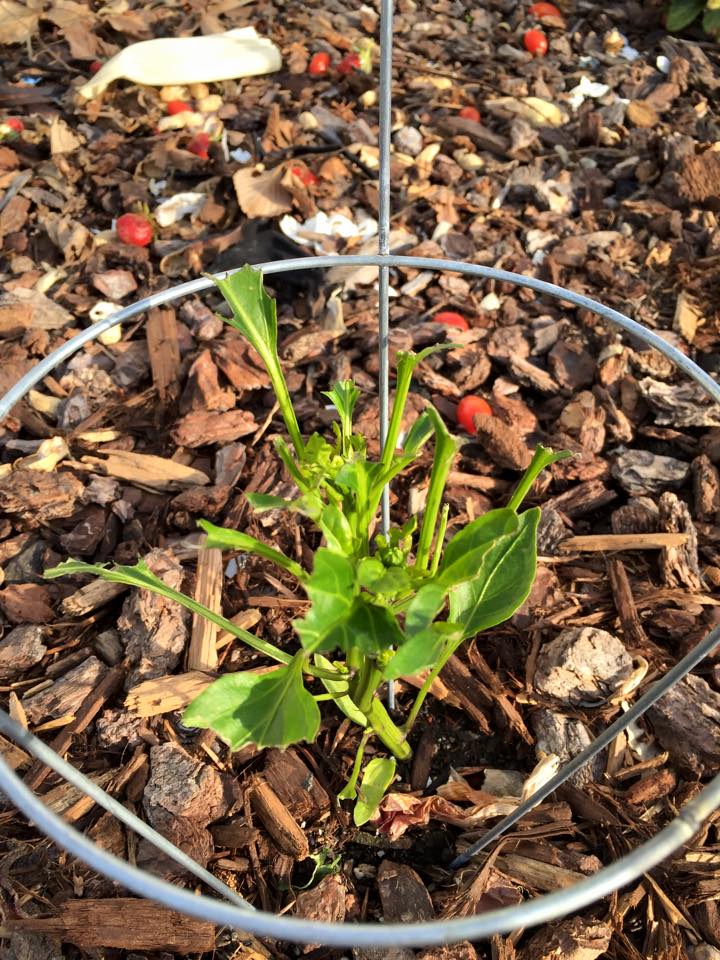 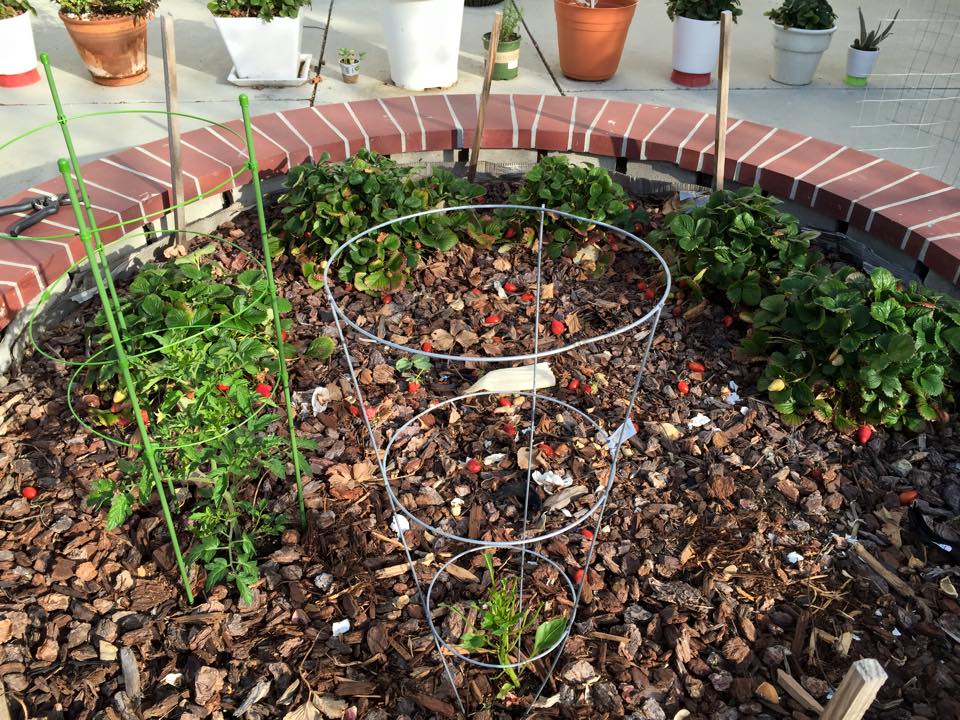 This morning, I discovered that the last leaf of the orange bell pepper was chewed off. Also, my Sugar Baby Icebox Watermelon seedlings were also attacked in a similar manner. I had neatly piled cedar mulch around the watermelon. I see that the mulch was disheveled and the soil was indented. An insect would not be able to move mulch around like that. It must be the squirrel by process of elimination. 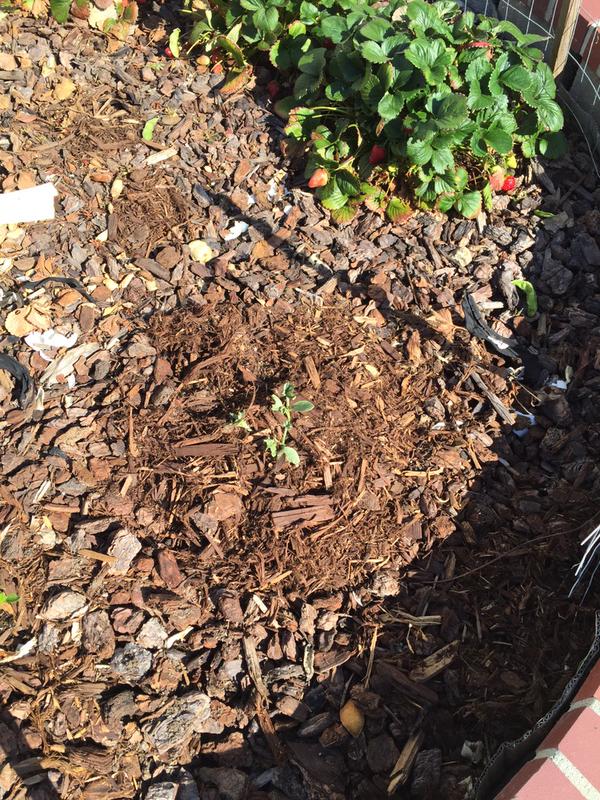 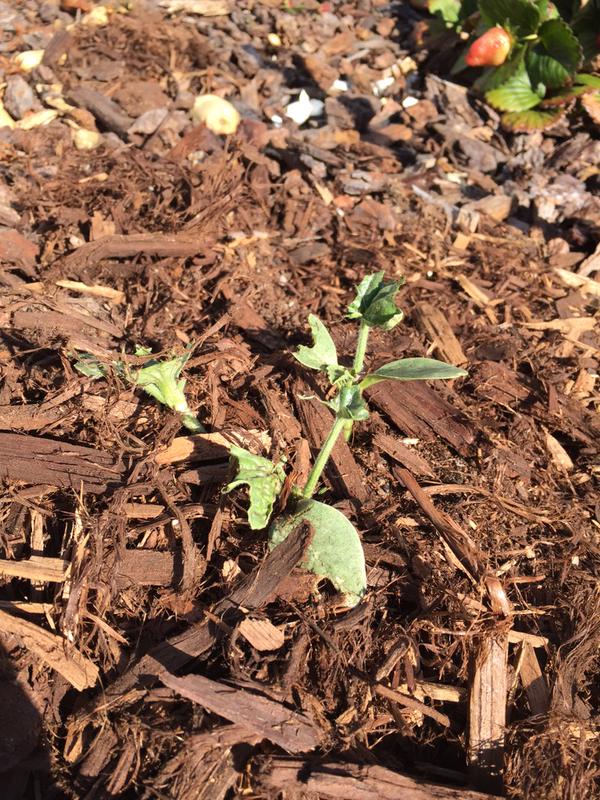 I bet its some sort of groundhog / gopher or other type of garden rodent pest. Without visible bite/teeth marks it is hard to say for certain, but I had pepper plants and they ate them up first. Pretty much avoided my tomatoes though.

Looks like deer due to the height of the marks, rough broad marks (deer sort of rip the leaf) on the leaf. More leaves on the bottom of the plant indicates its not a shorter animal like rodents, groundhog. 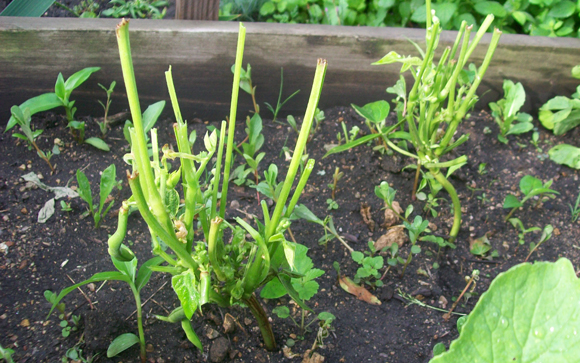 If you can't see any teeth marks anywhere, that might rule out rabbits, squirrels, deer and the like. It sounds like a job for a torch after dark - you need to go out in the night and see if there's anything there, including insects such as earwigs. I imagine you've already checked for caterpillars in the day time.

Not the answer you're looking for? Browse other questions tagged pest-damage bell-peppers squirrel or ask your own question.

18
Why did my orange bell pepper smell of ammonia?
6
Pruning leaves from bell pepper plants
7
Why are the leaves on my bell pepper plant starting to turn yellow?
14
Is there actually such a thing as a ripe green pepper?
3
Are squash bugs a pepper pest?
2
What is eating/removing young fruit from my lemon and orange trees?
4
Unsure if Bell Pepper plant or not
2
What ate the leaves of my pepper and tomato plants?