I need help identifying one of my old neglected-so-far cacti. Unfortunately and somewhat deservedly, it has not flowered for me yet. 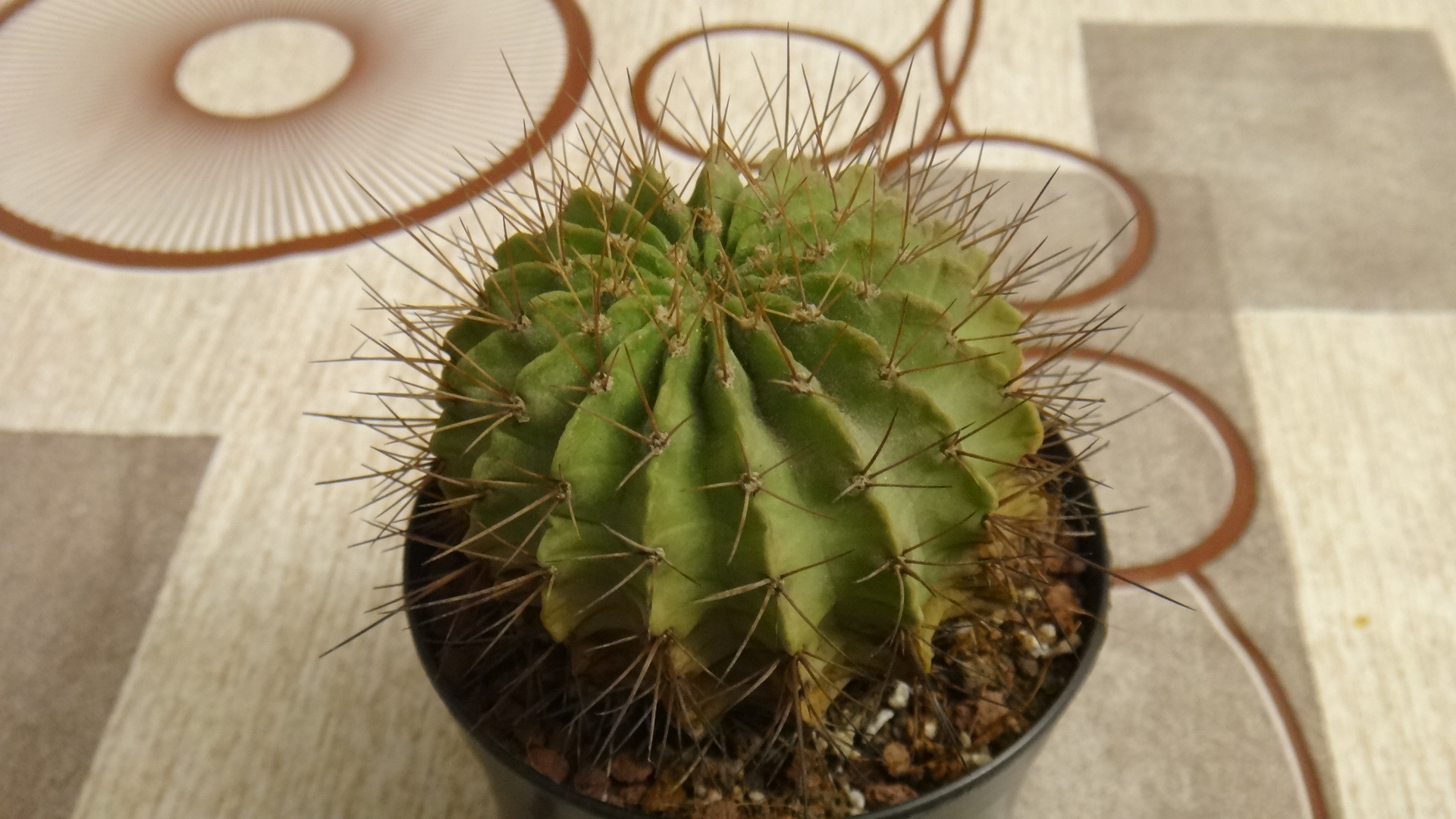 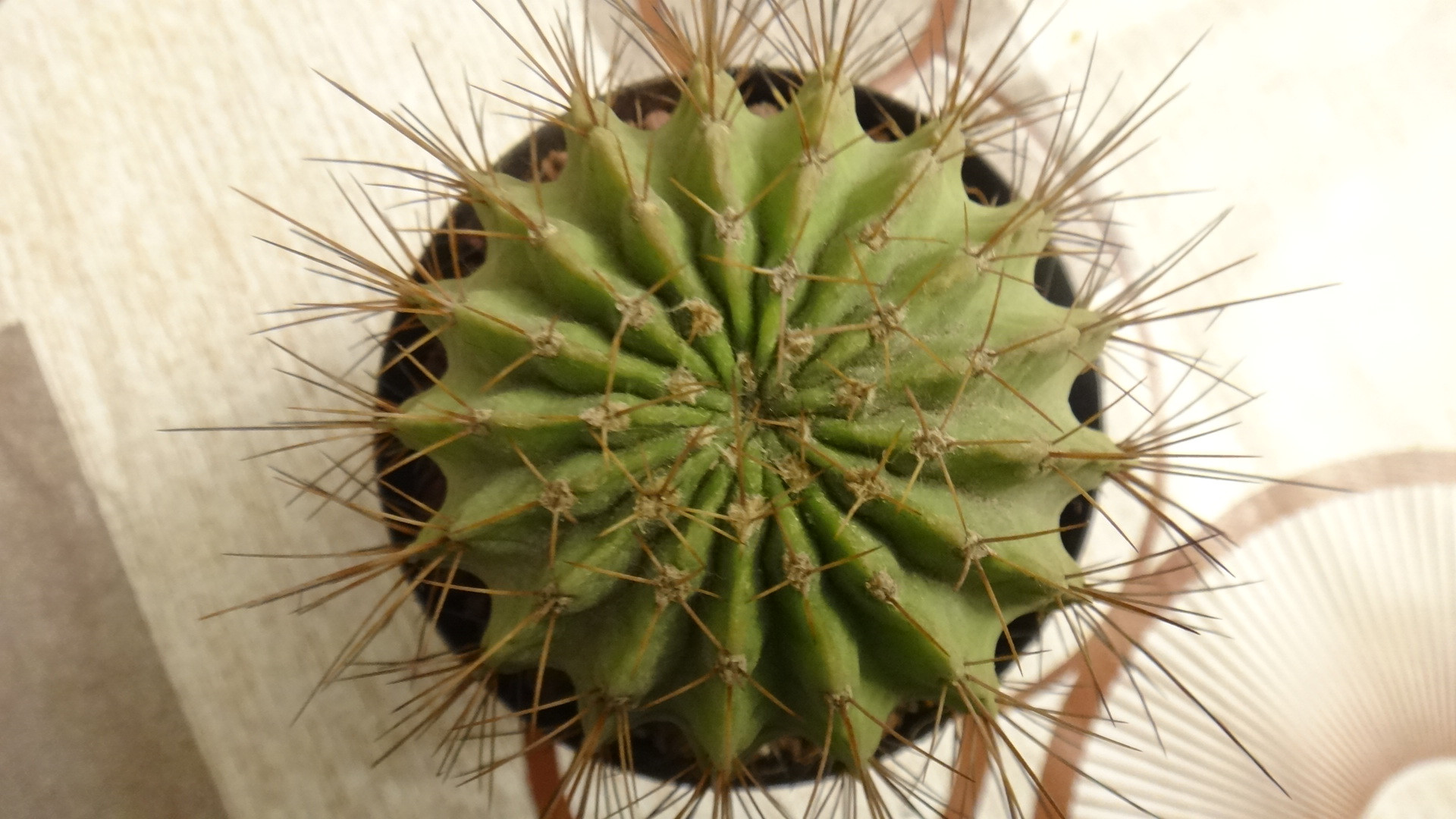 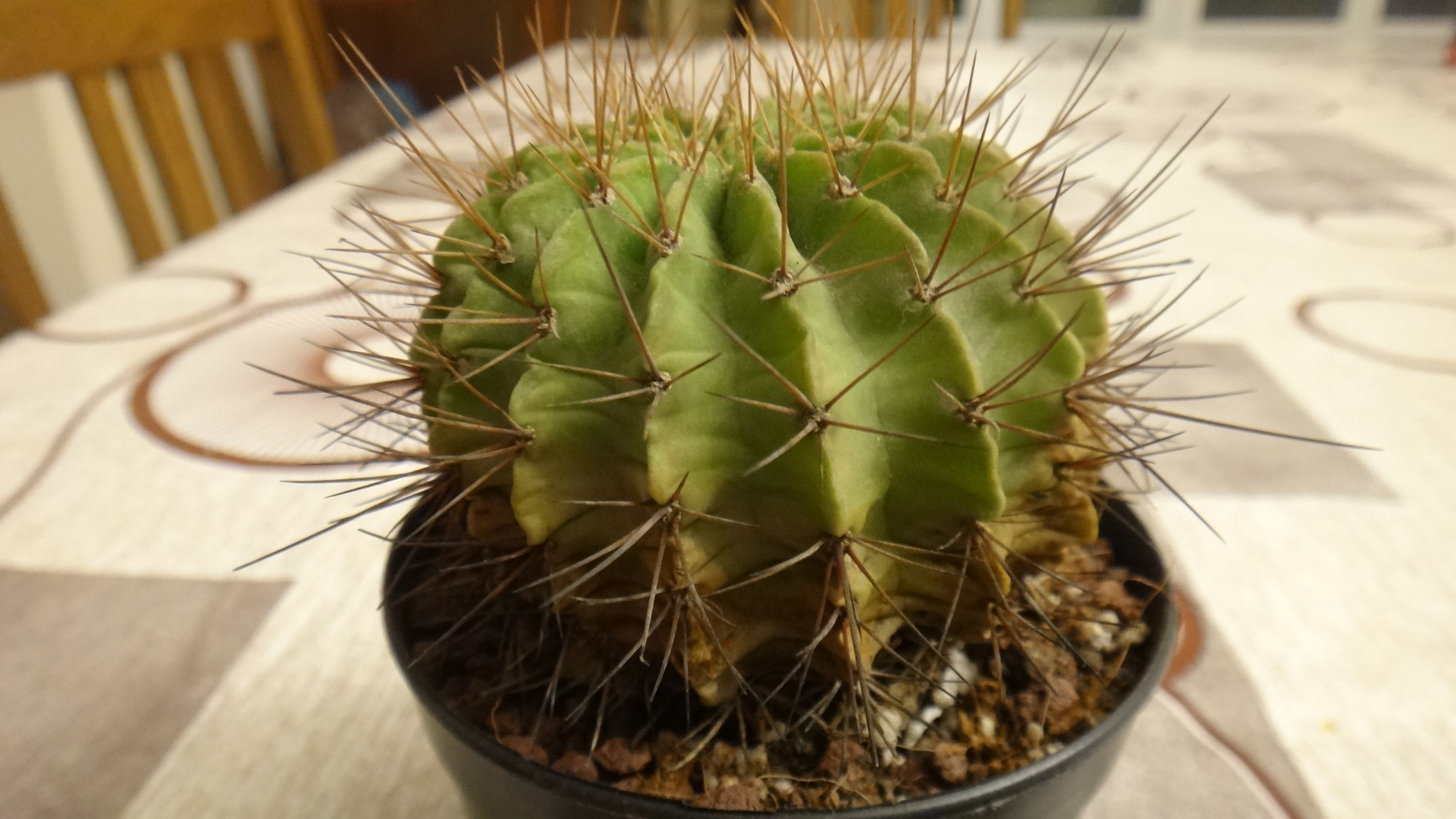 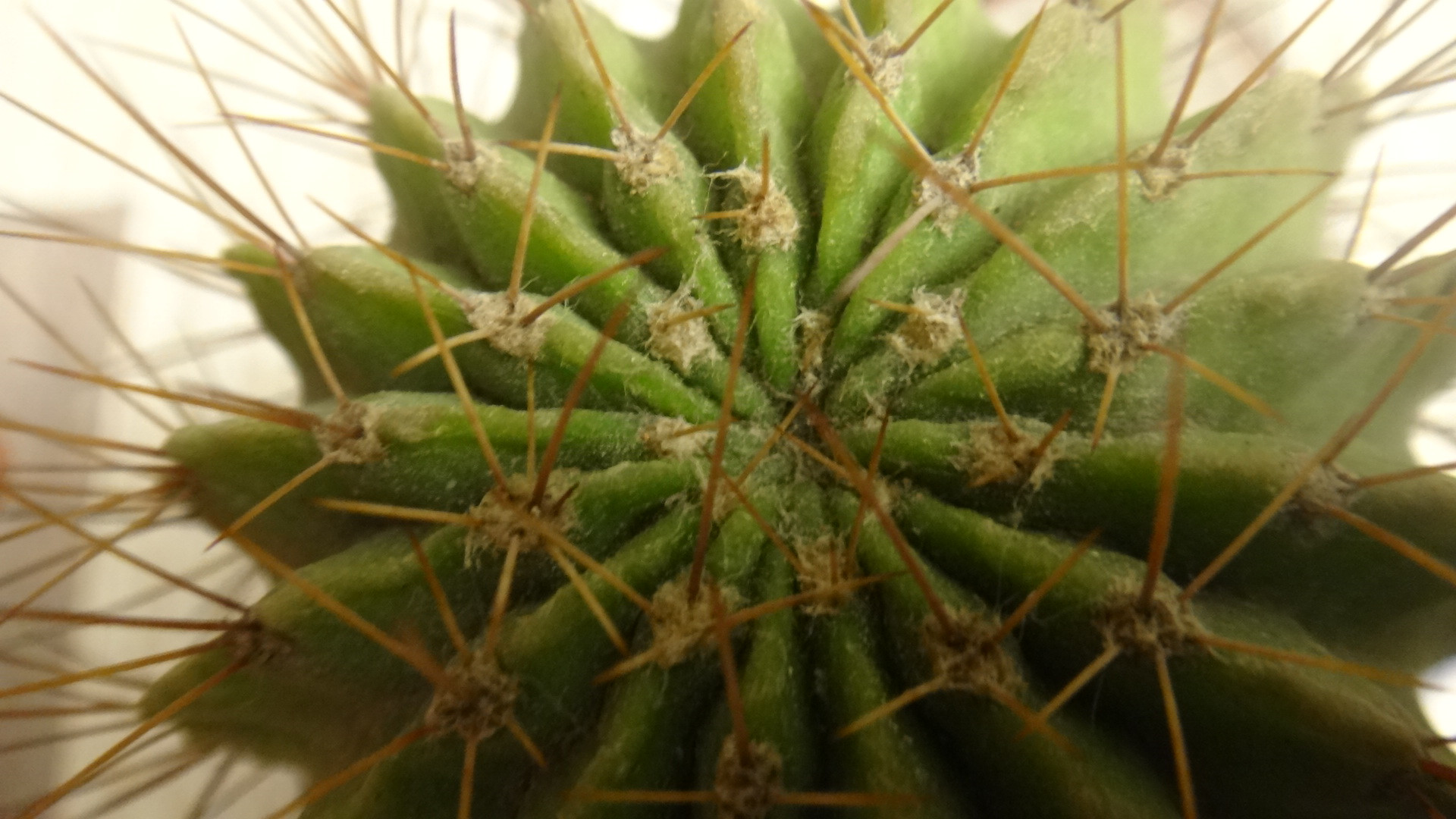 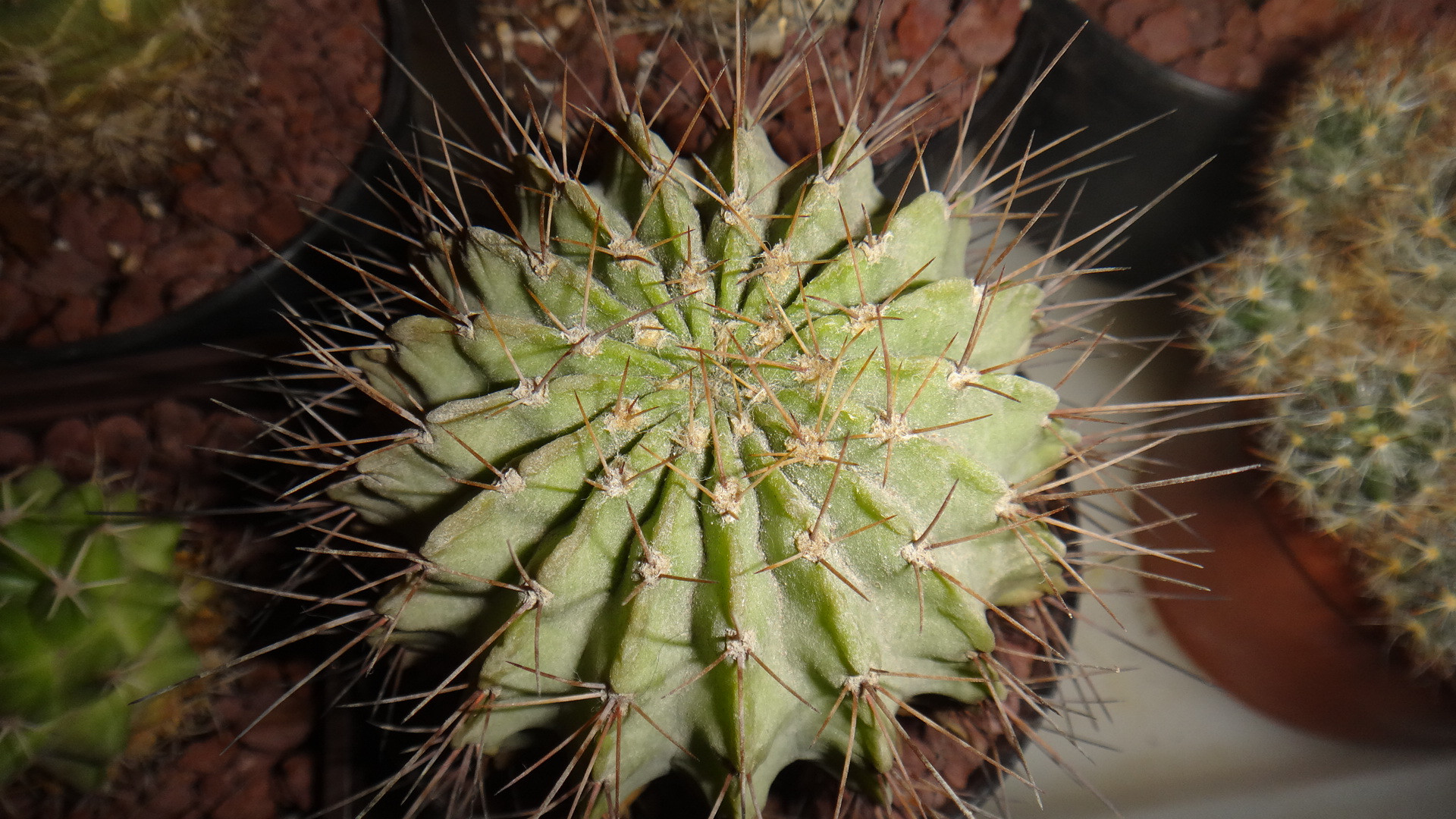 I am thinking of Echinopsis (in the broad sense of the term, e.g. including Lobivias (Lobiviae?)) but because of the quantity of the species in the genus and the variability of plants I am having a hard time. Hope I'll get some good guesses here.

Looks like Echinopsis rhodotricha, except the spines on yours are somewhat darker in colour in places, though this may be a trick of the light.

I'll guess that it's a Echinopsis hertrichiana (formerly Lobivia hertrichiana). It's hard to tell, though, because this is an extremely variable species, and some have fewer ribs, or more ribs, or deeper ribs, or more shallow ribs than your plant. Sometimes the ribs are more rounded, sometimes more pointy. Yours also looks unnaturally pale, but that might be the fault of the camera.

A lot of this variation depends on cultural conditions. The conditions that promote faster growth also promote the growth of fewer, more rounded ribs of a darker color, and greater distance between areolas. Plants with conditions that do not promote fast growth are not so intensely green, and are generally tougher and more spiny. And old plants have more ribs that young ones, even if the young one's bigger.

But the spines look very very close. It would help if it flowered, but it (obviously) hasn't. Here's a pic (of a far younger specimen) for some comparison: 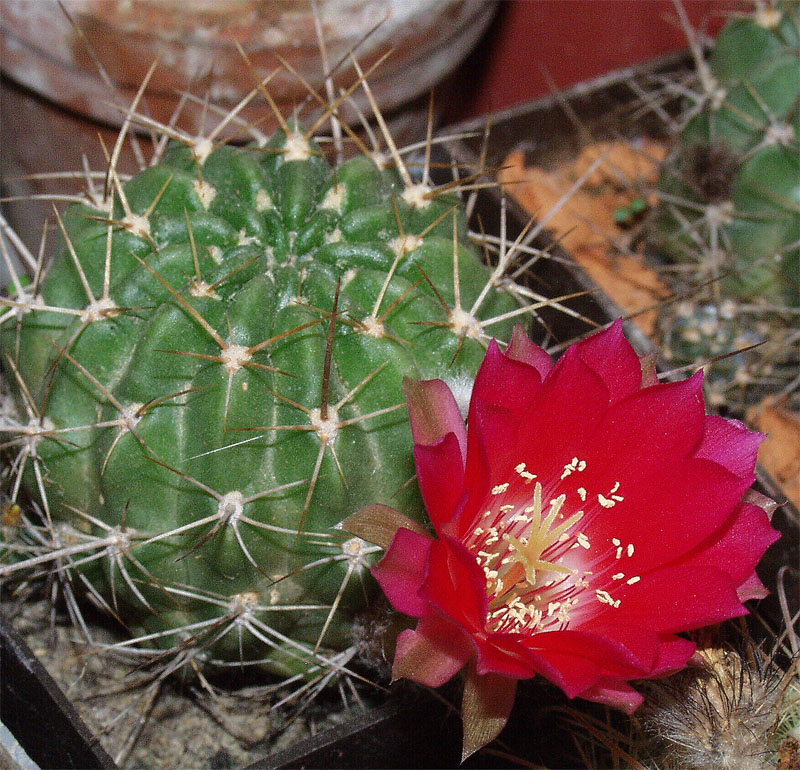 The cactus finally flowered. It is obviously Acanthocalycium spiniflorum (f. violaceum, if you will) 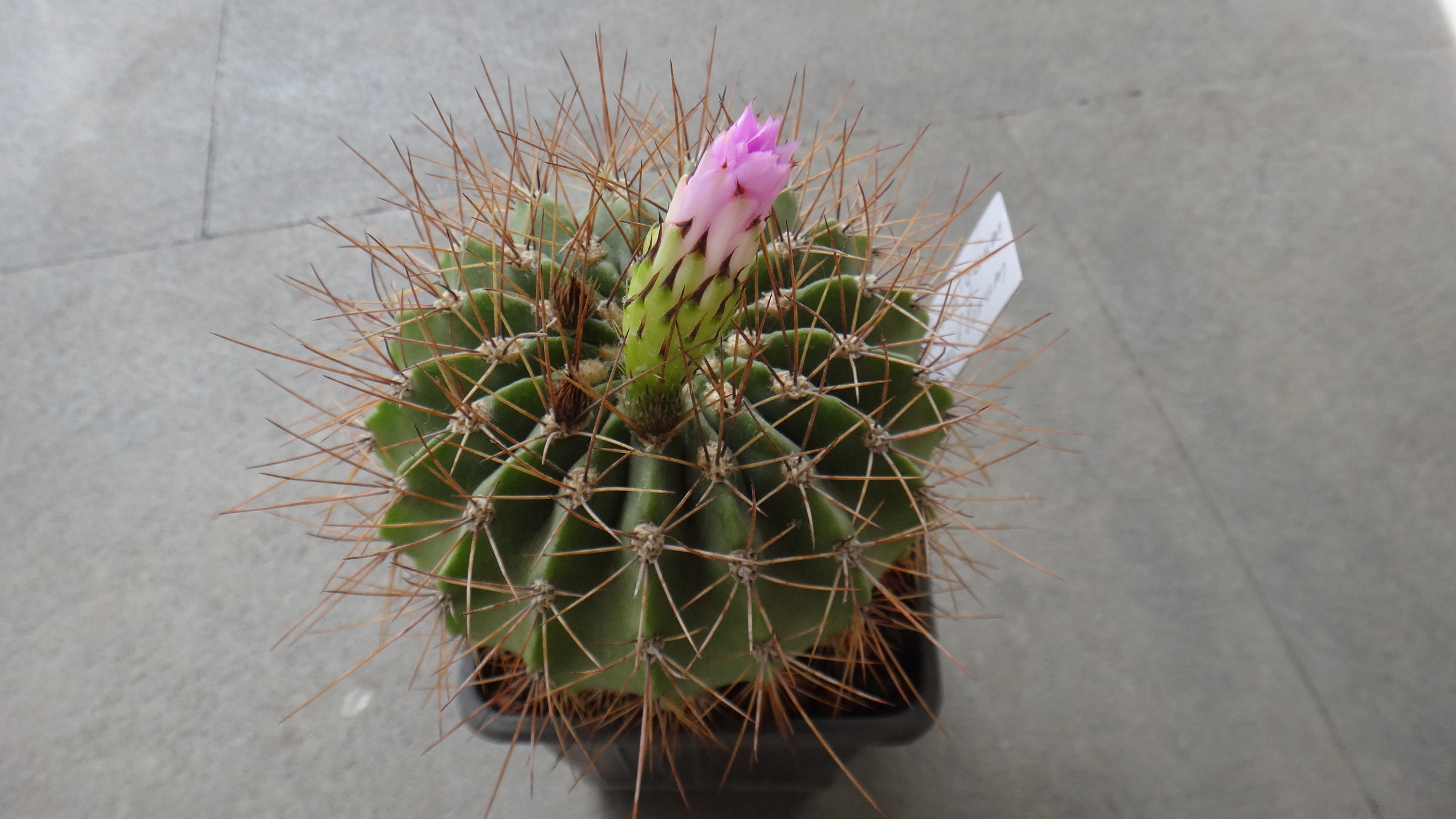 Not the answer you're looking for? Browse other questions tagged identification cactus succulents or ask your own question.

5
What is this plant with highly variable 3-5 lobed palmate, smooth edged leaves?