Why is my apple seedling shriveling up after like 15 min, every time I remove the plastic dome?

Around 7-9 weeks ago (maybe more) I planted a sprouted apple seed in a cup of potting soil that I placed on top of a low heat pad, and covered it with a plastic bag. I also have a full spectrum fluorescent on it, and both are on a timer for 12 hours per day.

It grew fast and well so a while ago I decided to remove the bag to slowly get it used to the room, which has a temperature of 72 degrees with 45 percent humidity. Shortly after I removed the bag the leaves shriveled up and died. I quickly re-covered it and the next day I saw that it had continued to grow. Being scared it would die off, I left it covered and it grew bigger. It's now 7 inches tall and has 8 big leaves. Yesterday, thinking it must be a lot stronger now, I again removed the plastic bag, but, sadly, in an hour (maybe less) the leaves shriveled up again. Not wanting it to die again, I quickly covered it and added a little water, and my fast action saved most of the plant.

I want to know what I am doing wrong here. Why is it shriveling up under the light? Is the light too strong for the seedling to be exposed under it? Do I have to add fertilizer? Is it going into shock? Do I simply have to wait until it’s bigger?

I will add pictures later today. Thanks for all your help :)

This one is from the Apple seedling I have this uncovered for 10 min when I started to see the newest leaves start to curl: 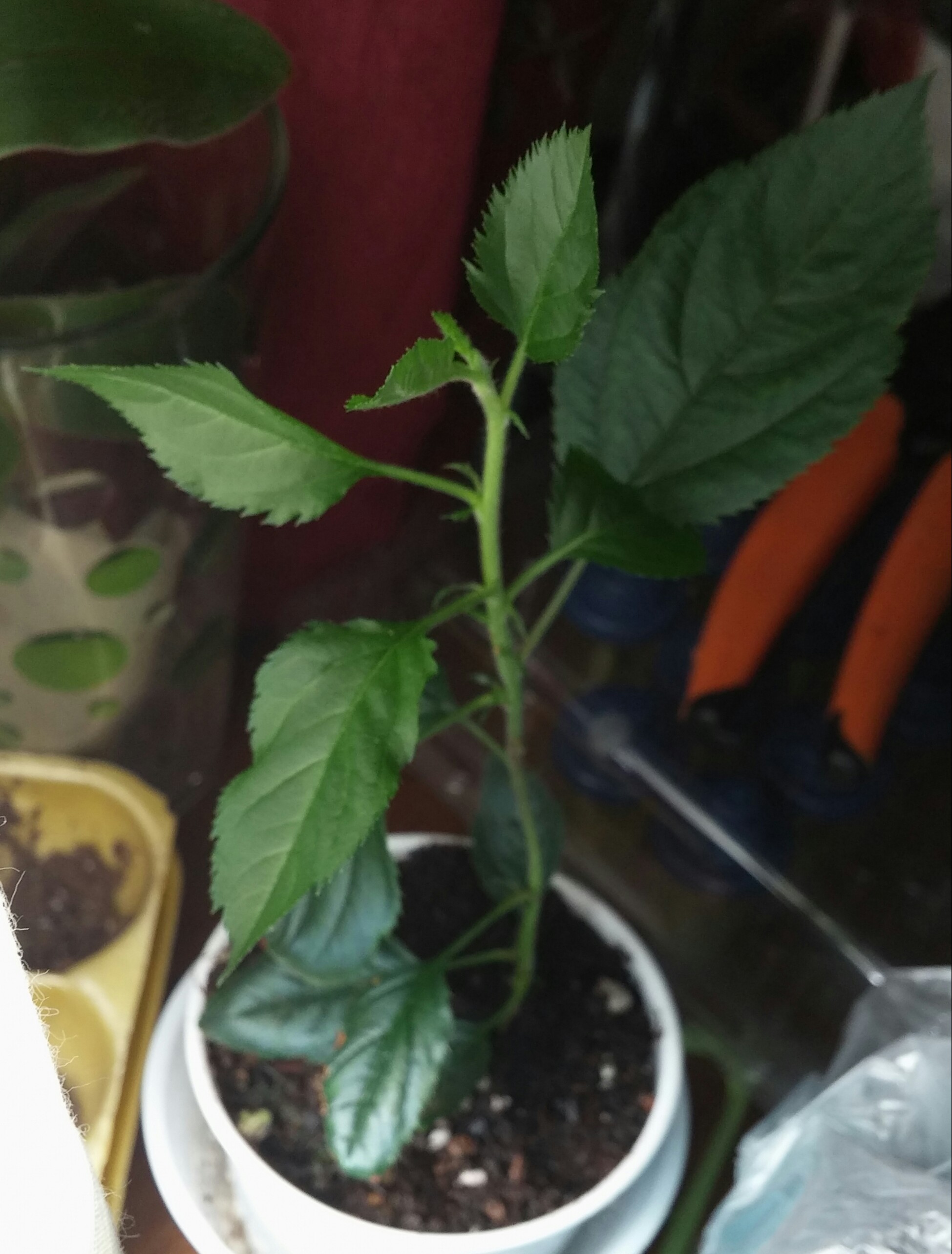 This one is a pear seedling: 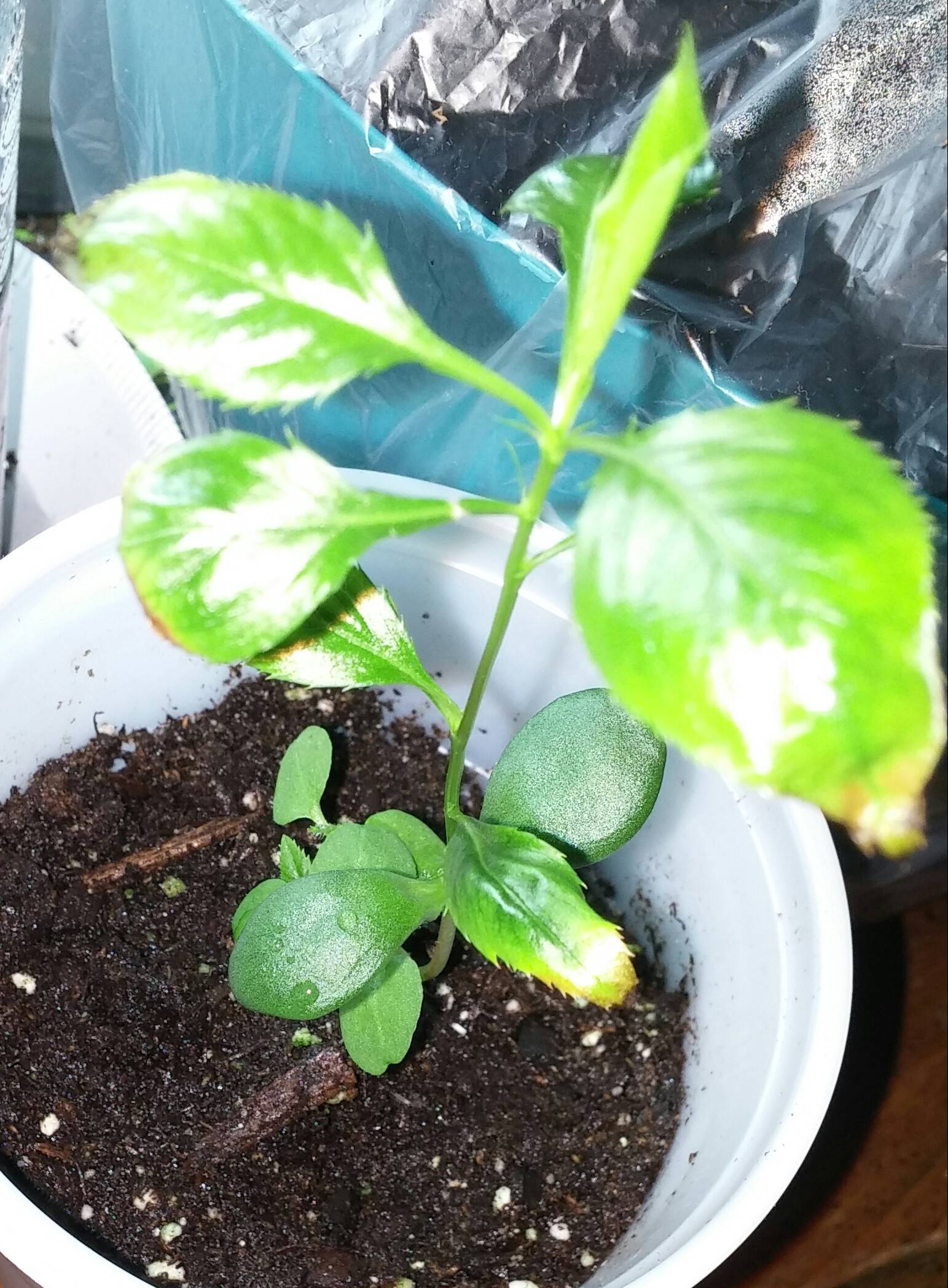 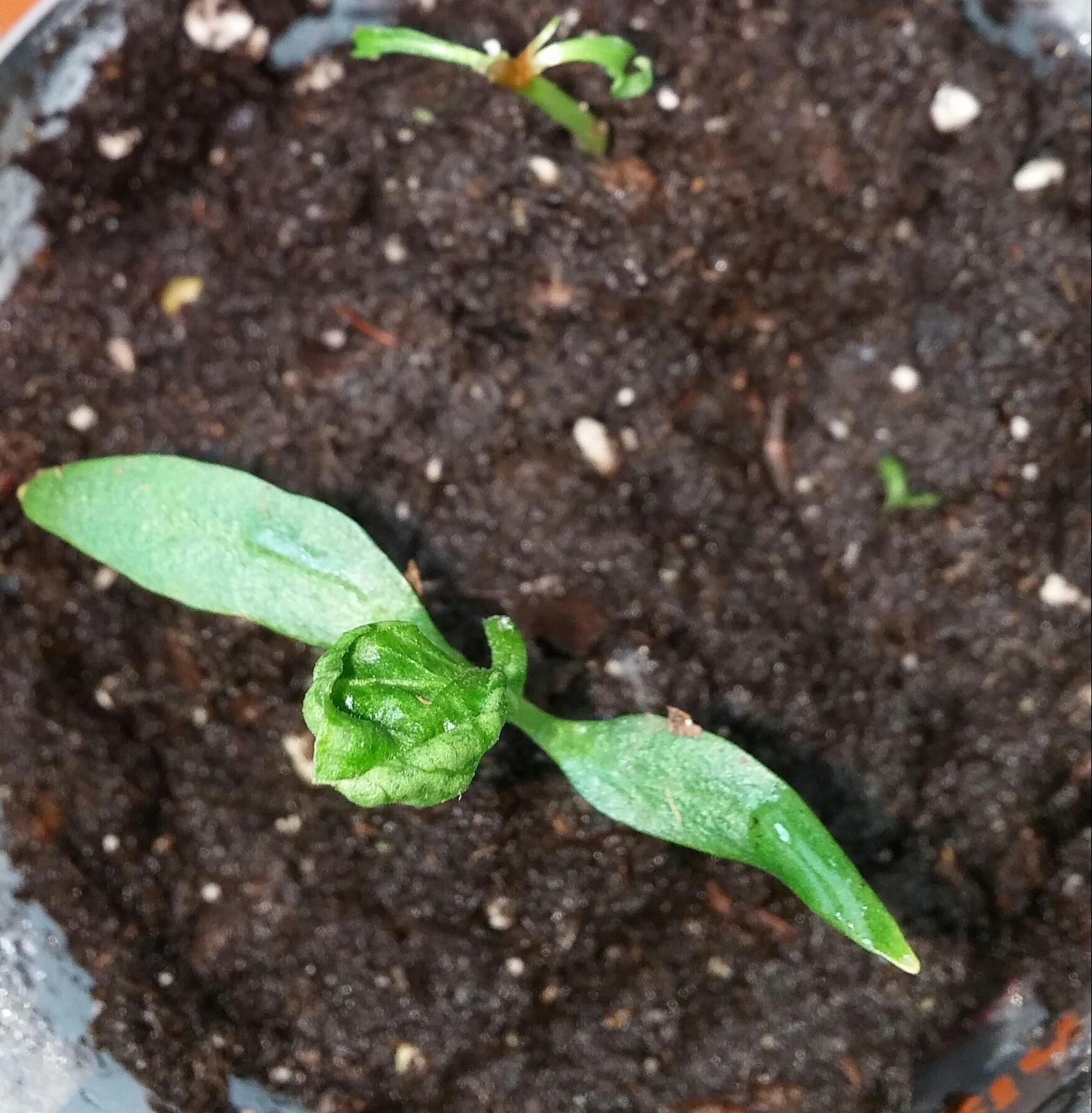 Last but not least is a mango and as you can see I left it out a tad to long and some leafs started to curl: 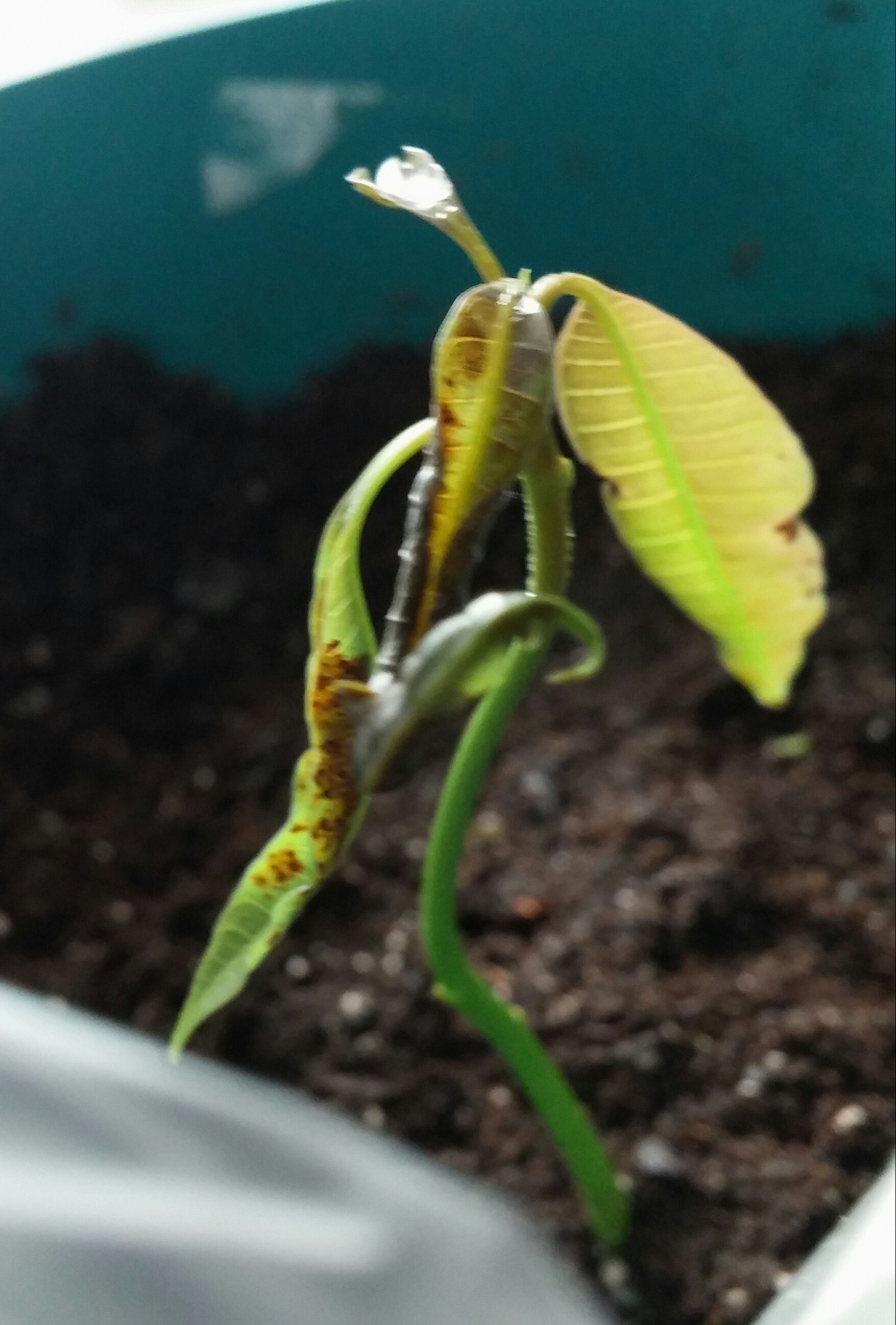 It's likely to do with the lighting, or the heat from the mat, or both - the last seedling looks as if its been burnt a bit. I don't know what part of the world you're in, but it seems like its time to remove the apple seedling from that light and place it near a bright daylight source, like a windowsill, gradually uncovered, until you can harden it off to plant out. The first step is probably to remove the heat mat, keeping the plant covered. Then, a day or so later, remove the cover and see what happens under the light - if it starts to wilt, replace the cover and then, in a day or so, move to a windowsill away from that fluorescent light, initially covered, and remove the cover gradually over a few days.

I'm assuming you want to plant the apple outside, unless its just a curiosity hobby plant to keep indoors for a while - they don't come true from seeds, and you may well end up with a thorny tree that doesn't produce any fruit, or produces unpalatable fruits.

Try removing the bag a little at a time over the period of several days so the seedling can acclimate to the unprotected environment. It's going to be just like hardening off any plant.

Plants can suffer leaf burns when transiting from very moist environment to drier air, just like how leaves will burn when switching plant from shade to full sun. At least that is what will happen to old leaves that started out in the previous environment, however new leaves emerging in drier air or full sun will usually have no problem with such dryness or light. It also depends on the type of plant, for example passion fruit vines that grows under forest canopies will always be stunted by sunlight that is too intense.

To prevent leaf burns or reduce stunted growth, slowly acclimate the plant to the new environment through gradual exposure.

6
Basil & Catnip Fail to Germinate
6
What would make my apple seedling wilt and looks like it's dying?
3
Is it worth treating non-germinating seeds, or should I just toss them? Watering new seeds?
3
Oak Tree Seeding
0
What's the shortest wait time for spreading pre-emergent AFTER putting down new lawn seed (patching)?
3
What is causing large white spots on my sweet basil seedling's leaves, and can the plant be saved?