How can I find sprinkler valves buried in my yard?

I had a lightning storm hit my house and my sprinkler system stopped working. I replaced the Irritrol KD9 controller. The controller powers on and I have ~25 AC V on the line according to my multimeter (touching com/vc and zone 1). None of the zones will come on. I suspect the solenoids were destroyed too but I do not know where my sprinkler system valves are. How can I locate the sprinkler valves installed in my yard?

Walking around my yard so far I found: 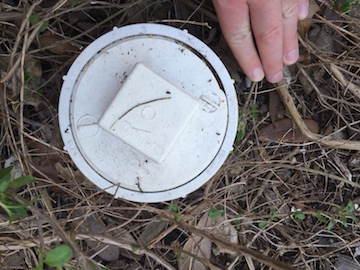 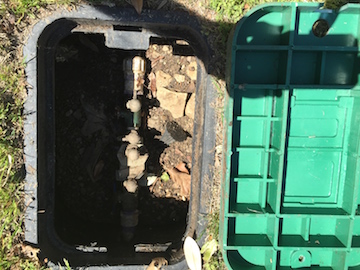 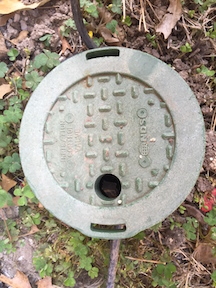 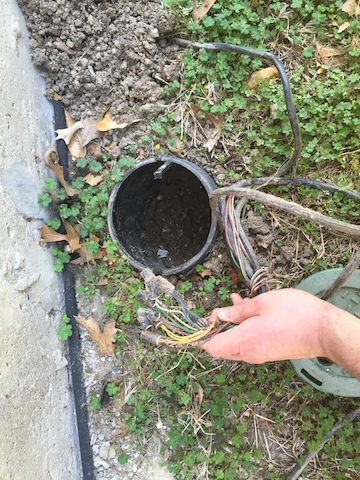 The solenoid is the black plastic piece on top of the zone valve that turns the valve on or off when the controller tells it to.

It's common for all the valves to be in a single valve box somewhere near the controller.

In some installations valves may be dispersed throughout the property and I believe that's the case based on your photos.

The round valve box on the bottom appears to be used as a junction box for the control wires. Eight wire nuts indicate you have 4 zones and should therefor have 4 zone valves with solenoids.

It looks like there are 3 cables. (maybe 2, the picture is cut off) One comes from the controller and the other two (or 1) should split off to valve boxes.

The second photo of the rectangular box appears to have a single valve in it. There's too much contrast in the photo to really be certain. If you can take a picture with the contents of the box more evenly illuminated it would help. I think I see a valve body but not sure I see a solenoid and not sure what those tan components might be. I can't make out any wires either.

Best bet is from the round box on the bottom of your post, dig out the cables a little to try to determine which direction they may be going. Follow that path and you should hopefully find the other valve boxes. They may be round or rectangular.

Keep in mind that just because you have an irritrol controller does not necessarily mean you have irritrol valves.

If you don't know what you are looking for this is a pretty tough job :). The circular valve cover boxes were covered by dirt in all 4 locations. I went around the entire yard with a weed puller until I hit the hard plastic.

The key is find a box that has wires in it. 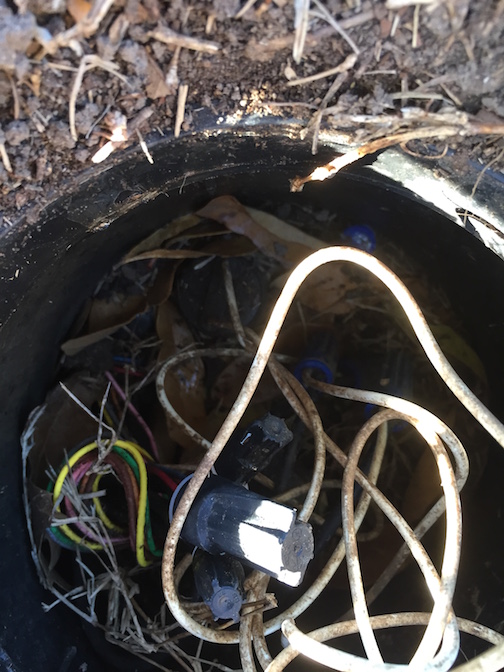 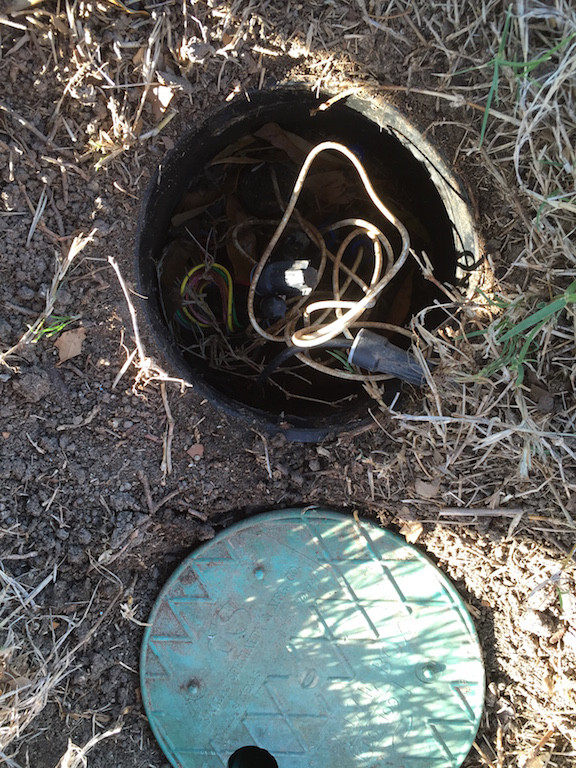 Once removed from the valve unit, a solenoid looks like 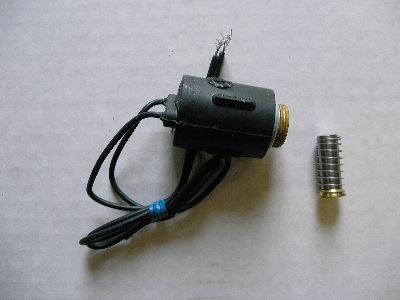 I read that professionals use a special tool that can read electrical current and they use it to follow the wires underground.

18
How do I prevent critters from chewing my sprinkler system?
23
How do I go about planning the layout of a sprinkler network for my lawn?
7
How do I landscape a sloping and flood-susceptible yard?
6
How do I figure out where the dead-end is in a sprinkler system?
11
Sprinkler/irrigation system for new yard: DIY or hire a professional?
5
How can I attach three oscillating sprinklers to one hose?
5
How can I check quality of sprinkler blowouts?
5
How to conceal anti-siphon irrigation valves?
4
What needs to be considered when rerouting irrigation lines?
5
Automatic Sprinkler: Calculating how much and how often - based on weather and other parameters