What is the name of this plant with arrow shaped leaves and how should I plant and care for it?

I have been given this plant. It is in water and has rooted: 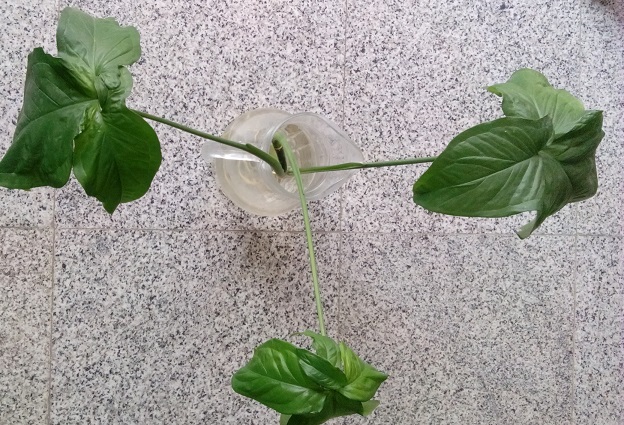 What's is its name? How should I plant and care for it?

This is the arrowhead plant, The Syngonium podophyllum also mis identified as Nephthytis. A member of the aroid family with a range from the southern United States to South America it is also popular as a house plant. It is also considered to be an exotic invasive plant in Florida.

It tends to sprawl and can root from roots which can grow at every leaf node. When grown indoors it prefers bright filtered sun and soil which is kept moister but with good drainage.

It responds well to pruning. If it gets leggy just cut it back to a leaf node.

Pests which can attack it include:

Several sites refer to all parts of the plant containing oxalic acid and being mildly to severely poisonous if eaten or having skin exposure to crushed stems but I have never had any problems touching it.

I'm not clear whether you'll be growing this outside (if you live somewhere the temperatures are adequate) or as a houseplant - it's certainly considered a houseplant in the UK. Note that Syngonium is toxic to animals if ingested, in particular, cats and dogs, as well as the warning given in the previous answer regarding possible contact toxicity.

Not the answer you're looking for? Browse other questions tagged identification houseplants plant-care container-gardening or ask your own question.