Am I over watering flowering plants

How can I tell if I am over watering flowering plants? One of the flower plants I have looks either over watered or sick. 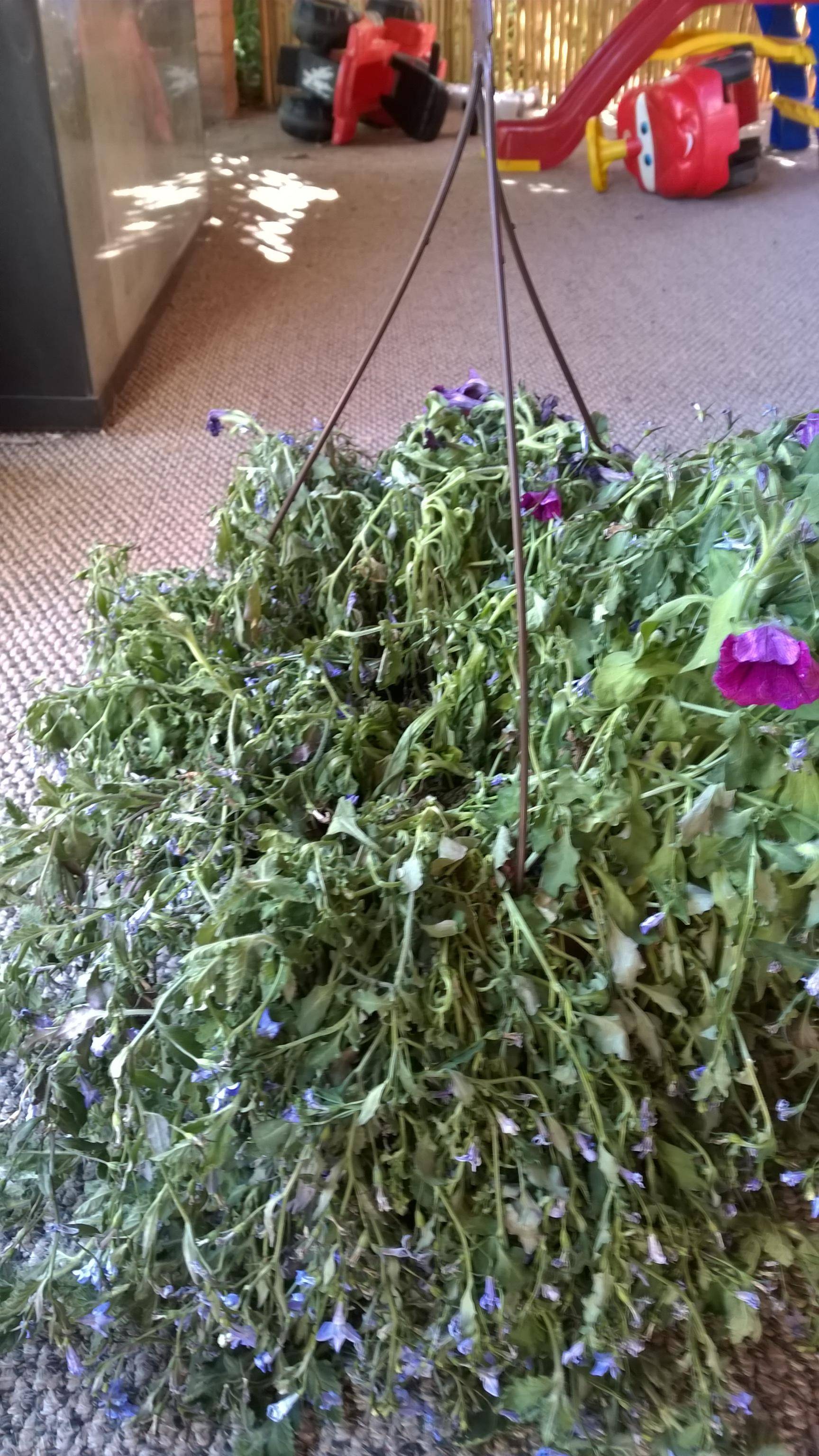 I will add I have small children so I am not sure if this is also an unknown small person problem too.

So the plant was not over-watered but under-watered.

Due to a poor assumption on my part a water mister near by had been hitting the plants with moisture in the mornings and so many branches, stems and leaves looked soggy and wet from the top but checking the soil and the drip holes on the bottom of the plant I found the soil to be bone dry and had not been watered at all, probably due to having so many of the flower pot plants hanging that I missed it once or twice during a watering session.

The heat we have gotten here in Phoenix, a couple days of 90 degrees here in March, did not help also. And yes if you are in a part of the country digging out from cold and snow still, you can send the angry fan mail to my special round file cabinet called the G folder. :)

Not the answer you're looking for? Browse other questions tagged flowering or ask your own question.

7
Why won't my artichoke plants produce buds?
4
How can I save seeds from a large, fast-growing arugula plant?
5
How do I know when to harvest my artichokes?
7
How to get a Kalanchoe to flower in bunch
3
What are typical and perennial garden green and flowering plants?
4
Is this a Jacaranda or a Silk Tree or something else?
2
Apple tree only flowering on one side
1
Flowering plant identification and why might flowers not open?
0
Squash/zucchini plants flowering way too soon