How to replant bamboo/water based plants

I have had a bamboo for several years in this tiny glass pot. It has grown very much, but its time to move her to a bigger home. But how? the pot she was brought home in was large at the bottom and narrow at the top. How do I remove her without ripping her roots to shreds? I would prefer not to break the glass.

Also, what else should I be aware of when transferring a water based plant. This is unfamiliar territory. How should general care differ from soil based plants?

This picture should illustrate the trouble I am having removing the bamboo from its original pot. 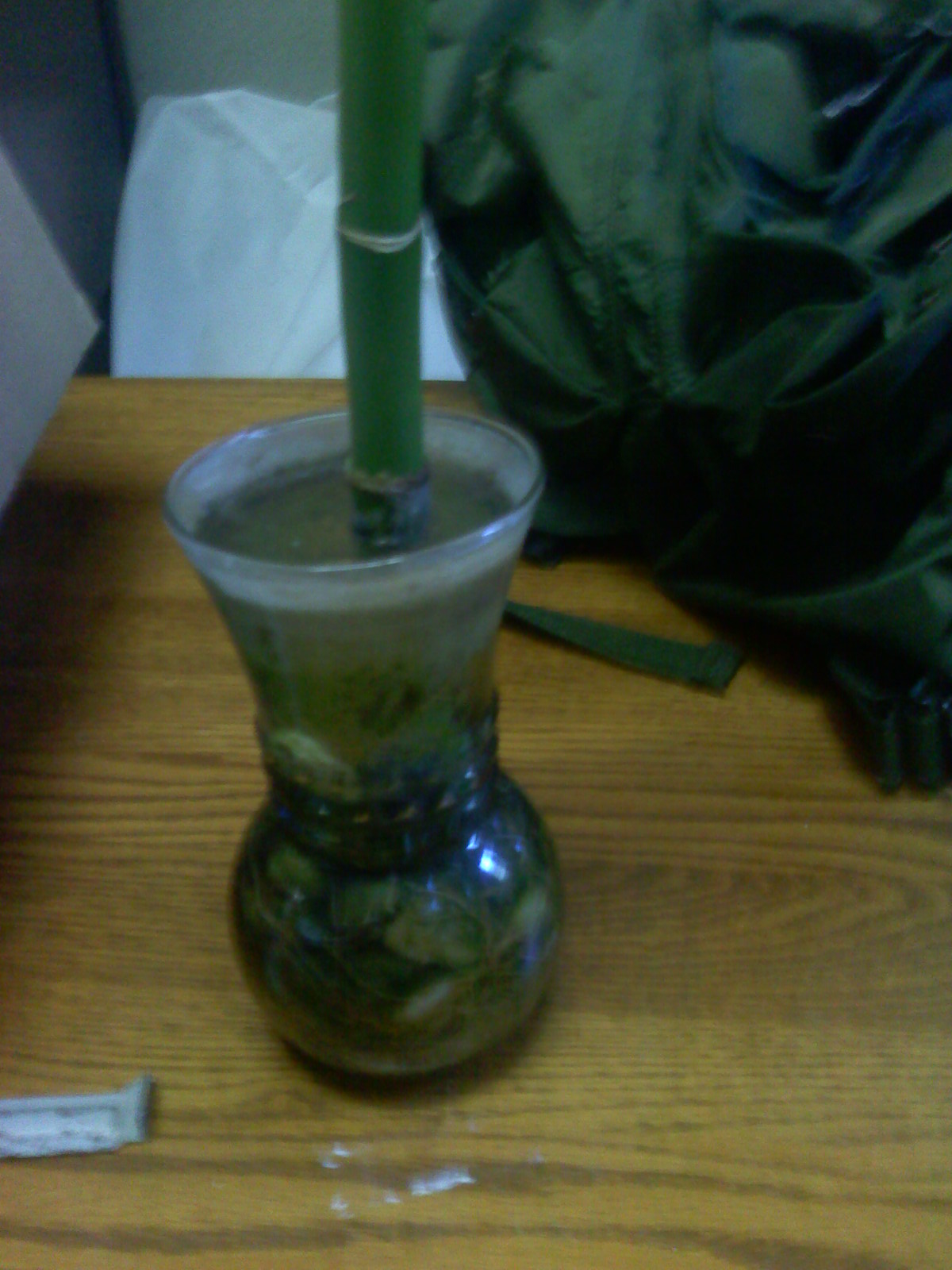 First, you must be doing pretty much everything right if you have been growing this plant for "several years" :)

Second, I'm guessing that what you have is "Lucky Bamboo", if I have that correct, try the following:

To remove the plant from its current pot, I would get something like the narrowest, thinnest and most flexible decorators/painters/cake-makers knife I could, then:

Assuming the above has gone well, you should be ready to transplant your plant to its new (bigger) home.

Not the answer you're looking for? Browse other questions tagged indoors containers lucky-bamboo or ask your own question.

19
Why has our lucky bamboo turned yellow?
17
How do I grow bamboo plants indoors?

17
How do I grow bamboo plants indoors?
5
Should I use tap water for my Aloe and Lucky Bamboo?
4
How much water does lucky bamboo need?
2
Is it good practice to replace water in Lucky Bamboo everyday?
4
Removing blooms from these unidentified Bromeliads?
3
Indoor lucky bamboo
1
Lucky Bamboo and Water
3
Ficus benjamina care and reviving