What is wrong with my ponytail palm?

I have a ponytail palm on my office desk, which I love. 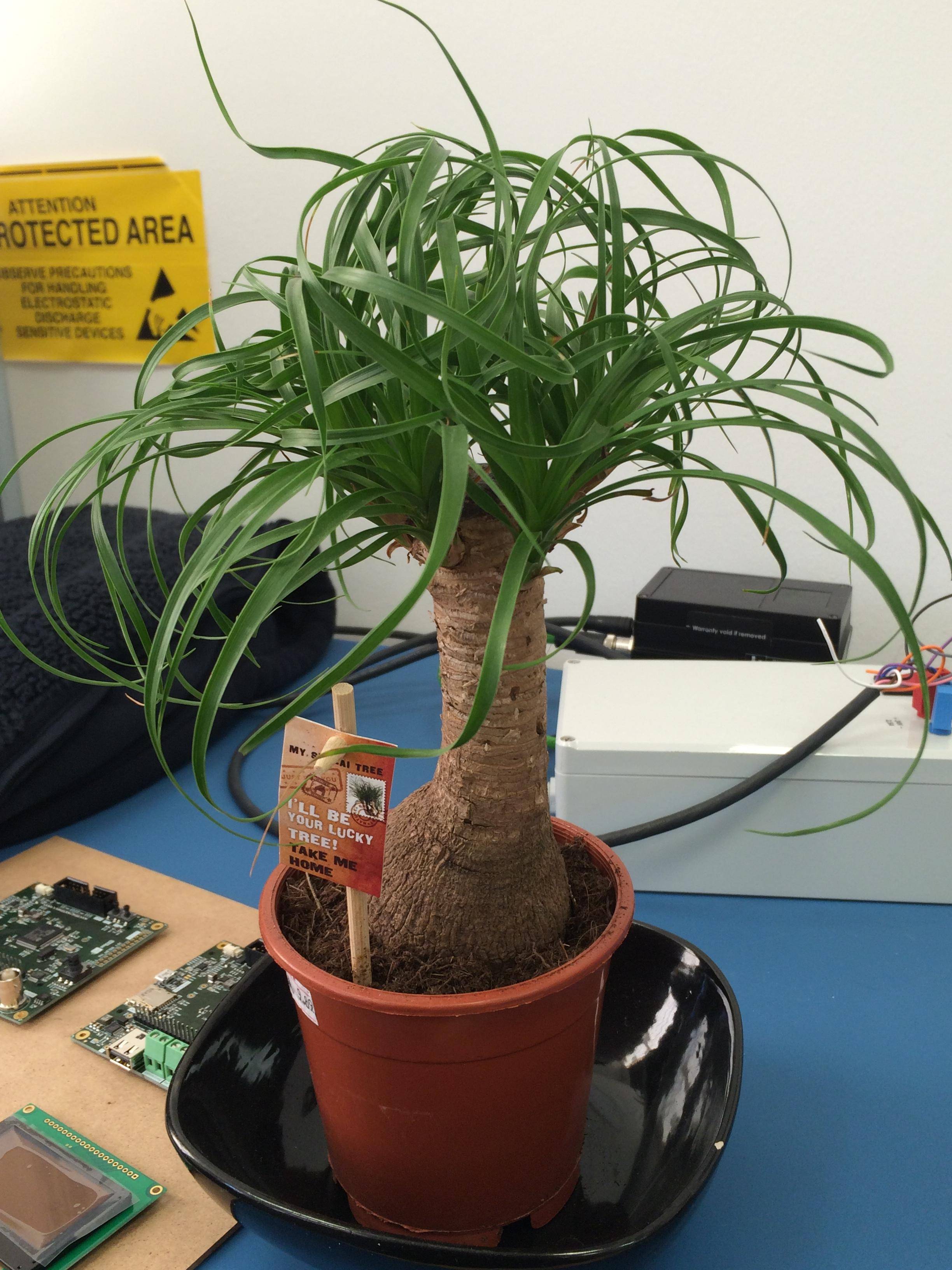 I've noticed the leaves are brown at the tip and quite tightly bunched together. They don’t sit as beautifully as in the pictures of other ponytail palms I find on the internet.

I am careful not to water too much (about once every 2 weeks seems to be the general advice). My office, unfortunately, does not get a lot of natural light and I am worried that perhaps the plant is dying due to the low light conditions.

This post suggests that the problem could be due to low humidity.

In short, can anyone tell me definitively if my plant is healthy? Should I buy a grow lamp? What can I do about low humidity?

I rather like the look of your particular plant, its a sort of curly ponytail, more attractive to me than its usual appearance. Your plant doesn't look at all like its dying either - however, brown tips indicate either over or under watering - if the tips are dry and crispy, it could be underwatering, but this plant can go a long time without water without dying, and shouldn't be watered too much in winter, so a few brown tips are probably preferable to overwatering; trim them off with sharp scissors. It's not fussy about humidity either, preferring average to low humidity - conditions which red spider mite also likes, so keep a check on it regularly to make sure there's no infestation, although brown tips wouldn't be a symptom of that.

It does, though, prefer bright light, although this doesn't have to be constant. You could, in theory, grow it for six months in low light, then move it to a bright spot for 6 months, or outside during summer. Is there any possibility you could move it every Friday to a bright spot, say on a windowsill, until you return on Monday? That might work, provided there is no radiator below the window.

I'm curious as to what the piece of kit is nearby with a yellow warning sign above it about electro static discharge - your plant is pretty close to whatever it is. I'm not saying its having an effect on the plant's curliness, but it's not impossible.

I know I’m way late adding my two cents. However, this plant is looking good and the leaves are supposed to curl like that. This is the Elephant Foot palm / Beaucarnea recurvata with soft edge leaves unlike the Ponytail Palm which has more straight curved sworded edge leaves. Follow the above suggestion to place in a well lit window away from a heater for overnights to get morning Sun before you arrive to work or (aforementioned) allow it to hang out by the window for the weekends. Allow the plant to completely dry out between watering and less watering during winter months (like six weeks to two months). The trunk holds water. Also, make sure to drain any leftover water before placing it back onto/into catch tray or pot. Ignore it and enjoy its beauty and it will grow into a giant someday! ;)

7
What is this plant with thin leaves and a swollen woody stem?