How to check if a tropical tree has survived a subtropic winter?

I am currently living in the California Bay Area, a subtropic region. I grow quite a few tropical trees in my backyard. This winter has been the first subtropic winter that these trees have ever experienced. Typically, the nights here were 40-50 fahrenheit and days were 70 fahrenheit. There was only one night that dropped to 39 fahrenheit. I've only been watering my trees sparingly once a week because I heard trees don't need much water in the winter. None of my tropical trees appear healthy now, so I would like to assess whether they have survived the cold weather or not. Are they dead or not?

This is my Wax Apple. In the summer, it branched vigorously and had tons of huge leaves, bigger than the size of a human hand. It has dropped nearly every leaf. Also, the small outer branches have blackened. The inner bigger trunk is still tan colored. (I strung up a lot of the branches because during one storm the winds bent the branches straight down). 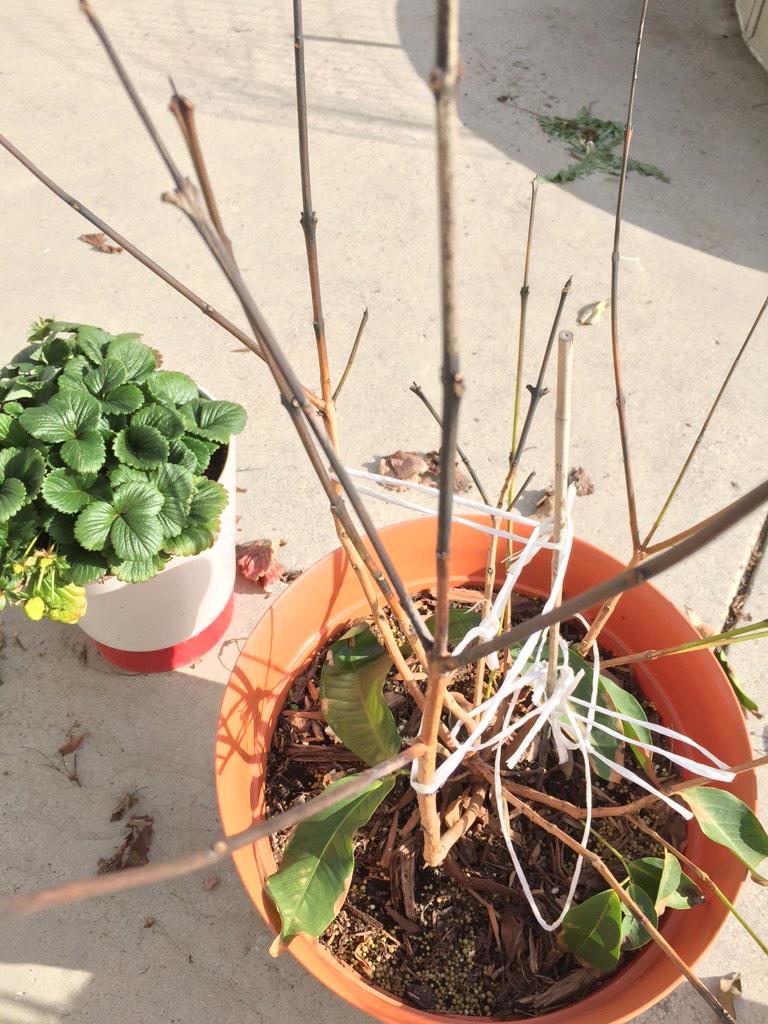 This is my Century Guava. It hasn't lost many leaves. However, they've become a pale yellow-green color and then eventually purple. Its branches appear unchanged - they have a flaky skin as most tropical guava have. (I know mulch isn't supposed to touch the trunk. During the dry times, I keep the mulch as close to, but not touching, the trunk). 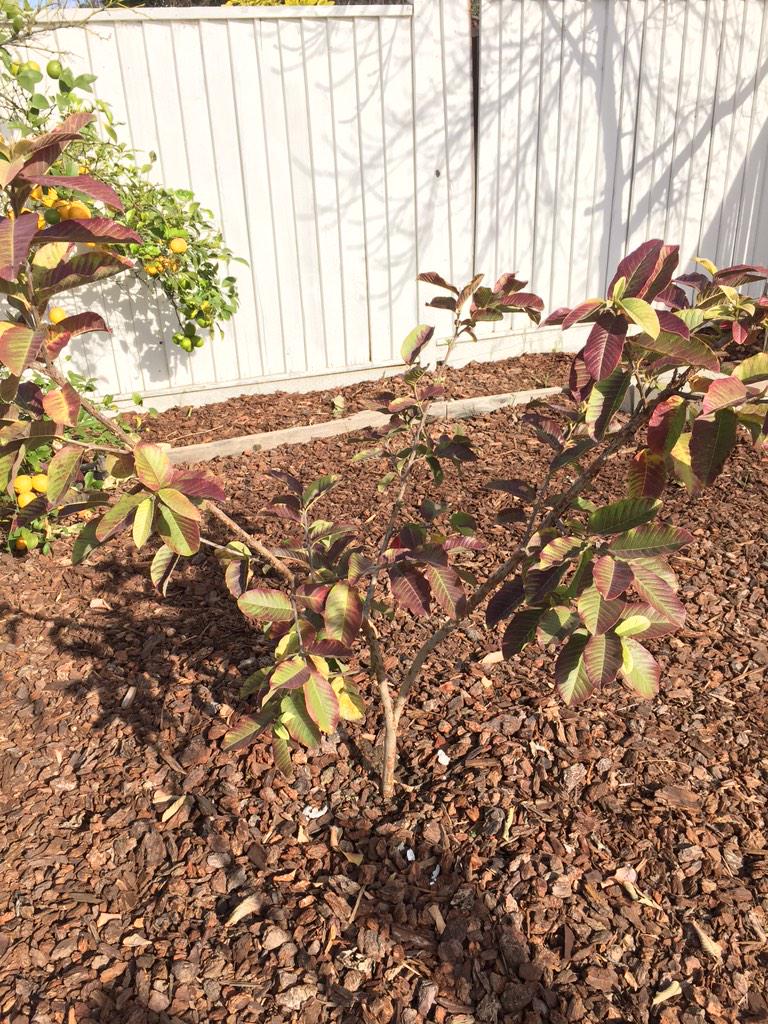 The wax apple is presumed dead. All leaves were lost during the winter. All my other tropical trees have came back from hibernation except the wax apple. I cut into its trunk to test for any green color. Nope. It was dried to the bone. Farewell, my good friend. I will need to start from ground zero again...

Neither of the two plants pictured appears dead - there may be some killing back of top branches or woody parts in the first due to cold weather, but there are still green leaves present at the base, so the plant is not dead. The second one still looks very much alive, despite the leaf colour change - many plants have leaves which redden when the weather is cold, or at least, cold for them. A dead plant will have no living leaves, and the woody parts may change colour, but often, plants that look like this are not actually dead, and as the growing season advances, start producing growth.

Not the answer you're looking for? Browse other questions tagged leaves overwintering tropical or ask your own question.

5
Why are the lower leaves of my tropical Guava yellowing and dropping?
4
How can I protect small fruit plants that were planted in the fall to survive the winter?
5
How to care for columbines before winter (Zone 5-6)?
3
How to prepare herbs for winter?
5
Growing temperate and some tropical plants in an indoor 'winter garden' in Ireland
2
How to handle potted Japanese Maples for fall and winter
3
Planted a cherry seed this summer, how do I protect the baby tree this winter?