What causes black spots on my apples?

I've got an apple tree in the garden which has produced a good crop, but most of the apples are covered in black spots: 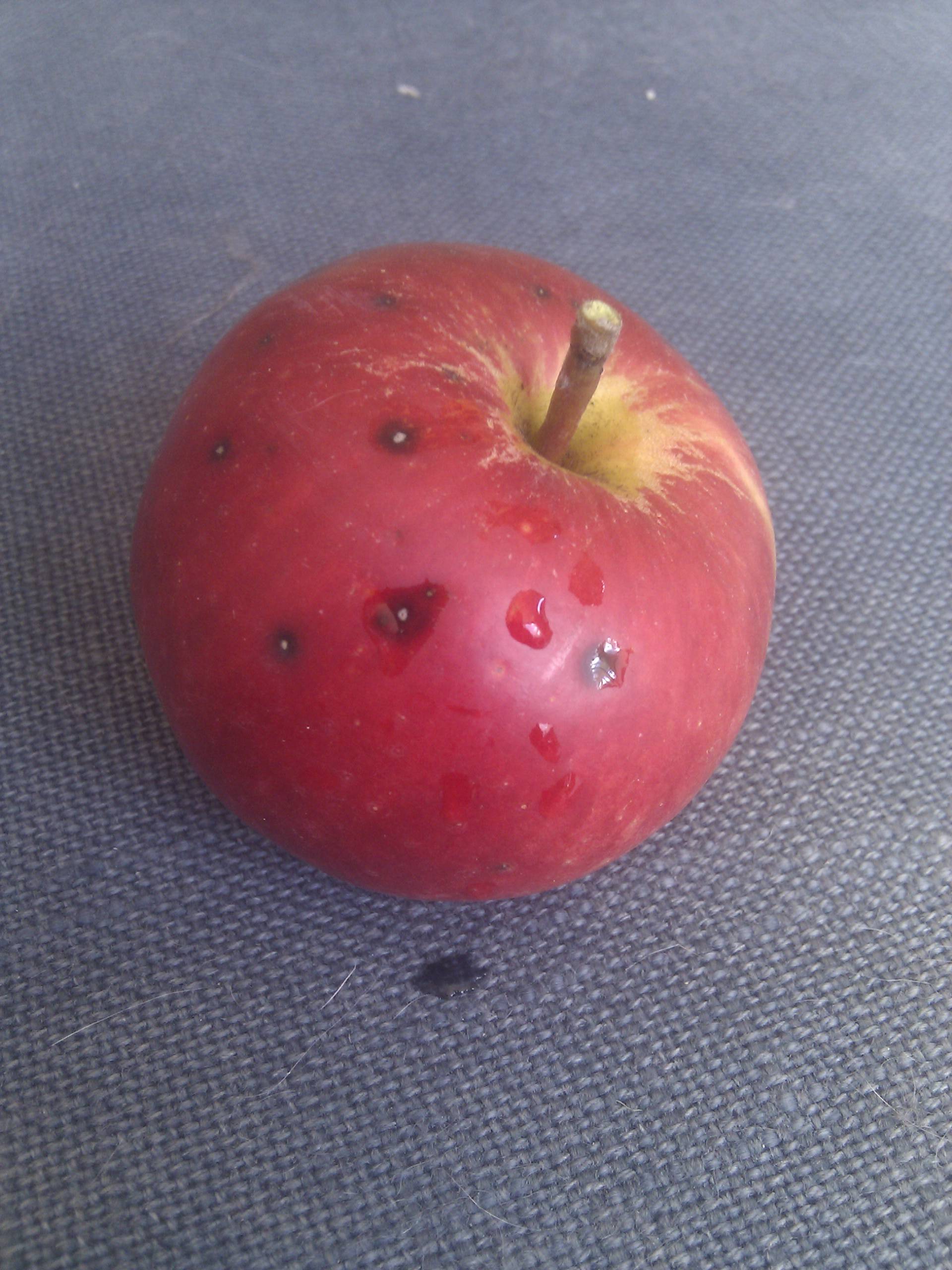 What is this? It seems to be some sort of fungus, but what's the best way to treat / prevent this and are these apples now inedible?

This is not a disease, but a disorder called Bitter Pit (see photo here) which, like blossom end rot in cucurbits (pumpkins, zucchini etc), is caused by a calcium deficiency:

Bitter pit is caused by low levels of calcium in the fruit and poor distribution of calcium within the tree during fruit development. However, it is rarely due to a deficiency of calcium in the soil and can even occur in trees growing on chalk.

Bitter pit is more usually connected with an irregular supply of water, which prevents calcium being taken up and circulated around the tree. Problems are generally worse in seasons when there are wide fluctuations in rainfall and temperature and a shortage of water to trees at critical times during fruit development.

It is also worth noting that excessive use of nitrogen, potassium and magnesium fertilisers can cause or exacerbate the problem.

If the pits are only skin-deep:

You should be able to control the disorder by:

Not the answer you're looking for? Browse other questions tagged diagnosis fruit-trees apples or ask your own question.

11
What could be causing rot to appear on the skin of my bell peppers?
3
What are those black spots on my apples?