What is the name of this tree found in Switzerland?

What is the name of this tree? They are quite common in Switzerland. 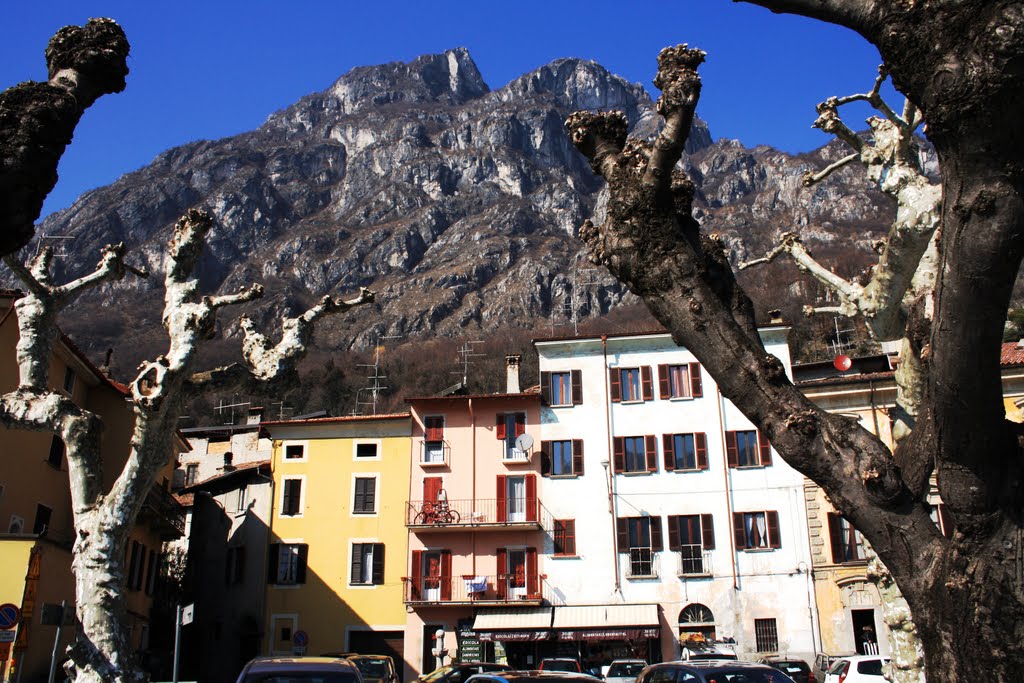 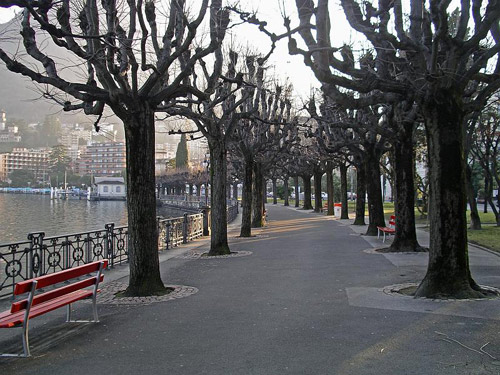 The second picture refers to Lugano. Here a couple of pictures in summer (with leaves): 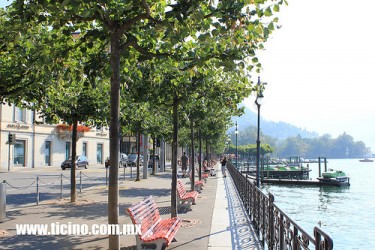 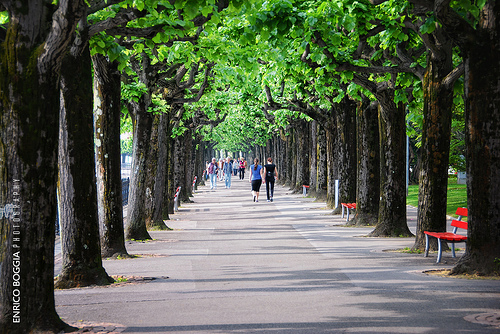 I'm not sure what species the trees are (or if the two photos even show the same species), but what gives them the distinctive look is a pruning system called pollarding. It is generally done in urban settings to keep trees from getting too tall or broad, and the visual impact can be quite stunning. According to Wikipedia, only species with vigorous epicormic growth may be made into pollards. I've seen it done to London plane trees several times.

Here's a question in G&L that covers this pruning technique in more detail.

I grew up around Lake Geneva and we called the ubiquitous urban trees, especially for these alleysways, the "platane".

This article (in french) names the species as Platanus hispanicus, a hybridised form of oriental and occidental species (they probably meant Platanus x hispanica, which confirms That Idiot's identification as London plane). 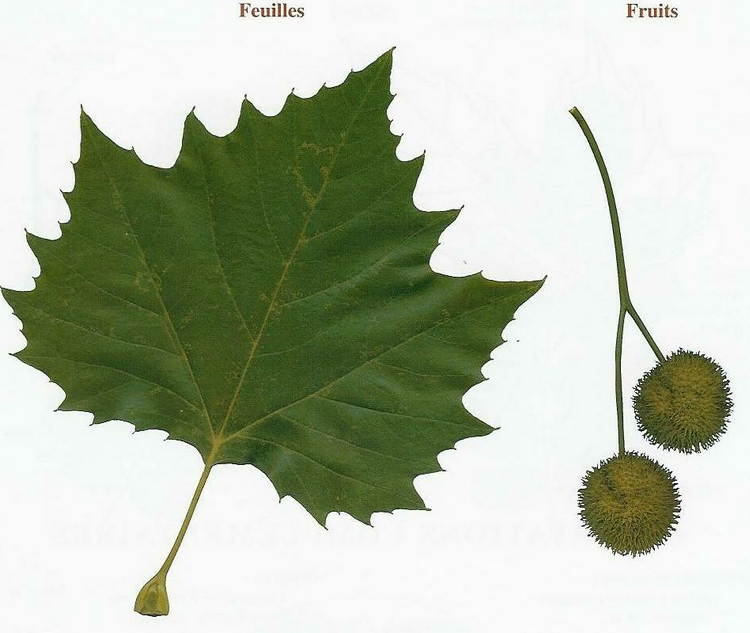 This tree is widespread (5600 in Geneva alone), even though it is an exotic, due to its tolerance of urban environments - heat, pollution or damage to the bark.

The above cited article explains the origin of pollarding in Geneva as to preserve the servitudes of views to the lake from lake side residences. (I just discovered, researching this question, that pollarding is called "en tête de chat" in french, i.e. "pruning in a cat's head", which i find amusing).

It is also encountered unpollarded, quite a handsome tree. Here at University of Lausanne (Dorigny) 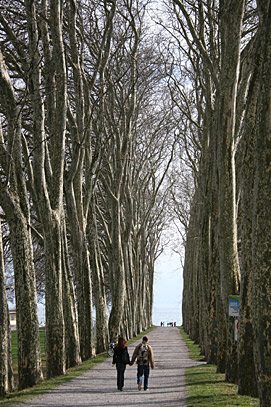 or the Geneva botanical garden 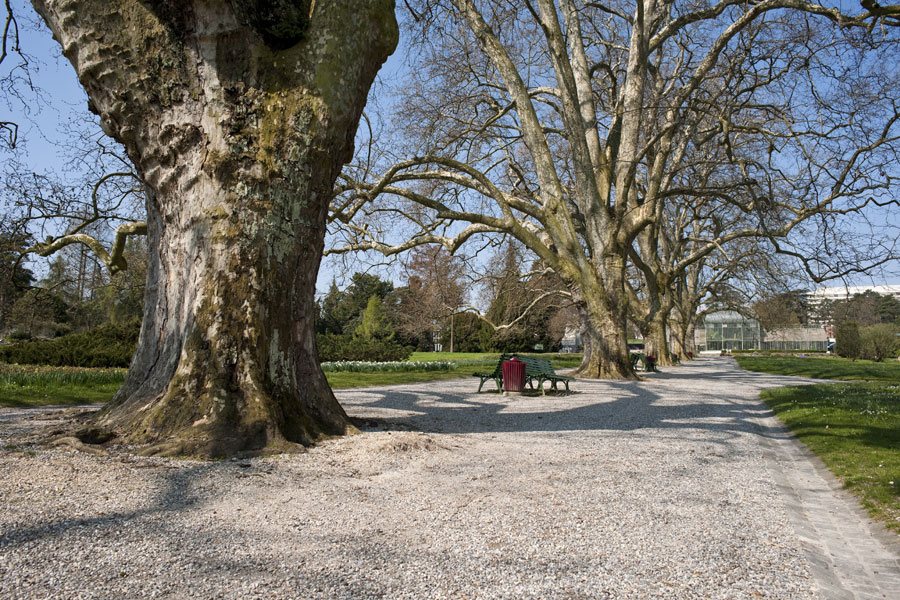 Your question made me nostalgic of Switzerland - i had never realised how ubiquitous and emblematic of Swiss cities it was. Thanks for that wooghie!

5
What is the term for this pruning technique that causes stubby, clublike branches?