What's the best thing to do for a neglected agave?

I have an Agave victoriae-reginae.

This plant has had a hard life. I bought it at a local greenhouse in 2011, and kept it properly all year, on a stump on the hill, with other plants in a collection (which has now dispersed). When winter came, it somehow got overlooked, and remained outside. In early January, it was found and brought to me in its clay pot (which had cracked because the wet mix had frozen) and it was encased in ice from the freezing rain. I set it on the counter, and it thawed out slowly. Then I looked at it, and it was still alive! The outer leaves had dried, but it was surprisingly still alive.

I trimmed it, repotted it, and set it on a shelf in my basement, where there was a grow light installed. The shelf was up against a wall. It went missing soon after, and with all the traffic the area gets, I kind of forgot it existed.

Seems it had fallen behind the shelf, come out of its pot, and lost most of the soil. It must have been like that for almost two years. I just found it now, and it's ... still alive! Much smaller, and very shriveled! 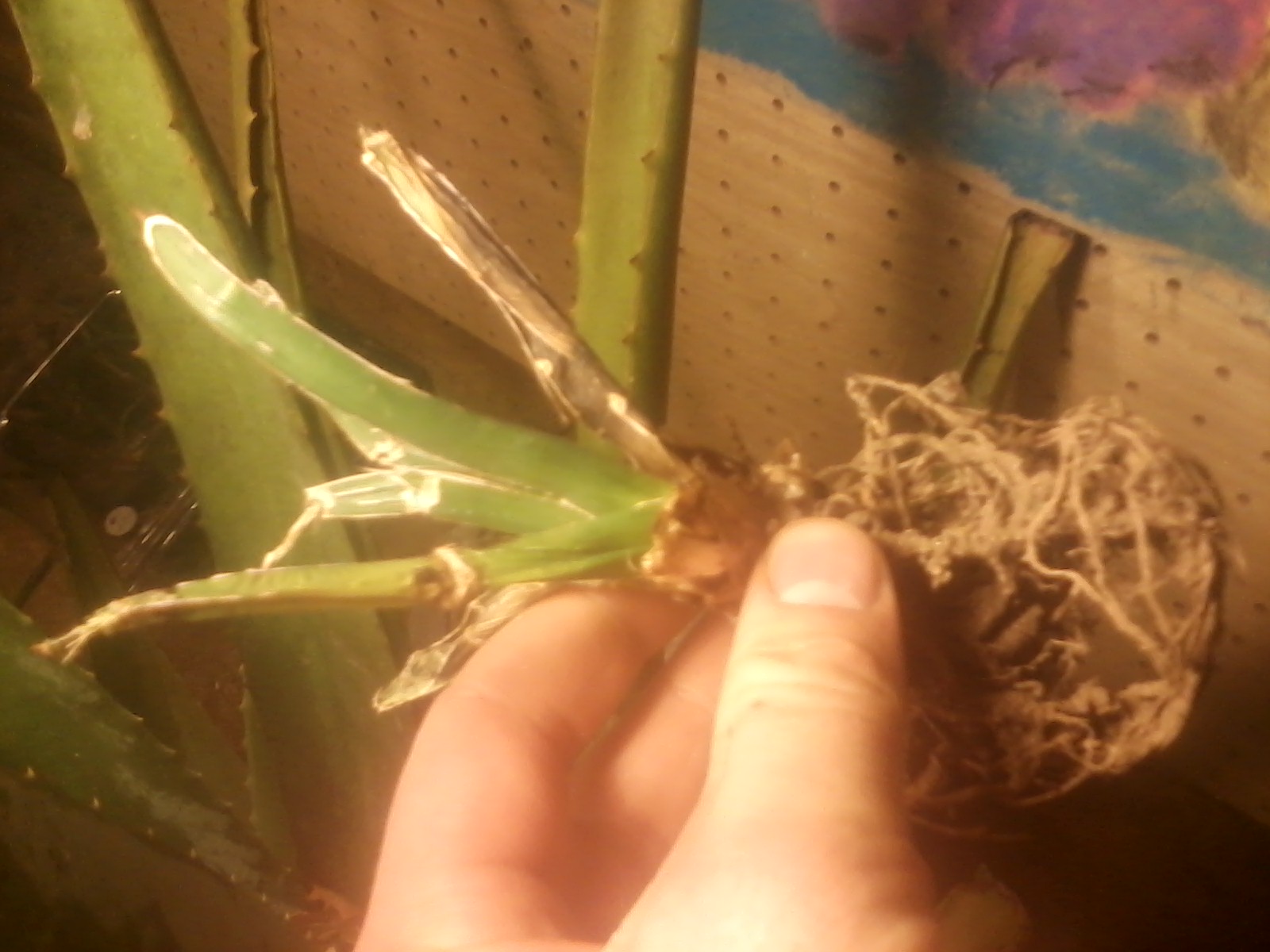 What is the best thing I can do to revive the plant? It's kind of cool how it has survived, I didn't know these were so resilient. Do I immediately put it into good conditions, or break it back in slowly?

Not surprised that the Agave is a trooper! I have had similar things happen with Cactii that were thought to be dead and cut off of or removed from pots only for them to put new shoots out. Why not take a chance, re-pot with fresh potting soil in a sunny, slightly warmer area and give him a chance?

Maybe hold off on fertilizers for a while to give it a chance to fight back?

Not the answer you're looking for? Browse other questions tagged plant-health plant-care container-gardening succulents dryness or ask your own question.

45
How to prevent avocado from drying out indoors?
3
My plants are dropping leaves suddenly and dying. Are they being poisoned?
3
Is my cactus infested with mealy bugs?
7
Are these 'fluffy' cacti healthy?
5
Is All this blackberry plant or is there more then 1 plant?
2
How to introduce an overwintered banana tree back outside for the summer
1
How do I tame my Dwarf Umbrella tree?
2
Can a newly sprouted avocado pit survive despite dehydration?