How do I determine what the soil conditions are where I live?

I am starting to get into gardening since I have a bit of garden space for the first time. When I do research online, I often see recommendations for plant soil quality like "rich, porous, somewhat moist soil" for Hydrangeas. I imagine that soil quality varies by region and climate.

How do I determine what soil I have, so that I can optimally choose what plants will grow best in my area?

I live in Swellendam, South Africa, however I am interested in a more general guide rather than details specific to where I live.

First, dig down to the subsoil to see what your soil base is. Remove a sample, and spread it out. remove all stones, roots, and debris, and crumble the soil into a fine texture. Fill a quart canning jar (clear) 1/4 full with this soil. Fill it about 3/4 of the way with water, so that there is still some air space. Add 1/2 tbs of dishwasher detergent (don't use regular detergent, as it forms suds when shaken). put a lid on the jar. Shake it very well (at least for 5 minutes - it should feel like overkill). Let it sit for 2-3 days. You should then see layers like this: 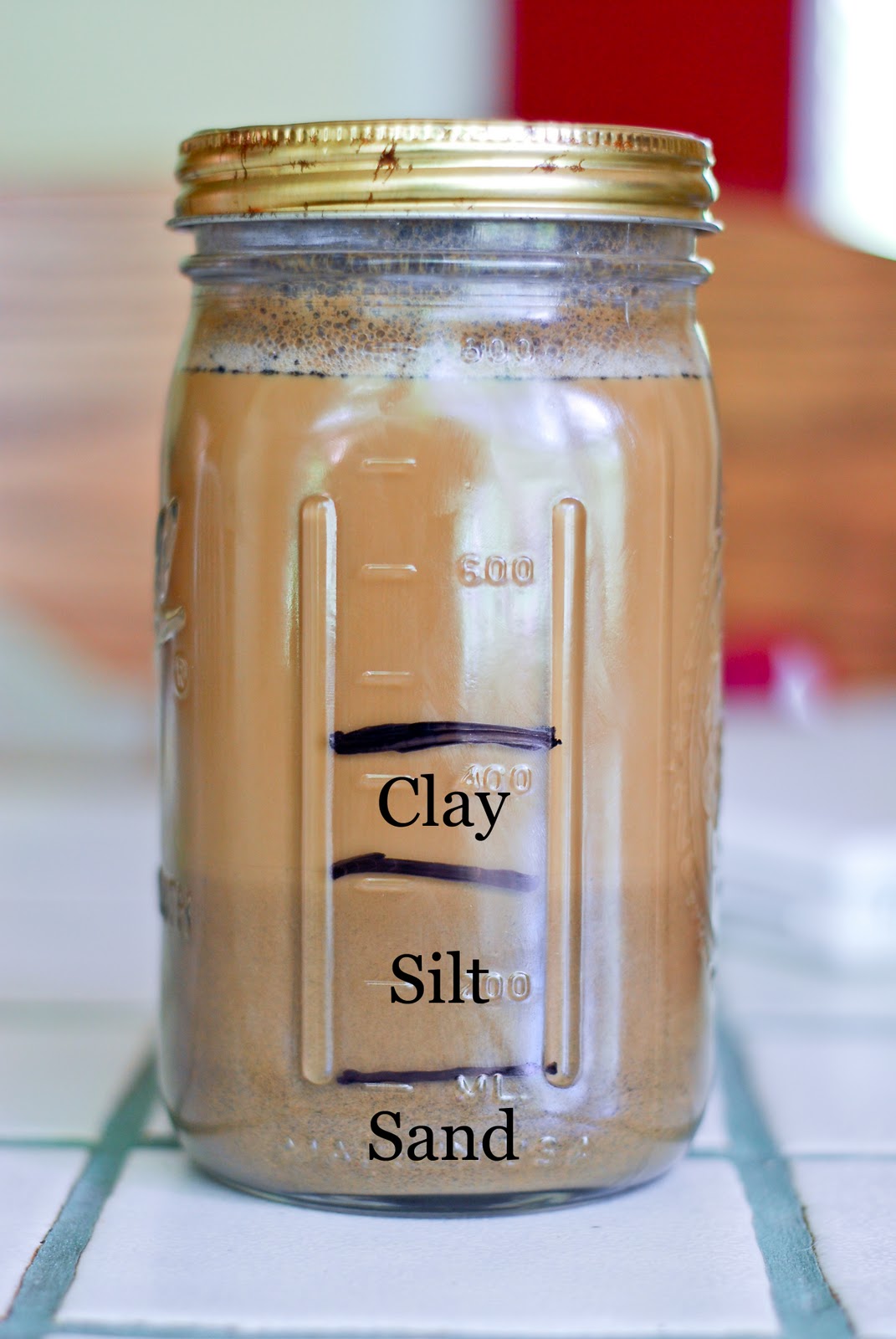 Mark the layers as shown in the picture. The clay may take longer to settle completely. Sitting it longer is better if you can.

Now this works on subsoil because there is no organic matter, which can make this test more complicated. The percentages of particle sizes in the subsoil are the same as those in the topsoil. Here's a chart to find out how to classify this new information you've come up with: 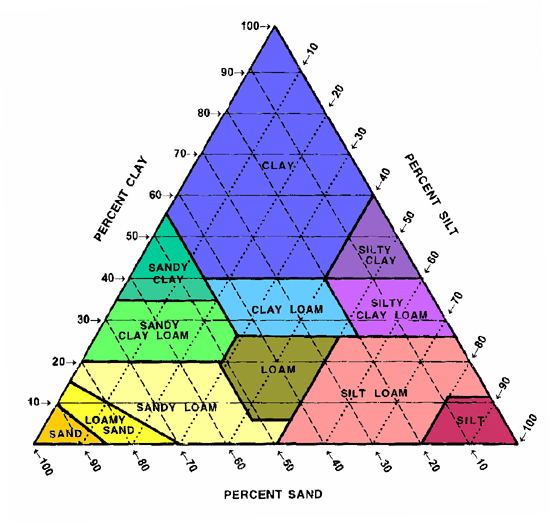 Now for other aspects of the soil, such as pH, om levels, and nutrient profile, you will get best results by sending a sample to a laboratory for analysis. I use my county's extension office. I'm not sure of your local options, you'll have to look around.

There's one or two simple things you can do without finding a laboratory. We don't go in much for soil testing in the UK (unless it's critical because there's a major problem) so, first and most important, have a look around your area and see what's growing in the ground, and growing well, either in people's gardens or in the wild. I know there's a lavender farm in your region, so the soil where that's growing is probably free draining and fairly light, possibly gritty. The second thing to do is pick up a handful, particularly when its moist - squeeze it and see what happens. If it goes into a solid, sticky ball, there's a high level of clay present; if it remains open and sandy feeling, then it's light and sandy or gritty. If some of it clings together and other parts don't, you may have a high percentage of loam. Dig some over and check whether its full of pebbles or rocks, or even flint or chalk. Dig down a spade's depth and see what the soil looks like at that level, whether it's a different colour and texture. You could also do a ph test, kits are usually available most places, though they're often unreliable, and should only be taken as a very rough guide.

Plants like lavender and other herbs don't appreciate heavy, rich, fertile soil too much, but most plants benefit from a soil that's been enriched with humus rich materials (composted animal manures, garden compost, that sort of thing). These also improve the water retention in light soils, and help to improve very heavy, clay soils.

If you have places that sell plants similar to garden centres or plant nurseries, they may be able to advise you what grows well in your area - once you've discovered plants that do grow well locally, by looking at what soil conditions they like, you'll have more idea what type of soil you've got, though it's not 100% as a guide - water availability makes a huge difference to a plant's growth.

10
What are the best tools for testing soil?
9
Is it possible to do my own extensive soil/organic matter testing?