I've caught unknown insects in my sticky trap. Do I need to take any action?

What have I caught and do I need to take any action?

This is the result of one of my sticky traps. I lay them flat on top of the soil. The trap is 2 sided which is why you see the shadows of other insects.

In addition to (I think fungus gnats) I have caught these critters. Out of the 4 places where I placed sticky traps only 2 have these. And only 1 is covered in these things.

The picture I took is from the most infested trap. This particular trap is about 10cm/3" square. It puzzles me since they appear to be wingless.

My plants sit in pots on my balcony. There is no other foliage around.

I set new traps today. As an experiment I set the traps vertically rather than laying them down on the soil. Minutes later I started to see these small insects jump onto the bottom of the traps. So they are definitely not dropping from somewhere. 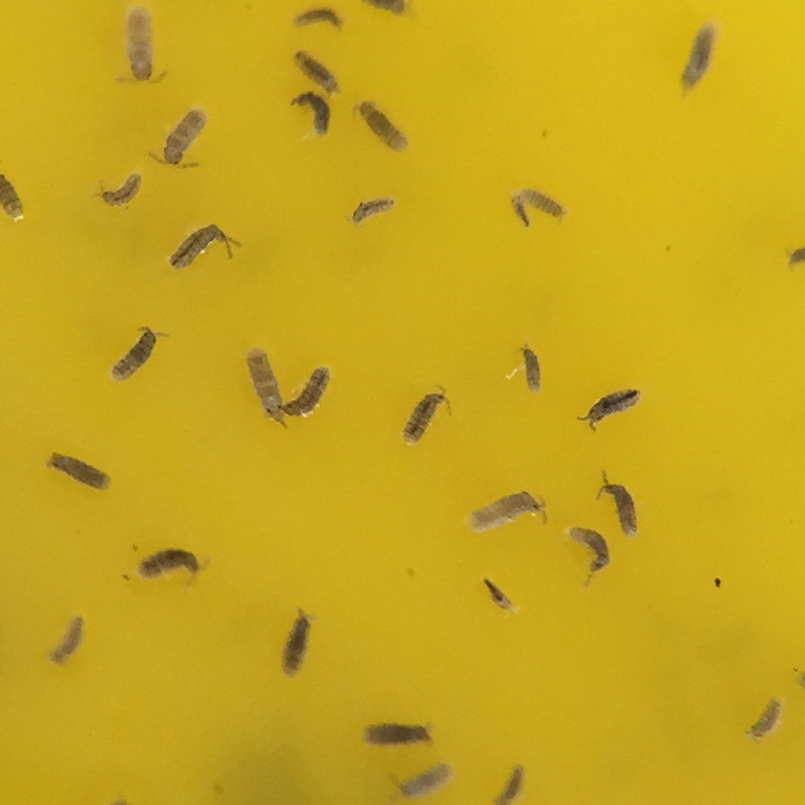 This small section is representative of the entire trap. It's literally covered in them.

From their looks, and from how you described their movement,

I'm fairly positive these are some type of springtail. From Wikipedia:

Springtails are cryptozoa frequently found in leaf litter and other decaying material, where they are primarily detritivores and microbivores, and one of the main biological agents responsible for the control and the dissemination of soil microorganisms.

In sheer numbers, they are reputed to be one of the most abundant of all macroscopic animals, with estimates of 100,000 individuals per square meter of ground, essentially everywhere on Earth where soil and related habitats (moss cushions, fallen wood, grass tufts, ant and termite nests) occur.

While some species can be agricultural pests, they are actually usually beneficial, because they feed on fungal pant diseases, and can also carry spores of mycorrhizal fungi and mycorrhiza-helper bacteria on their tegument.

I'm not sure which species you have, but they are not likely damaging your plant.

A good article on springtails can be found here.

Not the answer you're looking for? Browse other questions tagged identification insects or ask your own question.