Can someone identify this white flowering plant? 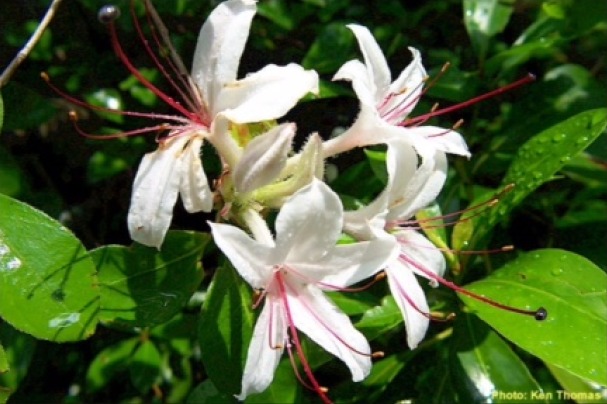 Can someone help me identify this plant that resembles honeysuckle?

It's not a honeysuckle (Lonicera) - judging by the leaves and the shape of the flowers, plus the 'bobbles' on the stamens, it's most likely a Rhododendron (in particular, those formerly known as Azalea) hybrid, probably a fragrant one, but I don't know which one - there are hundreds, if not thousands, many of which are not named.

The site you got that picture from is, in fact, a fragrance/perfumery site - 'honeysuckle fragrance' does not mean the scent necessarily came from a honeysuckle plant.

UPDATE 18/10/14: This plant is, in fact, Rhododendron arborescens, commonly known as sweet azalea. It's strongly fragranced, said to be similar to heliotrope, and is deciduous.

Not the answer you're looking for? Browse other questions tagged identification flowers shrubs or ask your own question.