Blueberry leaves that curl and then brown

I live in Sunset zone 17. I purchased a pair of blueberries in February. I transplanted them into five gallon pots, and used a mix of potting soil and coconut coir that drains pretty well. I also amended with sulfur to make the soil more acidic, and have given them an E.B. Stone fruit tree/bush fertilizer once every couple of months.

One, a sunshine blue, has been doing great the whole time. It is still producing nice healthy growth. The other is an earliblue, and it has been getting steadily sicker. Initially, the leaves curled down, but were mostly still a nice green. They started browning (and becoming brittle) from the center of the leaves. Some of the newer growth is also looking chlorotic.

I thought the bush might be getting root bound, so I transplanted both blueberries into a single large oak barrel with roughly the same soil mix. The sunshine blue is still looking happy, but the earliblue symptoms continue to get worse. The picture shows some of the worst leaves on the bush (I've been removed leaves as I notice them).

I think my watering is not the problem. I have not let the soil dry out completely, but it is never soggy either. I would appreciate any help figuring out what is going on. 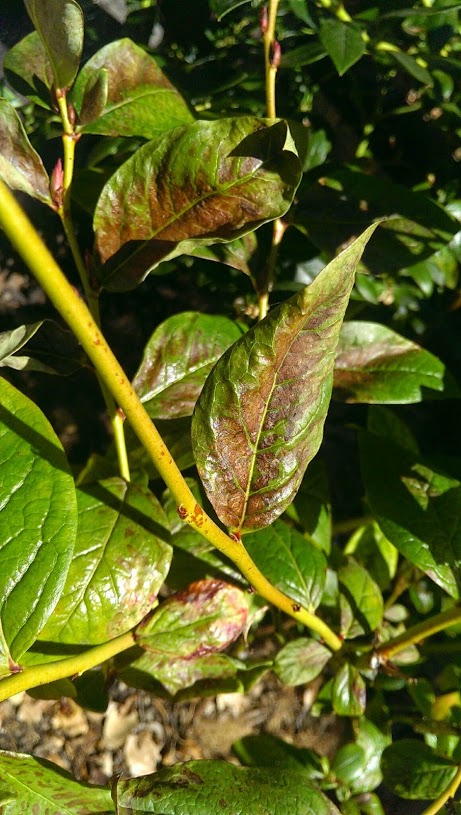 I think the best place to start is by testing the soils ph.

These may be useful to read:

If your Blueberries are potted, the easiest way would be to buy acid potting soil from the nursery.

A couple things to check for, aside from the pH levels, would be the Nitrogen and the Nitrates. The Nitrogen content should be fairly high, and the Nitrate content low. It's possible that high nitrates could be causing the burn.

Another thing to watch out for, is when you water, don't water the leaves of the plant, as it increases the likeliness of fungus growth. 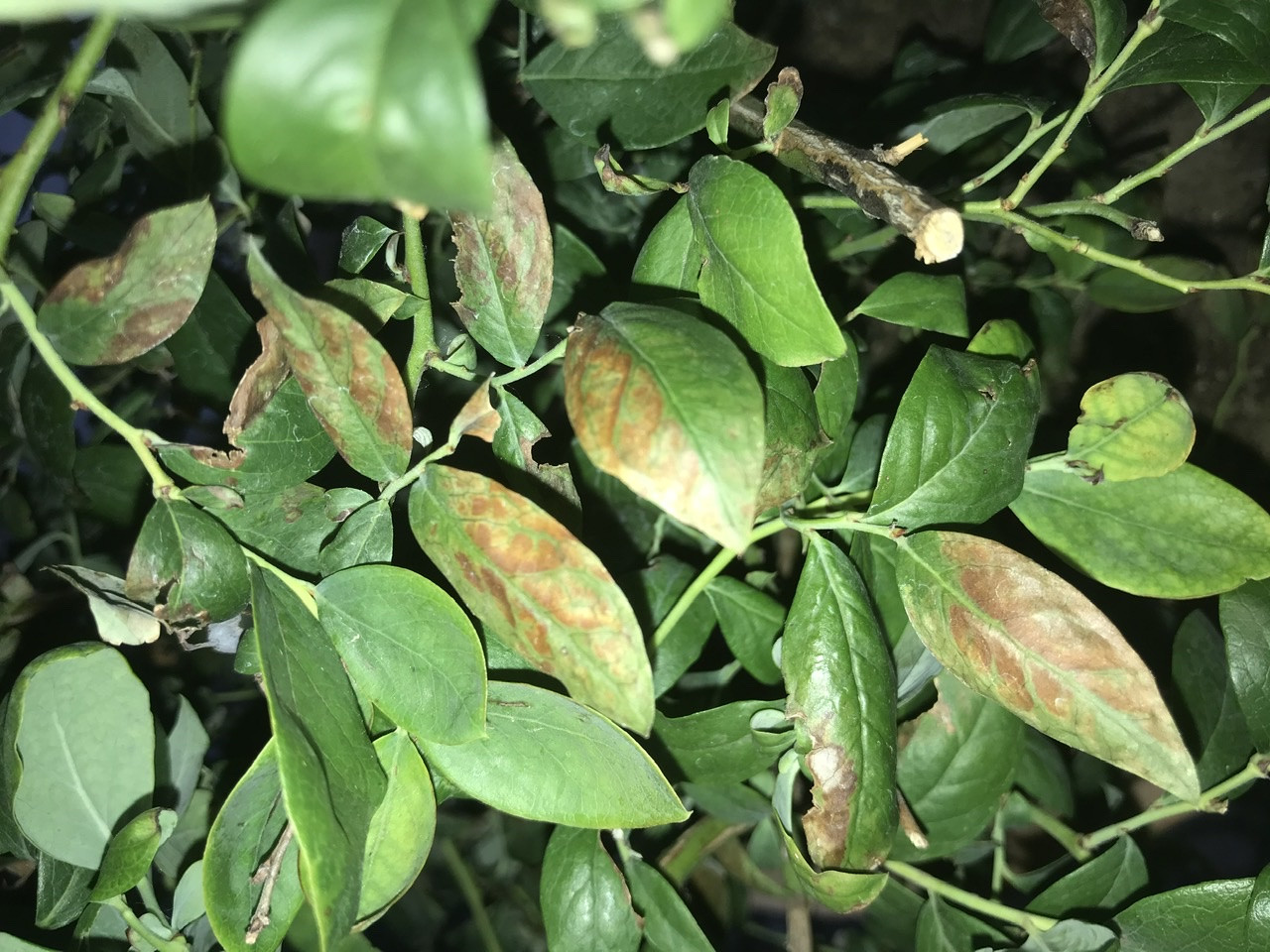 Looks like sunburn to me. My leaves looked the same and it was from full sun all day long in high heat dry climate we have in NM.i had to move to afternoon shade

Not the answer you're looking for? Browse other questions tagged blueberries or ask your own question.