Which is this plant with purple flowers and elongated, opposite leaves?

Found this plant in a nursery around Central India. Not sure whether this is an indoor or outdoor plant. Want to know the species and tips about its upkeep 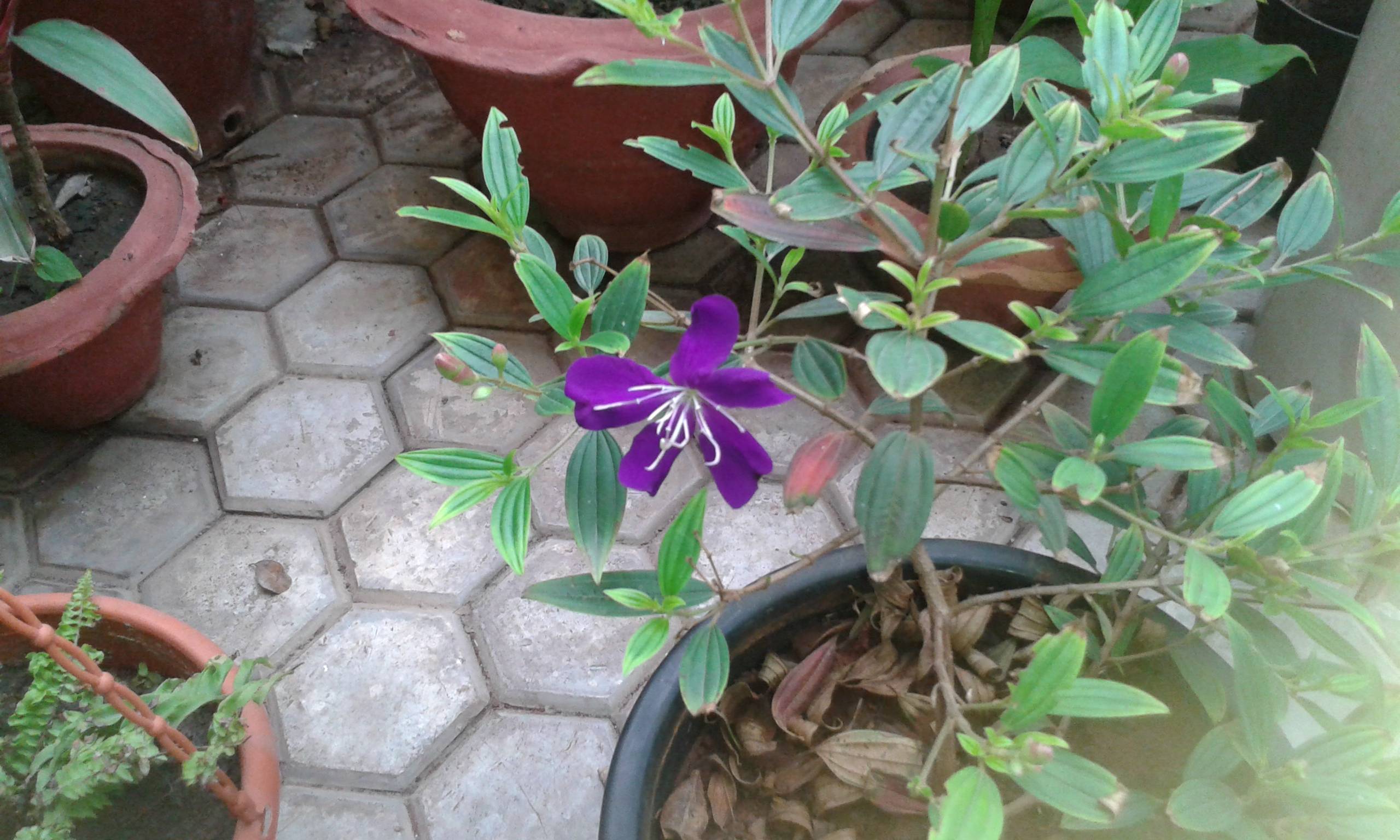 It looks like Melastoma malabathricum, commonly known as the Indian Rhododendron, or Tibouchina is another name used mostly in the West, though it is synonymous with Melastoma. It's considered a tropical plant because it won't tolerate temperatures below about 5 deg C very well, though it copes with a bit of light frost. Does well outside provided temperatures are suitable. Prefers not to be in full, very hot sun, morning sun is fine, though it will adapt gradually to full sun if it has to - it is evergreen. This particular example looks as if its suffered from heat/direct sun or a bit of drought in its pot. USDA hardiness zones are listed as 8-12, but in zone 8, they may die back and regrow in spring. Even so, in my experience in the UK (mostly Zone 8) these are easily killed in winter outside, particularly in pots. Needs fertile, moist soil that drains freely, but doesn't constantly dry out.

As far as I can tell, Central India, if that's where you are rather than just where you found the plant, does not experience temperatures below 5 deg C, so this plant should be fine planted outside.